Pinball machines; depending on your age, you might know all about them. Once, considered so evil that New York City banned them. Wasted youths (juvenile delinquents) spent days and nights hanging out in pinball palaces. They were so ubiquitous, “The Who” even made them a central part of their rock opera, “Tommy.”

These were video games before there were video games. You pulled the knob, the ball flew and then dropped down to the bottom. Along the way, you tried to control its movements by using the left or right side flippers, or you rocked the whole thing carefully. If you rocked it a little too hard, the game would stop and “TILT” would light up on the scoreboard. Game over.

Of the few memories I have of my father, him showing me how to play pinball at Grand Central Station is one of my favorites. It was the early 60s, and we had just seen his mother off on her train journey to Chicago. Thinking back on it, the whole experience of Grand Central was like something out of a 40s movie. Men in hats, ladies were wearing gloves, the black porters moving luggage here and there, and conductors yelling, “All Aboard.”

Yeah, I have quite the memory of that place and those pinball machines. It is my curse to remember times in my life with such clarity and detail. Even as a child, I noticed everything. I absorbed those memories onto the movie film; that was my memory.

And of course, this is one of the reasons why I needed to take pictures. It was only a few years later that my father would be dead and me with my handful of memories of the “good times” trying just so hard to keep him and them alive. One of my favorite memories of my Dad was him crouched down behind me, helping to steady his Rolleiflex in my hands. It was my first time taking a picture. It was of a ship under the then under construction Verrazano Bridge. The same bridge that he watched being built from his hospital room his last time there.

It literally took me decades to understand why I must document my world. Must? Had to! The times when I turned from photography and my undeclared mission to document everything was the saddest of my life. Profoundly.

So while I probably have a good grasp on why I make pictures, for a long time, I hated them. Especially these old ones. While many people over the years said that I should “do something” with my pictures, I couldn’t tell them that dealing with them was so painful.

A few years ago, during a particularly dark time, I had the great good fortune to meet Sarah. She was a young psychologist who was able to pick from the background noise of sadness that my greatest struggle was coming to terms with my pictures. She changed my life.

But these old pictures. These ones of Brooklyn in the 1970s when I was a student, so young and naive can fill me with joy, then depress the hell out of me. This memory of mine remembers almost all of the details surrounding each and every one of them. Who I was with, where we had come from, and where we went after. The reaction of my subjects when I either asked them or didn’t care about taking their picture. I remember my relationships and the state they were in. Every hurtful word or decision I made and over time, the realization that I had no idea how to behave in them.

The images remind me that I am much closer to the end than I am to the beginning. It scares the hell out of me sometimes. Because I think I didn’t do enough or try as hard as I should have. Shouldn’t I have a lot more pictures than this… and romances… and friends… and untainted good memories?

Maybe I should, but there is nothing to be done about that now. Which in my older age, I have learned to accept with great aplomb. I’ve even learned to be stoic about so many of the things that used to torture me.

Right now, we are all supposed to be locked down. This pandemic is nothing like anything else I have ever lived through. And I lived through disco. The reason we are supposed to avoid each other and stay indoors is that there is a genuine possibility of being made dead by the disease “out there.” Not the dead you thought about as a kid. Not how you would be remembered by your kids and not the death of those who have gone before you. Your death.

What is the legacy I will leave behind?

Yeah, I was s**t at relationships and money and responsibilities, but I did make some damn good pictures. When I’m gone, only they will survive, I hope. Any sadness I know about them will be gone, and they will stand on their own without me being their helicopter parent of regrets.

I might very well never be able to do any more street work. Why? Because for the past 2 years, I have been stuck in one place because of my back. Not making new pictures was an outside possibility. A wheelchair is not conducive to making my kind of images. And now being in a high-risk group for infection, which is only a matter of when. So the dirt nap becomes a lot more real. That doesn’t scare me. But what has, is the thought of not coming to terms with these old things.

So, I look at all of these images. They span more than 40 years and are my life. A lot of the people I got to meet, the ones I made angry, and the ones I made love me are mostly all here. Also, my failed relationships, fear, and greed represented for your viewing and my contemplation. Of course, you don’t know what I know. That will eventually be gone. They will still be good pictures. I have come to terms with that, I think.

So yeah, pinball. Me and Richey Kaufman going to the Auction (a place with over 100 pinball machines) so he could beat me every damn time. He was my best friend, if I ever had one. We did everything together. First girlfriends, driving, divorce, and The War. There were a lot of things to think about for a young man in the late 60s. Rich was good at everything that I wasn’t. He was the first guy I could honestly tell you that I loved. I f**ked that friendship up too. But, most of my memories of Rich Kaufman and pinball are very lovely. I even have the pictures to prove it.

P.S. My Subway book is available through Etsy: 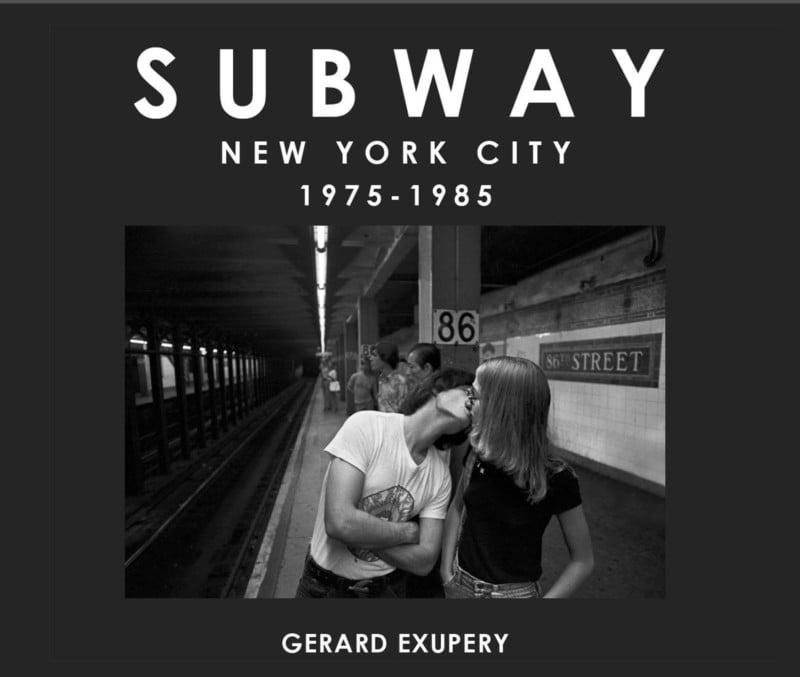 About the author: Since 1975 Gerard Exupery has used photography to document the subways, streets, and people of New York. The opinions in this article are solely those of the author. Exupery studied at The School of Visual Arts and with Lisette Model at the New School. Though Mr. Exupery has been a photographer for more than 40 years, only recently, he has begun to show his work. You can find more of his work on his website. This article was also published at 35mmc.

AP Photographers Will Only Shoot Sony From Now On