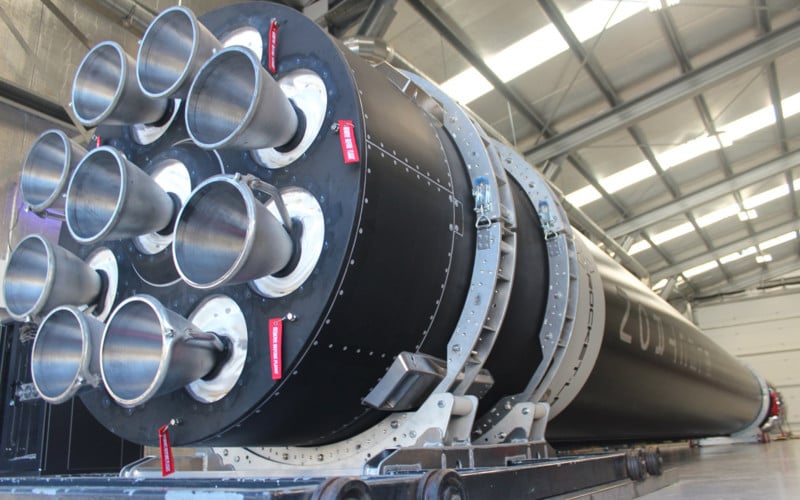 This past weekend, Canon was planning to launch its 5D Mark III-based CE-SAT 1B satellite camera into orbit, but it was not meant to be. The satellite was supposed to go as part of Rocket Lab’s aptly named mission “Pics or It Didn’t Happen,” but the Electron vehicle experienced “an anomaly” and all 7 micro-satellites onboard—including Canon’s—were destroyed.

The CE-SAT 1B is a high-resolution micro-satellite based around the image sensor from a Canon 5D Mark III. Canon Electronics launched an experimental version of the satellite in 2017, and the Mark II (the 1B) was the mass production version of this concept. By now, it was supposed to be in orbit; however, due to an “anomaly” about 4 minutes into the launch of Rocket Lab’s Electron vehicle on July 4th, the satellite was lost.

Rocket Lab CEO Peter Beck apologized for the failure on Twitter shortly after it happened:

We lost the flight late into the mission. I am incredibly sorry that we failed to deliver our customers satellites today. Rest assured we will find the issue, correct it and be back on the pad soon.

Later in the day, the company published a press release in which it apologized once more, and vowed to discover the anomaly and correct it for future launches.

“Today’s anomaly occurred after 11 consecutive successful orbital launches of the Electron launch vehicle,” reads the release. “Rocket Lab currently has more than eight Electron vehicles in production, ready for a rapid return to flight as soon as investigations are complete and any required corrective actions are in place.”

You can watch a livestream of the launch below. The video feed from the rocket abruptly freezes around the 22:12 mark and never starts back up again; around 22:45, the rocket begins losing altitude; at the 23 minute mark, an engineer can be heard saying “all stations […] initiating mishap response plan”:

If you were excited to get some Canon satellite images to peruse, have no fear. According to a press release on SpaceFlight.com, Canon already has a 2B version of the CE-SAT prepped and ready to go up on another Rocket Lab mission later this year.

(via BBC via DPReview)