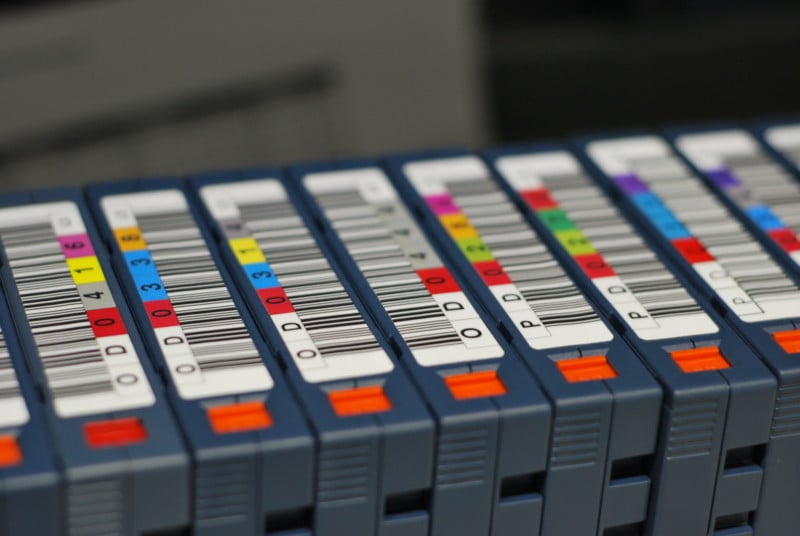 Leaps in storage capacity are pretty common these days. However, the biggest jump in archival media storage won’t come from spinning disks or solid state drives—Fujifilm is currently working on cramming an incredible 400TB worth of of capacity onto a single magnetic tape drive.

Tape storage might seem antiquated, but it’s still the preferred media for long-term archival storage in the enterprise space. While it might be slow—incredibly slow, in fact—it’s perfectly fine for storing years worth of photos or video footage that you may never access again, but don’t want to throw away.

Only two companies still make tape media, Fujifilm and Sony, and according to a report by Blocks & Files the former is actively developing a new technology that would allow it to cram a whopping 400TB onto a single storage drive. That makes the current 15TB “world’s largest hard drive” sound like a thumb drive from 2004.

The main type of magnetic tape storage in use today is called Linear Tape-Open, or LTO, and the current generation (LTO-8) maxes out 12TB of raw capacity. LTO-9, maxing out at 24TB per cartridge, is expected to hit retail this year.

As Blocks & Files explains in their exclusive report, current LTO formats all use magnetic tapes coated in Barium Ferrite (BaFe), but Fuji is proposing using Strontium Ferrite (SrFe) instead. Because SrFe is a smaller molecule with “superior properties” to BaFe, this would allow for higher density storage on the same amount of tape.

Specifically, Fuji believes that SrFe-based LTO cartridges will be able to achieve approximately 224Gbit of storage for every square-inch of tape, allowing for the aforementioned 400TB in maximum capacity before they have to move on to another element. 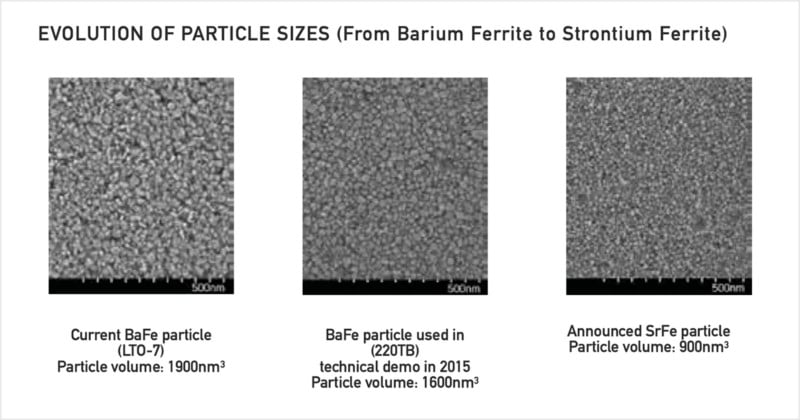 Unfortunately, it’ll be a while until we actually see a drive like this in action. Each successive LTO generation generally doubles in size and takes about 2.5 years to materialize, so we don’t expect to see anything near 400TB until LTO-13, which AnandTech estimates will only hit retail in the year 2030. But this is good news all the same.

While most photographers aren’t rushing out to buy LTO cassettes and modern tape drives for home use in 2020, these expected leaps in archival storage capacity are thought to be critical to the continued growth of secure long-term storage solutions, just as stills and video files continues to get bigger and bigger.

Whether you’re shooting thousands of 100MP medium format RAW files, or you’re interested in dabbling in some 8K RAW video with the upcoming Canon EOS R5, this technological leap may help ensure you have a place to store all of that footage when the time comes to back it up.