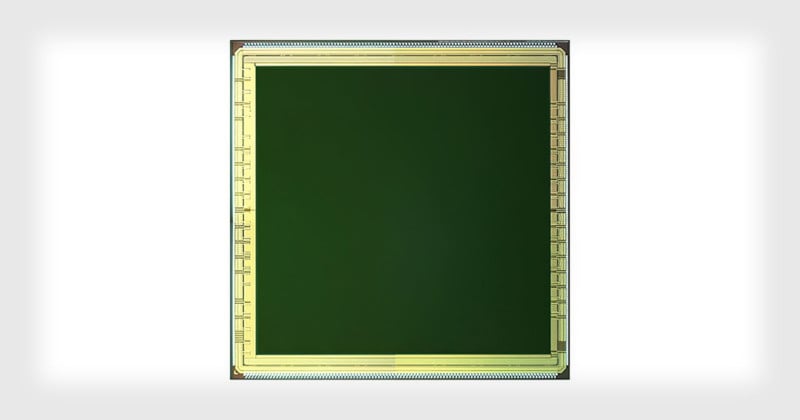 The traditional CMOS image sensors found in today’s digital cameras receive photons and convert each one into a single electron, and these electrons are used to figure out how much light hit each pixel on the sensor over the course of an exposure.

SPAD image sensors, on the other hand, features an electronic element at each pixel that receives a single photon and turns it into an “avalanche” of electrons, resulting in a relatively large electrical pulse.

This means that compared to CMOS sensors, SPAD sensors have far greater sensitivity when capturing photos (and far greater precision for things like measuring distance).

The problem with SPAD sensors is that it’s much harder to scale the technology to higher pixel counts. Canon’s groundbreaking sensor features a new circuit technology and uses photon counting for its 1-megapixel resolution. The sensor’s global shutter allows every pixel’s exposure to be simultaneously controlled.

So what does the ultra-high-sensitivity allow the sensor to do? For one, the sensor can expose images in as little as 3.8 nanoseconds to overcome various distortions. The sensor can also capture high-speed footage at 24,000 frames per second — albeit with a 1-bit output — allowing users to shoot slow-motion of fast movement.

The sensor has a high time resolution as precise as 100 picoseconds, which means it can determine pretty much exactly when a photon reaches a pixel. This allows the sensor to figure out distances of objects through Time of Flight (ToF) measurements, useful for things such as self-driving cars and 3D cameras.

“Thanks to its ability to capture fine details for the entirety of events and phenomena, this technology holds the potential for use in a wide variety of fields and applications including […] natural phenomena including lightning strikes, falling objects, damage upon impact and other events that can’t be observed with precision by the naked eye,” Canon says.

While it’s unclear when we may see these sensors in real-world applications, Canon says it will continue to “advance its innovative image sensor technology” and “further expand the possibilities of what is visible.”

Why Does This Legendary Black Photographer’s Work Continue to Resonate Today?