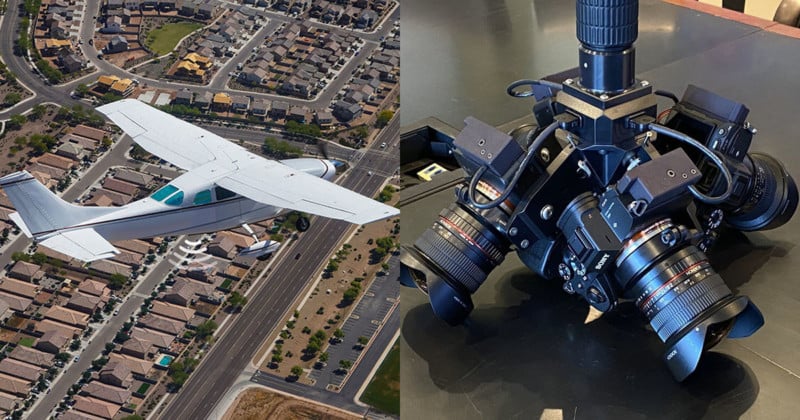 AerialSphere is a Phoenix-based aerial mapping company that provides 360 degree imaging built for 3D software. “Our mission is to take the blinders off traditional mapping technology and allow our clients to see the world in 360° clarity.”

Below is an example of what they are capable of creating.

So, how are they able to create such detailed views in their software? The answer is a complex camera rig located beneath their Cessna C206. 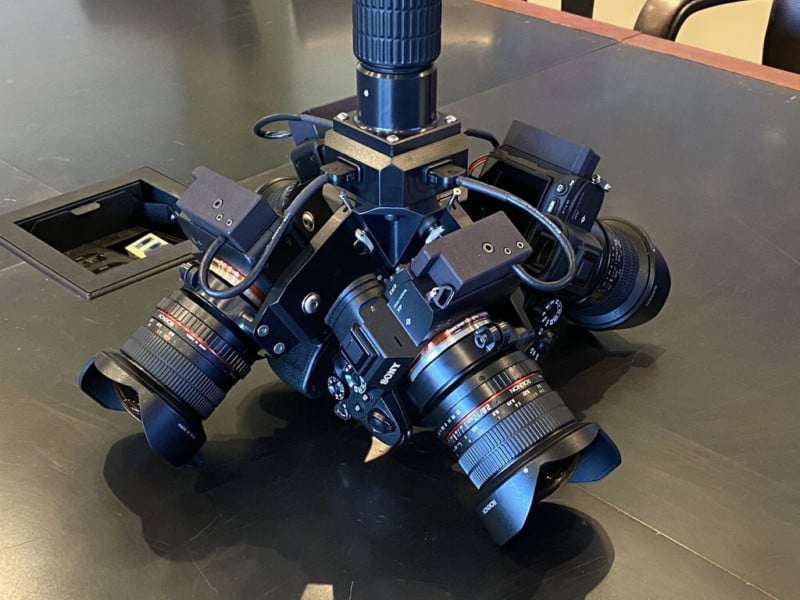 The rig is accompanied by four Sony a7R IV’s sporting the Rokinon 12mm f/2.0 lens. With the cameras angled downward, they are able to get complete coverage minus a small blindspot above, which is where the aircraft is. Being able to see the aircraft isn’t needed so their setup works perfectly.

I chatted with Vice President Josh Benveniste to learn more about the setup.

Me: How long did it take to create the camera rig?

Josh Benveniste: Approximately two months to design and another month to machine and build the prototype.

What made you decide to use the Sony a7R IV?

We chose the a7R IV because at the time it was the highest resolution mirrorless full-frame sensor camera. Also, we had previously used the Sony a6000 with excellent results so it made sense to stick with the Sony brand.

What made you decide to use the Rokinon 12mm lens?

We had used the Rokinon 8mm f/2.8 fisheye on our Sony a6000 rigs with very good results. When we decided to go for the full-frame A7R IV, we knew we needed an 11-13mm fisheye equivalent. The Rokinon was the only full-frame lens available.

Are there any cameras or lenses that are either available now or being released soon that you would like to try out?

We’re currently researching some new optics options but am unable to get specific just yet.

How do you capture the images?

The images are sent to a computer in the airplane running our own proprietary app.

On average, how many images do you take on a flight?

We take around 500-1000 images per camera per flight (depending on total square miles flown).

Any exciting plans for the future of AerialSphere?

We are getting ready to launch our new product line, Experience360, which consists of a web app, an API, and a VR App for Oculus, Google Cardboard, and iOS. This should be live in early June and will make our amazing technology more accessible to the masses and will truly change the way people experience maps & give people the ability to easily integrate Experience360 into their platforms. 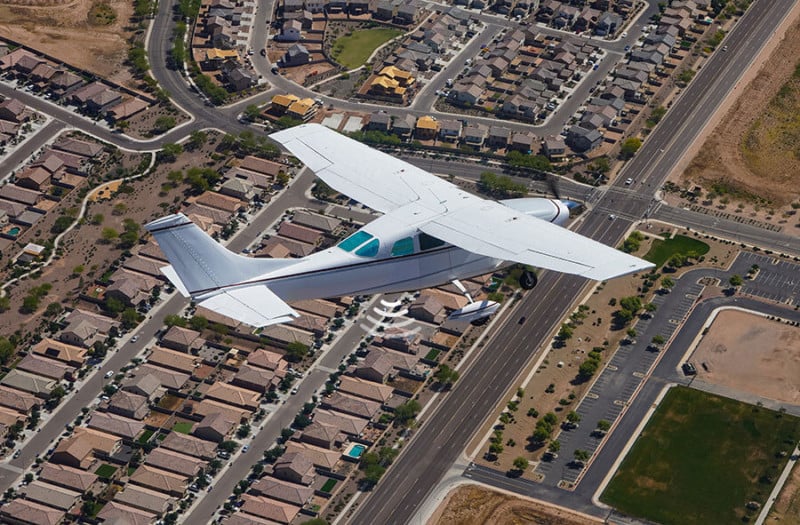 The all-in cost for the system, including the camera bodies, lenses, and GPS triggering system is around $75,000. However, that doesn’t include the proprietary deployment mechanism that allows for easy extension and retraction.

About the author: Mason Dahl is the founder of Buried Sense, a new photography editorial that features interviews and photo news. Head on over to Buried Sense to read more of Dahl’s articles. This article was also published here.

‘Where Did You Shoot That?’