Engineer and YouTuber Ben Krasnow over at Applied Science has put together a fascinating little optical demonstration that explains the physics behind ‘hypercentric’ optics and how they allow you to see around and behind objects. He even shows you how to build your own.

“Telecentric and hypercentric optics are very different from our eyes or normal camera lenses,” explains Krasnow in the video description. “They have ‘negative’ perspective or no perspective, respectively, leading to very unusual images.”

In the case of this video, Krasnow uses a regular fresnel lens to create his own hypercentric lens and capture images like this: 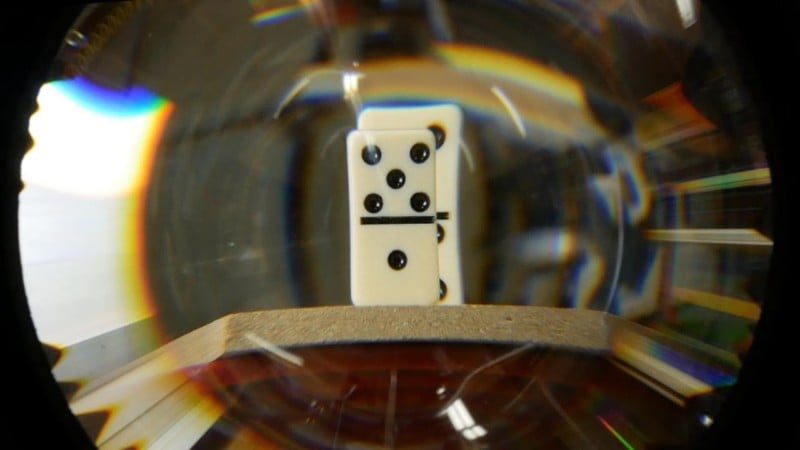 That bigger domino isn’t a double-image or distortion, it’s actually behind the first domino. That’s what Krasnow means by “negative” perspective. Objects further away actually appear larger, making this lens capable of seeing around and behind objects as long as the front lens diameter is larger than the object you’re trying to see around.

Once he demonstrates this with several examples and explains the physics behind it, Krasnow then shows you how to build your own hypercentric lens system using a simple 200mm diameter fresnel lens, a concrete form tube from Home Depot, and a little DIY housing to hold your camera inside the tube.

By placing the large diameter lens in front of your camera, the further back you move the camera and its aperture, the more “negative” your perspective becomes, until objects that are farther away actually appear larger than objects that are closer. The final product looks like this: 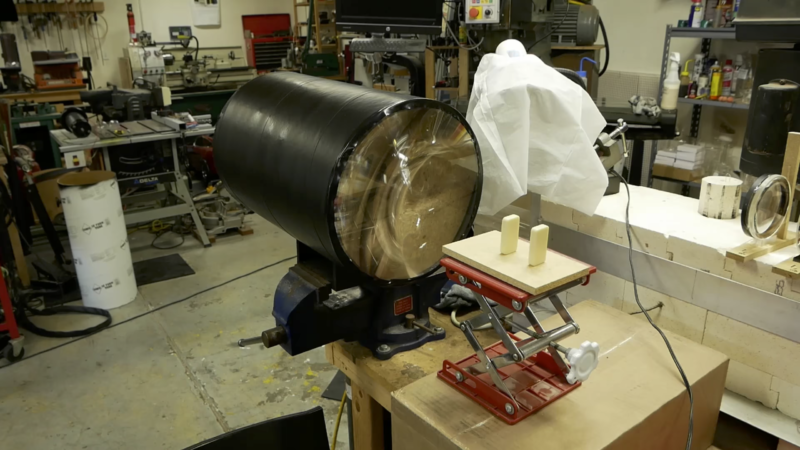 Alternatively, if you don’t want to build something quite so big, Krasnow explains that you can experiment with the same effect using macro extension tubes, though it won’t work quite as well since the front diameter of your lens is so small.

Check out the full video up top for a full explanation of this effect, how it works optically, and how you can build your own telecentric or hypercentric lens at home. It’s not the most practical DIY lens, but it makes for a great science experiment and some very unusual photos.

A Beginner’s Guide to Focus Stacking