As we are in April, the last days of the good weather in Dubai are coming to a close. We had one of the rare strong rainfalls last week here in Dubai. These weather conditions are very rare in the UAE, so I decided to document it as a short 2-minute time-lapse from where I am staying right now, the second tallest residential tower in the world.

I decided to title it WAVES because of how all these clouds — especially cumulus clouds, which are not seen very often in Dubai — were moving in the sky like ocean waves, creating surreal scenes with the outstanding cityscape of Dubai. 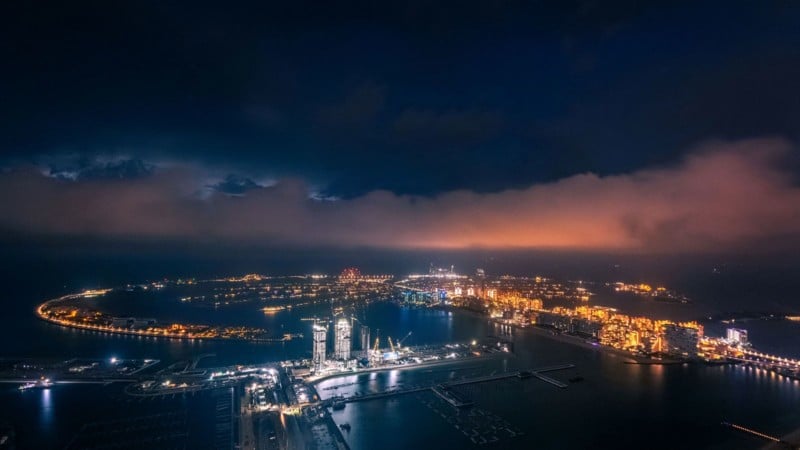 It was a hard task to produce steady frames in a very windy environment. All of these sequences were photographed from the 90th and 82nd floor, where the wind and rain are much stronger than what it is on the ground or at lower levels.

As you will see in the film, the rain clouds were sometimes hitting the balcony I was photographing from. I was literally in the clouds and the fog — it’s these unforgettable moments, these rare occasions, that are a big reason I love cityscape photography and especially Dubai! 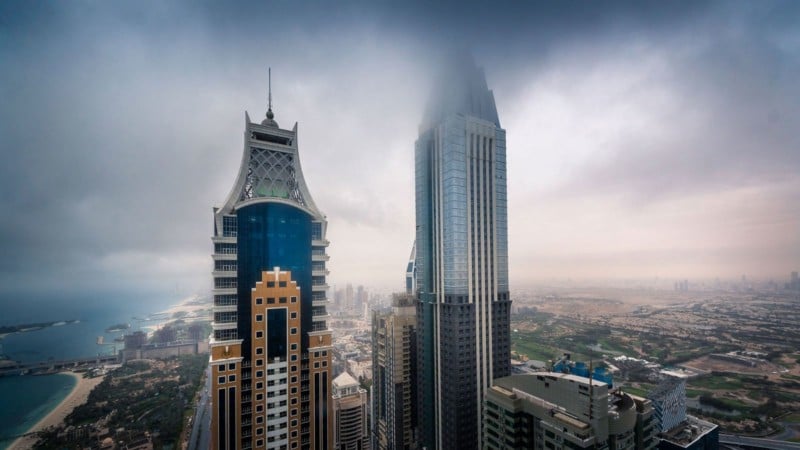 The film had to have artistic and simple scenarios and frames. I liked to have some abstracted shots in which the sky was around 85% of the frames. Letting the stunning Dubai skyscrapers pop from below to make a statement. I had also to study the transition of day to night for the sequence of the sunset at the palm island, the 8th wonder of our modern world! 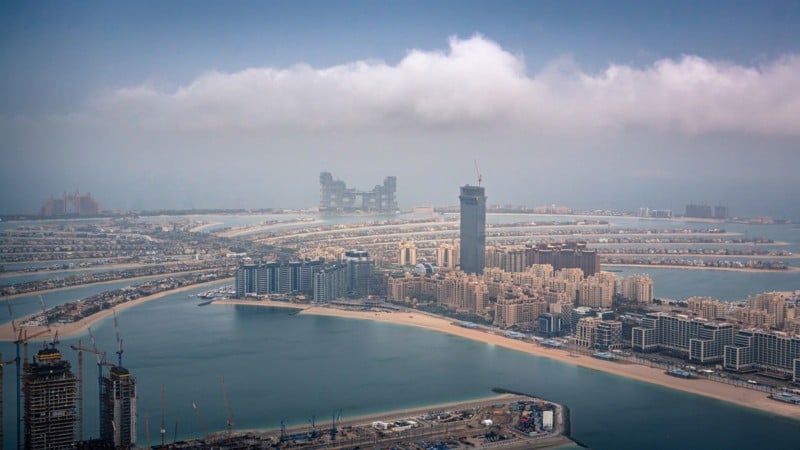 For the post-processing, it was a very long process. Editing the raw files was done in Lightroom and using a plug-in called Timelapse+ STUDIO. It is a useful one and made for time-lapse production. You can create key-frames and then the tool will automatically blend the frame to adjust the light and color changes during some time like the transition from day to night.

LRTimelapse is also a very powerful program. But having Timelapse+ STUDIO integrated inside Lightroom just made my life a bit easier!

Merging the still photos into a time-lapse video was done through Adobe Premiere Pro. The Warp Stabilizer Effect is so powerful and better than the one in Final Cut Pro. That being said, I preferred creating the motion in FCPX, as the Ken Burns tool is so simple and easy that it makes your life easier (it’s a very basic tool, which was more than enough for this project). 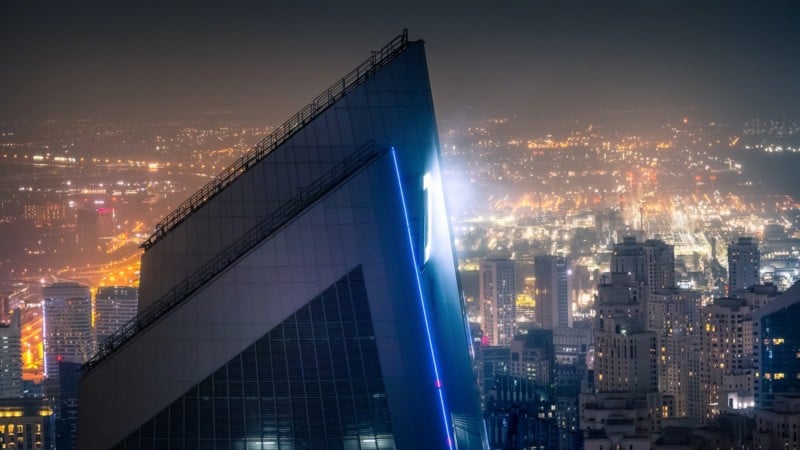 Color grading and final assembling of the whole film was done through DaVinci Resolve 16. Yes, I know there is no need for all of these programs, but there are simply good things in every software that helped make the production so quick — I had to publish the film right after the storm happened or it would be irrelevant.

If I had to choose just one, I would go with Davinci Resolve — the color grading tools are so powerful and the interface is simple for a photographer who is not specialized in video.

I really enjoyed every second of making this short work, from shooting (while being stressed about whether I was getting my desired frames) to post color-grading to choosing the music (a hard task also). I am planning to release a bigger project next year: a film that shows the beauty of Dubai and also Abu Dhabi.

About the author: Ahmad Alnaji is a professional cityscape and architectural photographer. The opinions expressed in this article are solely those of the author. You can find more of his work on his website and Instagram. This article was also published here.

This Sun Eruption Photo Was Shot from a Backyard