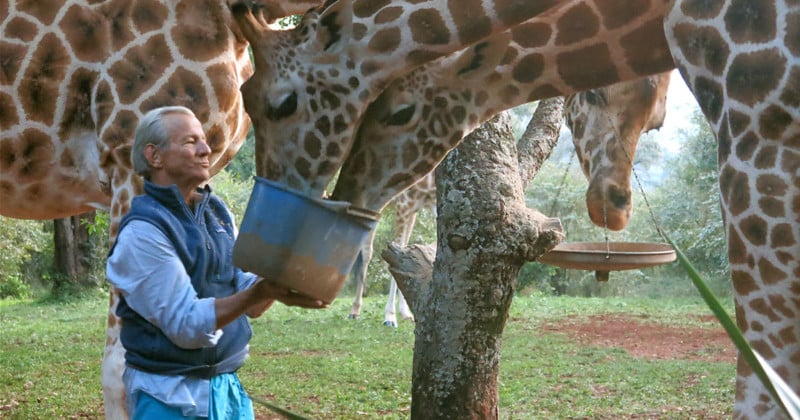 Celebrated wildlife photographer Peter Beard was found dead in the woods on Sunday after a 3-week search sparked by his sudden disappearance. Beard, who was suffering from dementia and poor health, was 82.

Beard first wandered away from his Montauk, Long Island home on March 31st, and authorities weren’t able to locate him despite extensive searches. The photographer’s body was found by a hunter yesterday in a densely wooded area in Camp Hero State Park.

“The remains of an elderly male consistent with the physical and clothing description of Mr. Beard was located in a densely wooded area,” the East Hampton Town Police said in a statement yesterday.

“We are all heartbroken by the confirmation of our beloved Peter’s death,” Beard’s family writes in a statement. “He died where he lived: in nature.”

The cause of death has yet to be determined.

Beard was born in New York on January 22nd, 1938, into a family of significant means — his father’s and mother’s sides of the family had tobacco and railroad fortunes, respectively. After documenting his early life with photographs in diaries and graduating from Yale in 1961 with an art history degree (having switched from pre-med), Beard traveled to Kenya in Africa and photographed the sad plight of elephants and other wildlife at Tsavo National Park.

Photos created during this trip went into the 1965 book The End of the Game, the first of several books by Beard. ““The End of the Game” […] made Mr. Beard’s reputation,” the New York Times writes. “While a few reviewers took him to task for his seemingly uncritical embrace of the romance of the great white hunter, most praised his dynamic photographs and arresting thesis: that the game preserves meant to safeguard elephants were unintentionally contributing to their destruction.”

Beard spent decades photographing Africa and its creatures, and his works have been wildly exhibited and published around the world. His works, which sell for hundreds of thousands of dollars each, are found in countless private collections.

Through his career, one of Beard’s continual areas of focus was mankind’s negative impact on the natural world.

“Tertullian, Leonardo da Vinci, people that know better than us, they all say the same thing… and we do the opposite,” Beard says in a 5-minute profile by NOWNESS from 2013. “They knew that the only creature that could appreciate all this beauty comes on the scene and, sure enough, destroys what only he can appreciate.”

In addition to documenting somber subjects through his lens, Beard personally journeyed through very dark times himself.

“According to a spokesman, Mr. Beard was particularly distressed by the loss of his scrapbook diaries, a 20‐year chronicle begun in 1952 and containing snapshots, ticket stubs, magazine and newspaper photographs and a running commentary,” the New York Times reported. “In addition, the fire reportedly destroyed the only photographic record of the diaries, Mr. Beard’s extensive African collection and a collection of early Montauk photographs dating to 1883 […]”

In 1996, Beard was gored in the right leg by a charging elephant while picnicking in Africa. He was rushed to the hospital and arrived without a pulse, but doctors managed to revive him. The elephant left Beard with shattered ribs, a fractured pelvis, and a damaged optic nerve.

Through his career, Beard also befriended and photographed a wide range of celebrities and icons. And in addition to his art, Beard was also just as well known for his hedonistic and flamboyant playboy lifestyle.

The Observer once wrote that “Peter Beard — gentleman, socialite, artist, photographer, Lothario, prophet, playboy and fan of recreational drugs — is the last of the adventurers.”

Beard is survived by his wife Nejma and daughter Zara.

The Photographic Phases of Depicting COVID-19