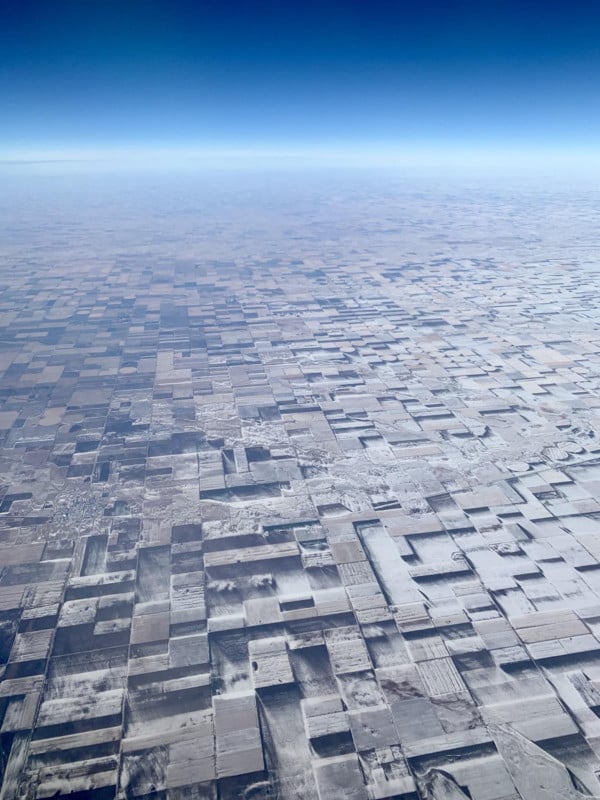 Check out this photo captured from a plane over Colorado. It looks like strange blocks arranged in a grid across the Earth, but it’s actually ultra-flat farmland that has been turned into a 3D illusion thanks to windblown snow.

“I was flying into Denver and looked out the window of the plane,” hoerr tells PetaPixel. “The land is completely flat, but the windblown snow combined with the harvest levels of the winter wheat created the crazy 3D illusion.”

The squares you see appear to be quarter sections containing 160 acres of wheat each, so each side measures half a mile (~0.8km). Most varieties of wheat, on the other hand, only grow 2 to 4 feet (0.6-1.2m) tall.

GoPro Hit Hard by Coronavirus: To Cut 20% of Workforce, Retailers from Sales