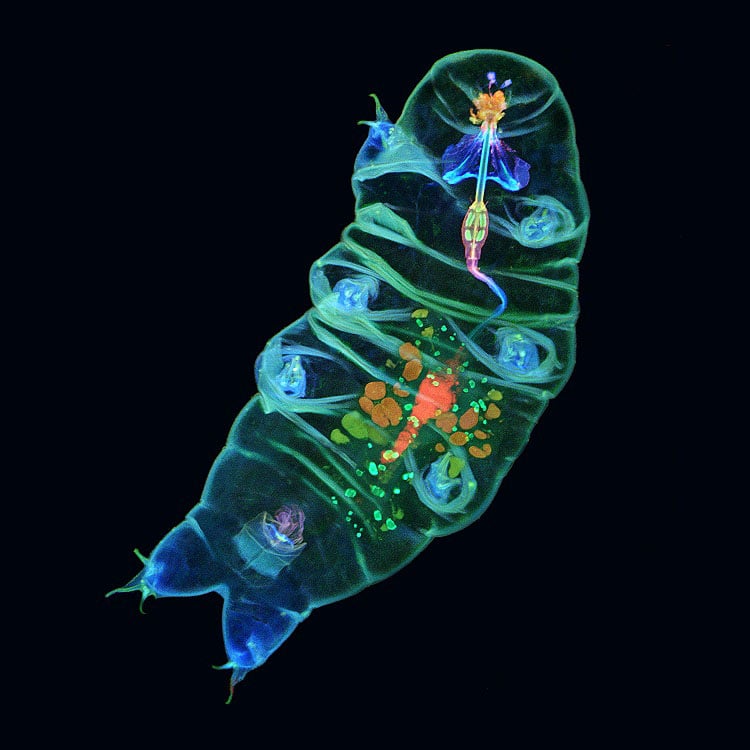 A colorful photo of a tardigrade, popularly known as a “water bear,” has won a top prize in the first-ever Olympus Global Image of the Year Award that was created to honor the best life science microscopy images.

The photo, which won the Americas regional prize, was captured by Tagide deCarvalho, manager of the Keith Porter Imaging Facility at the University of Maryland.

Tardigrades are microscopic creatures that can survive conditions that most other living things would perish in — environments of unfavorable pressures, temperatures, radiation, oxygen levels, and water content.

deCarvalho used fluorescent staining to highlight the internal organs of the micro-animals prior to capturing the photo through a super-resolution confocal microscope.

“I’m able to produce so much color in my images by using multiple fluorescent stains and capitalizing on the natural fluorescence of the samples,” deCarvalho says. “I’m excited about this image because the fluorescent dyes I used allow you to see the tardigrade digestive tract, including the mouthparts and stomach filled with food.”

As part of her win, deCarvalho will receive a $900 Olympus OM-D E-M5 Mark II mirrorless camera.

Idea: Convert an Old Ambulance Into a Camera Gear Truck