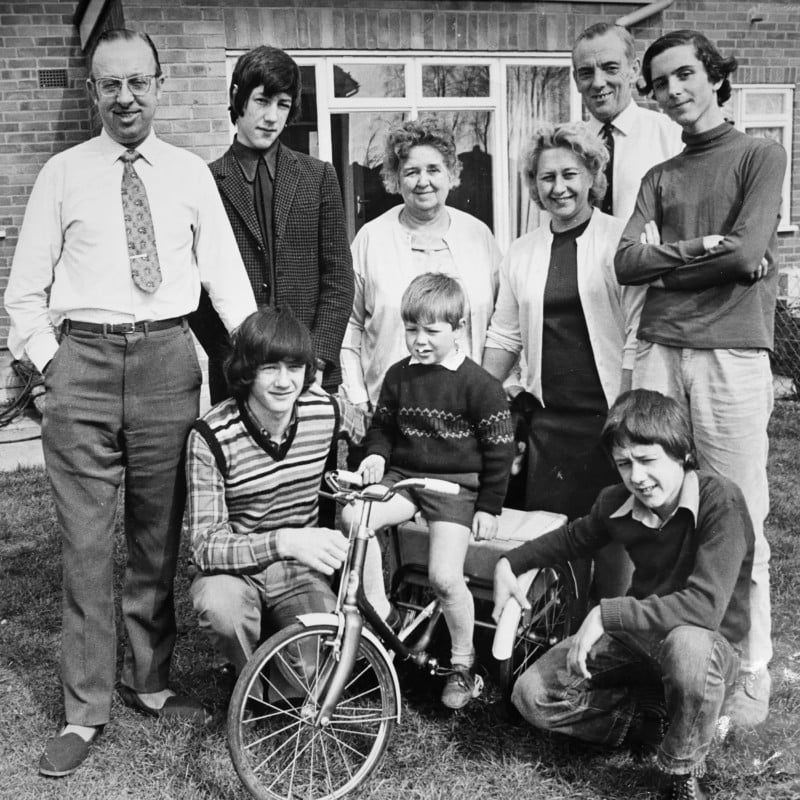 I don’t remember the first time I became aware of my family photo album, but from a very young age I always found looking at those photos a time absorbing, and totally enthralling pastime. I would sit for long periods of time staring at those familiar faces, all those captured moments of times gone by, and lose myself in a world of wonder.

“Mum, who’s this little girl here?” “Who’s that army man?” “Where’s this?” I would ask, pointing at faded black and white images displayed proudly in the behemoth album that sat on my lap, squashing me into the armchair.

Those endless enquiries into my family’s who’s, when’s, and what’s served me well. I learned who all those people were, when they were, and what they were doing.

That childhood wonder has stayed with me. These days, I never need an excuse to go to some museum with my wife and kids, and to use such an opportunity to find some images documenting local history, and the lives of the people in them.

Just around the corner from where I live is a railway museum that proudly displays a couple of steam engines and the associated rolling stock of a bygone era. I have a season ticket to this place, so several times a year my daughters and I kill a couple of hours wandering around its platforms, looking at the latest exhibition, and taking part in interactive challenges (the kids, not me).

Whilst the girls are amusing themselves hunting for this and that, filling in this form, and brass rubbing that form, I can usually be found lost in a moment, gawping at an immense photo of railway workers standing next to their workstations. It’s so big and encompassing you can almost hear the whirr of lathes, the clanging of metal presses, and the whistles of steam. If you dive in deep enough you can even smell the engine oil. It grabs me every time and doesn’t let go until I’ve gotten to know a few more faces, turned a few cogs, and done a bit of heavy lifting.

So, what’s my point? What’s in a photograph? Everything, and nothing.

Take another look at the picture above. Understandably, it won’t mean much to you. The people in it mean nothing to you. Nothing. But if you’ve got this far then I’d like to think you might just give it more than a casual glance.

You see…? It was taken half a century ago and shows a family you’ll never know—a mum and dad, their best friends, four brothers, the youngest of which is me, and a foreign exchange student who stayed with us for a week.

A photograph can be the welcome mat into a home you’ve never before entered, yet know better than anyone. Or a place that no longer exists, except, maybe, in your mind.

Who’d have thought that that little metal box we like to spend so much time clicking is actually a time machine, that gives us all the opportunity to take those first steps into so many worlds of wonder? Where will your next click take someone in fifty years time?

About the author: Mik Skinner is an enthusiast photographer from the north east of England. You can join him in on Instagram in search of his hometown at @mik_skinner_photography.