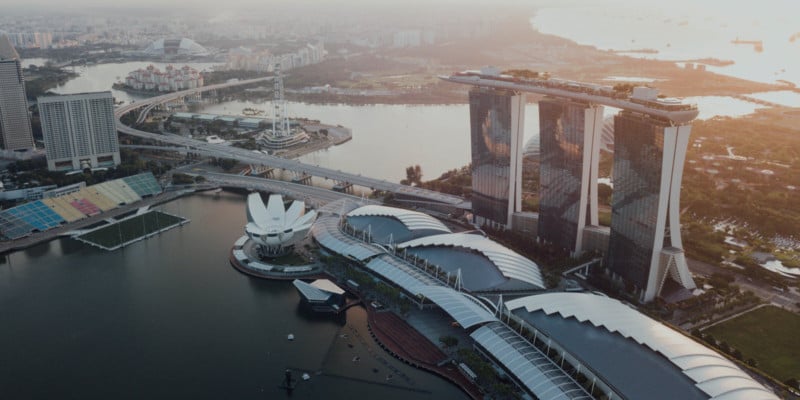 Singapore-based professional photographer Klaus Tan (AKA CHUTTERSNAP) recently flew his drone to its maximum altitude limit of 500 meters (~1,640 feet) above his city to capture the design and beauty of the island city-state.

“The photographs capture Singapore from an extremely uncommon perspective, given that pilots can only fly a maximum of 60 meters legally without the acquisition of proper papers,” Tan tells PetaPixel. “This series encapsulates all that the downtown core has to offer, putting into scale the magnificence of Singapore’s remarkable urban planning and architecture.” 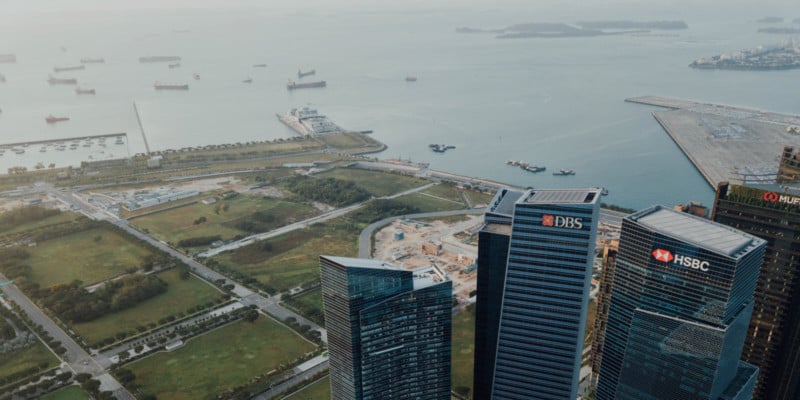 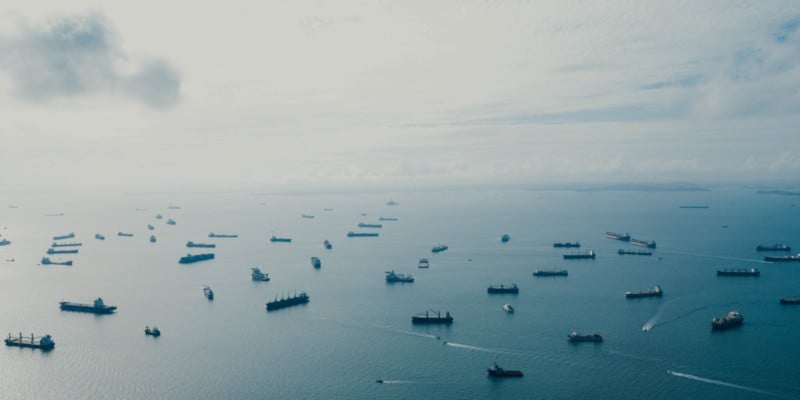 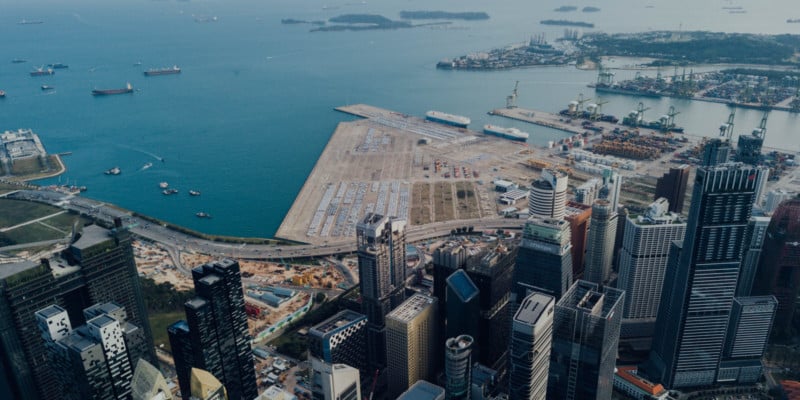 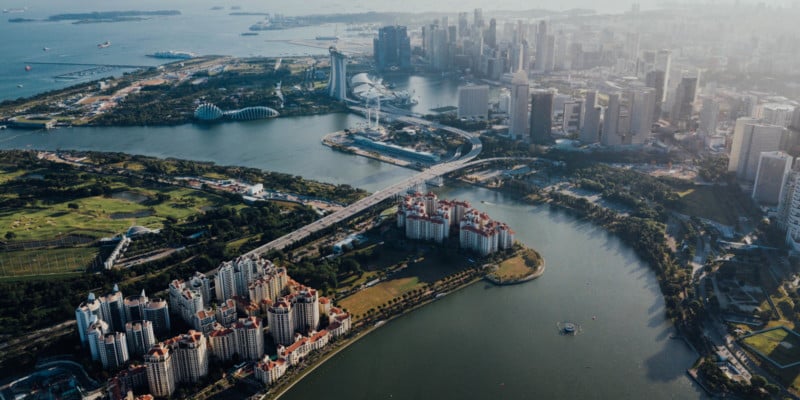 Before taking his DJI Mavic Pro out, Tan had to obtain clearance from the Civil Aviation Authority of Singapore (CAAS) and the Republic of Singapore Air Force (RSAF).

“As independent operators, we have to be cognizant of implications stemming from our actions,” Tan says. “The authorities have a clear overview of our operations from a governmental perspective and are able to better advise on optimizing our plans.

“For Singapore, [the permit] is a comprehensive document that walks a pilot through the full process of drafting contingency measures for various failures/scenarios, flight path routing and encourages heightened responsibility when in pilotage.”

You’re also required to provide a map that shows boundaries, points of interest, and takeoff and landing areas.

“While regulations/forms can be cumbersome to navigate through, know that there’s power in sacrificing individual convenience for the greater communal good,” Tan says. “On an individual level, we don’t want to unknowingly cripple entire airports or threaten national security just for an innocuous flight that wasn’t approved.” 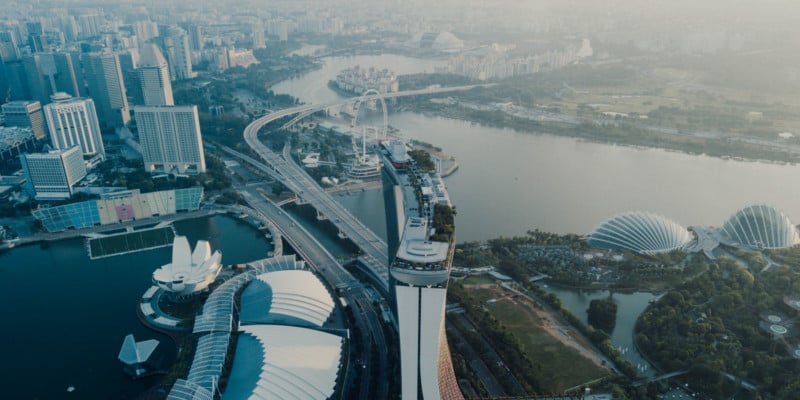 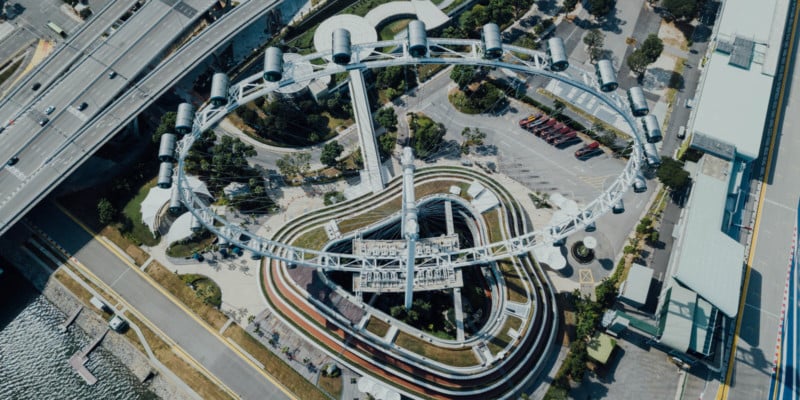 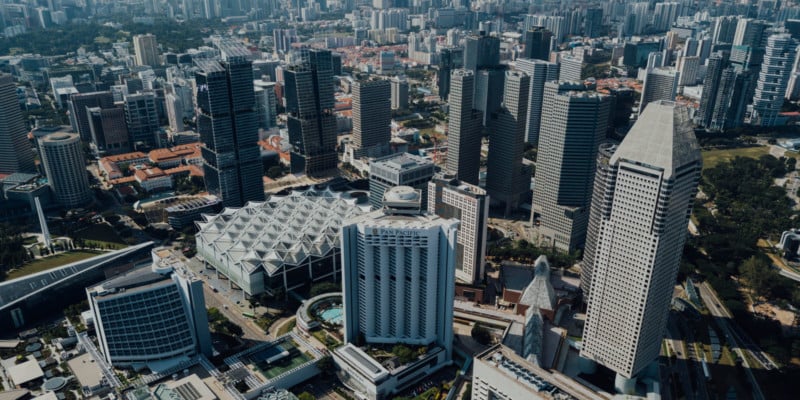 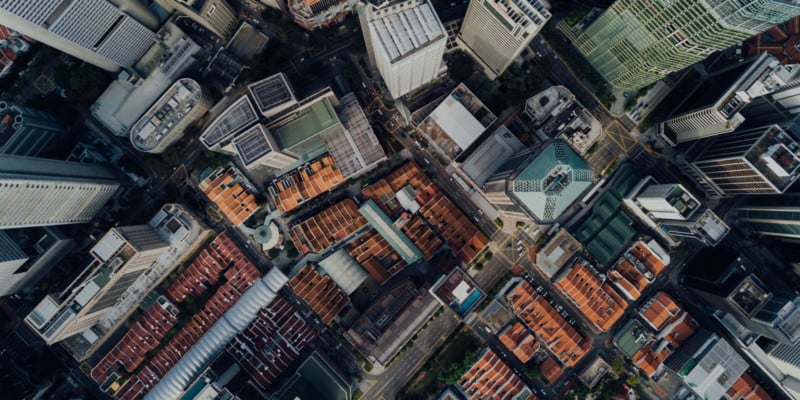 Obtaining relevant permits costs $45 and days of waiting, it’s much more affordable to go this route in Singapore compared to doing aerial photography from a plane or helicopter.

“I’ve considered having a helicopter for such shots, but in Singapore such flights aren’t as affordable or prevalent as New York has it,” Tan says. “While they cost $300/hour there, it’s around $6,000 in Singapore.

“Personally, I’d prefer using my ultra-wide-angle 14mms on a DSLR, though the cost-benefit advantage of the Mavic Pro against a helicopter rental is obvious.” 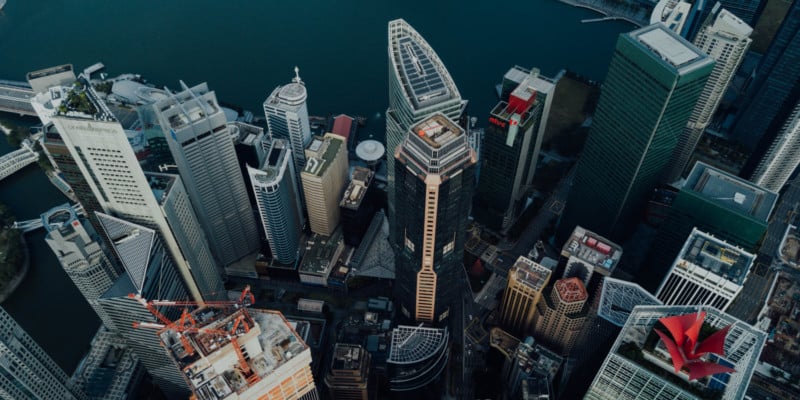 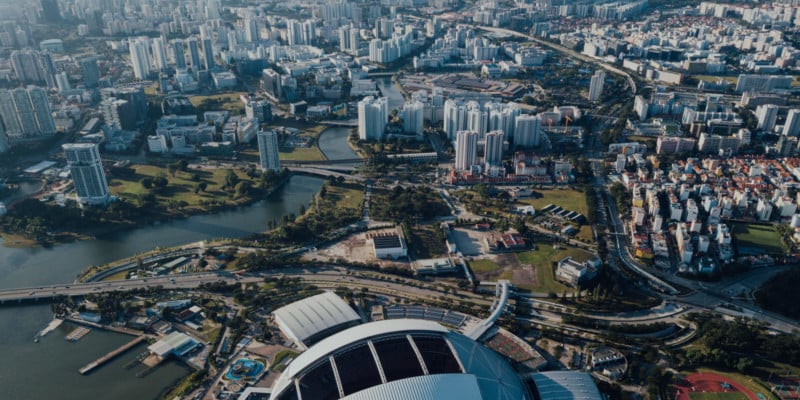 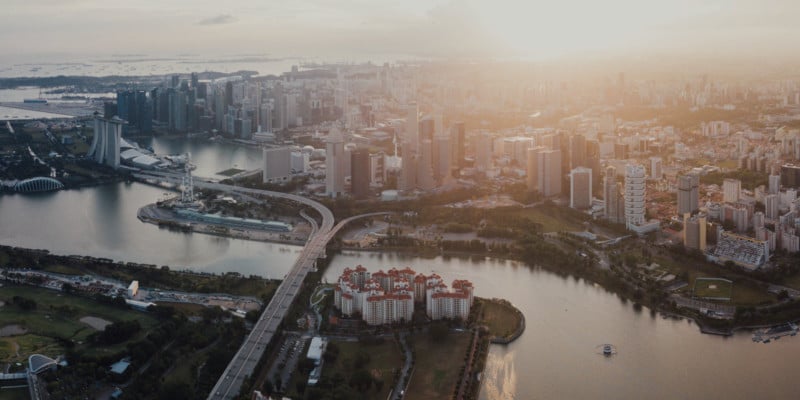 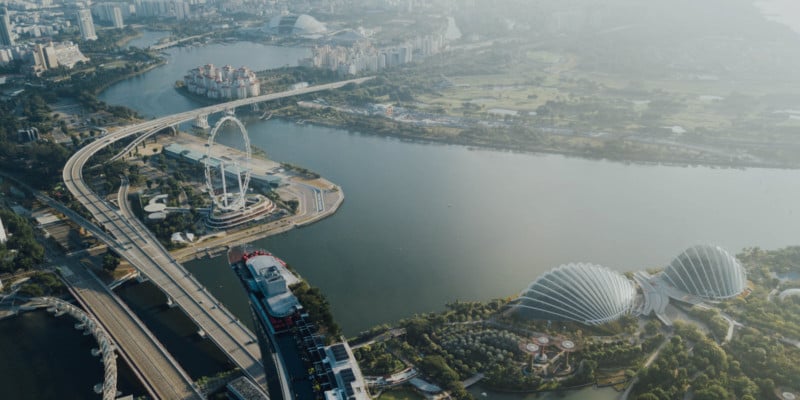 The downside to doing drone aerial photography, though, is having to think about both flying and shooting.

“There’s significant interference in communication frequencies over a dense city area, [so] piloting the Mavic Pro was actually tough,” Tan says. “Had to be careful to maintain visual line of sight with the UAV, steer clear of obstacles, at times overcome GPS and remote controller signal links while thinking about the composition of shots. NOT EASY to juggle these tasks — offloading such technicalities to a helicopter pilot would enable greater focus!” 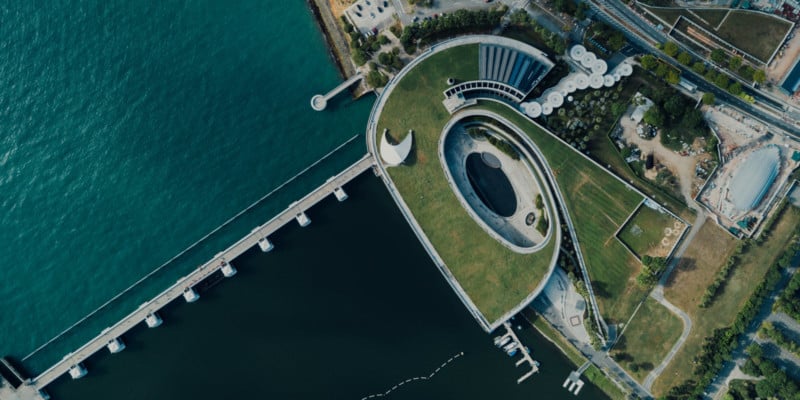 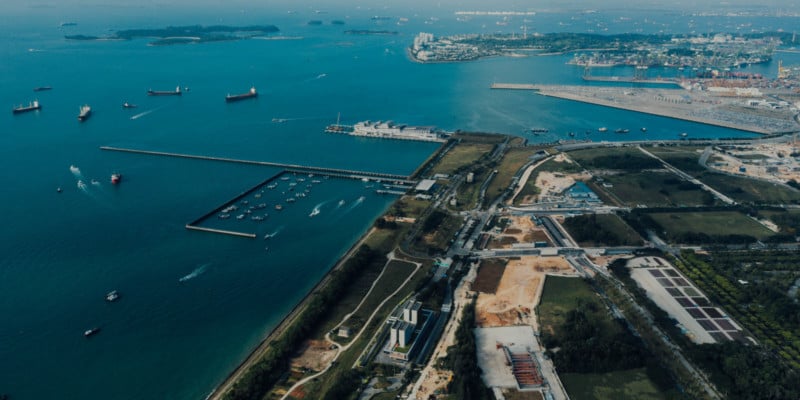 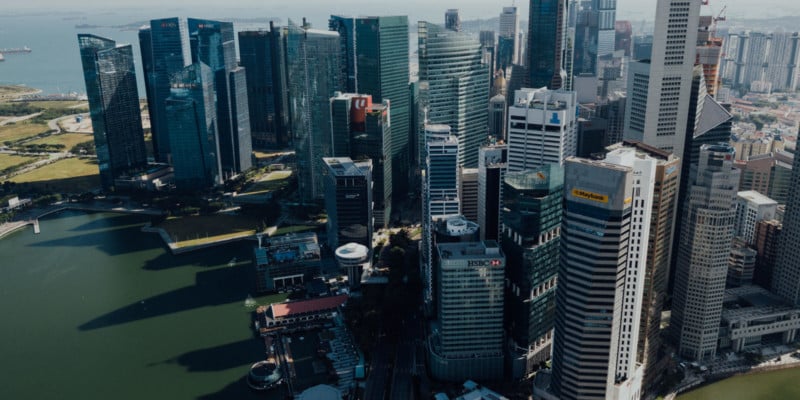 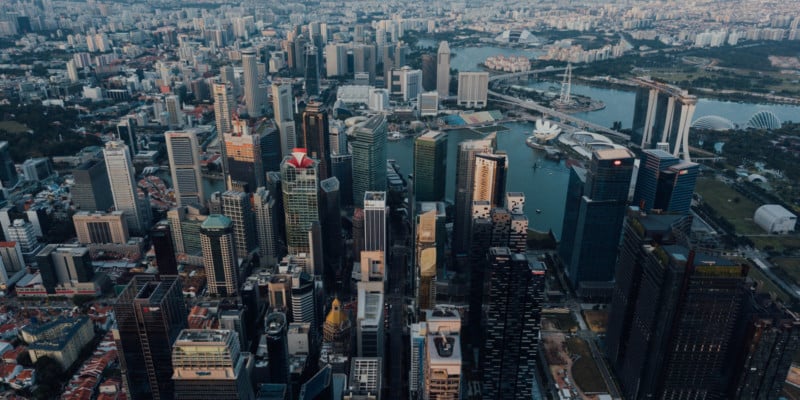 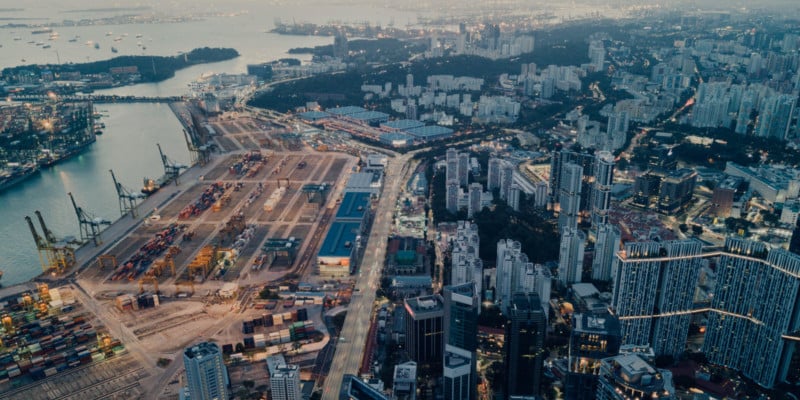 The project took 7 months of planning and 27 kilometers (~17 miles) of walking, but the results made the effort worth it for the photographer.

“It’s that familiar and majestic skyline I’d see from my Singapore Airlines flight window on the back home to Changi which stirs up an insatiable yearning for friends, family, and local food.

“Nothing compares to this expanse of remarkable urban planning that stuns beyond words. There’s no way Singaporean’s walk away from these images without that sweet taste in their heart, knowing that ‘I’m proud to be Singaporean.’”

Update on 3/24/20: This article originally stated that 500m is Singapore’s maximum legal altitude. It’s actually 60m without the special permits that Tan obtained, and 500m is the drone’s maximum flying altitude.

You Can Now Get 3 Months of Affinity Photo for Free

Confirmed: 2020 Tokyo Olympics Postponed Until ‘No Later Than 2021’