Photographer Ashley Boring has teamed up with lighting company Westcott to create a helpful educational video that explains the difference between rear- and front-curtain flash sync, and shows you how to use this knowledge to create some interesting portraits.

The traditional focal plane shutter uses two “curtains” to control your exposure when you take a picture: a leading or “front” curtain, and a trailing or “rear” curtain. As Boring explains right at the top of the video, the difference between rear- and front-curtain sync is all about the timing of your flash.

You can use this to create interesting, but different, light trail effects in your images by using a longer shutter speed. If your subject is moving, front curtain sync will capture them where they start out, with the light trails tracing their movement after the fact: 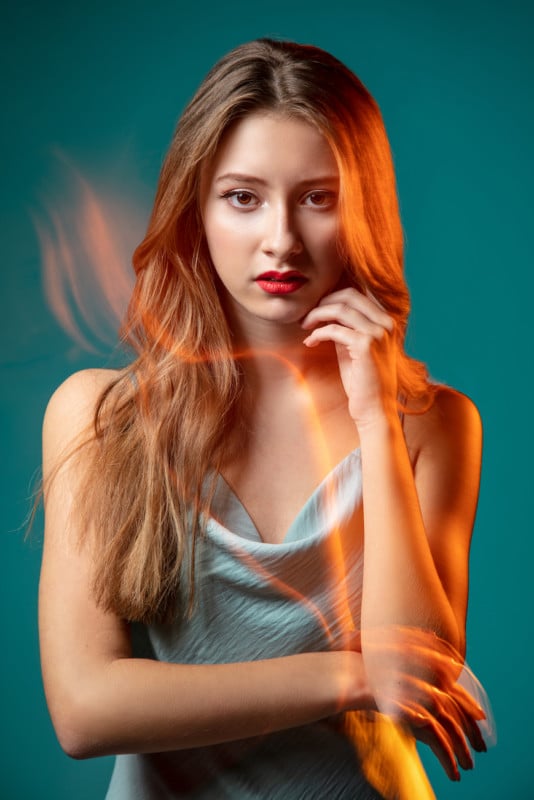 While rear curtain sync will capture your subject where they end up, with the light trails tracing the movement that got them there. 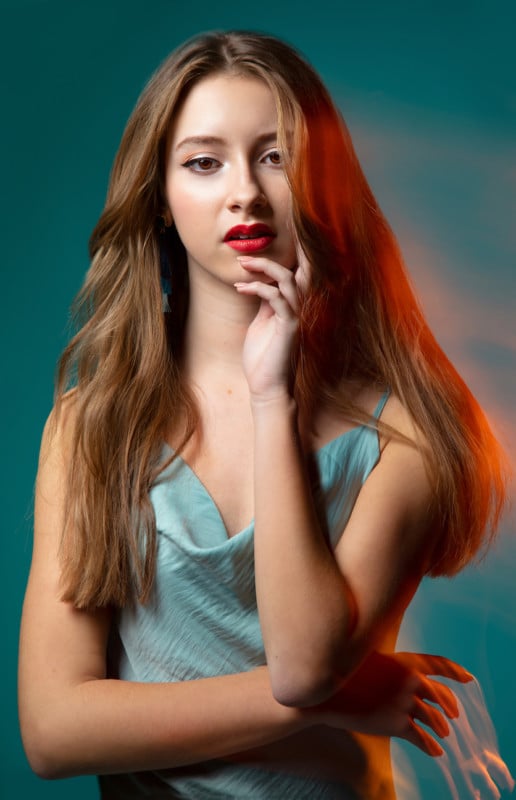 You can also get more dynamic about it by zooming in or out, or panning the camera while the photo is being taken. The flash will freeze your subject inside or next to their own light trails either at the beginning (front-curtain sync) or end (rear-curtain sync) of your exposure.

Since this is a branded video, it obviously features Westcott’s new FJ400 strobe pretty prominently, but the knowledge and tips Boring shares are applicable to just about any modern-day monolight or strobe you might be using. The one exception is the “delay” feature, which allows you to set exactly when during the shutter duration you want the flash to fire.

In the case of the image below, Boring set the flash to fire at 0.5 seconds during the 1 second exposure, giving her a combination of the front- and rear-curtain sync effects: 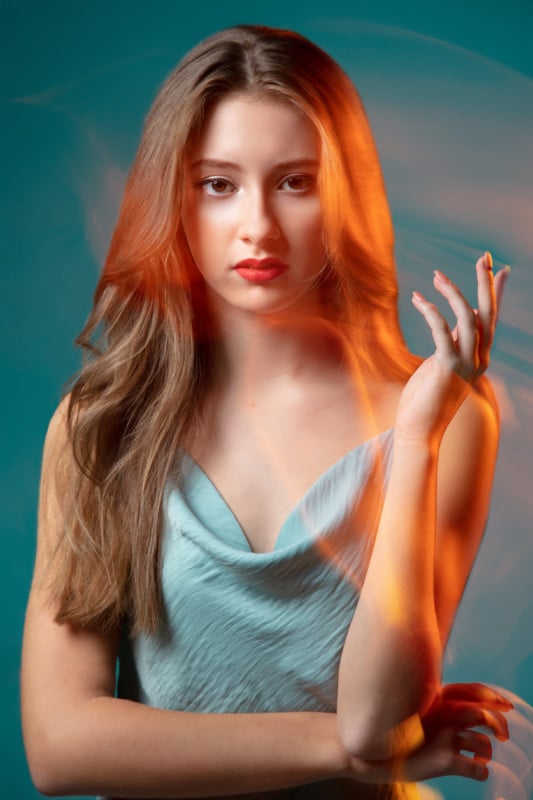 Check out the full video at the top to hear Boring explain all of this in her own words, and to watch her use the technique to create some colorful light trails that give her portraits a cool high-fashion editorial look.

Image credits: All photos by Ashley Boring and used with permission.

DxOMark: The Sony a9 II Gets Better Performance from the Exact Same Sensor