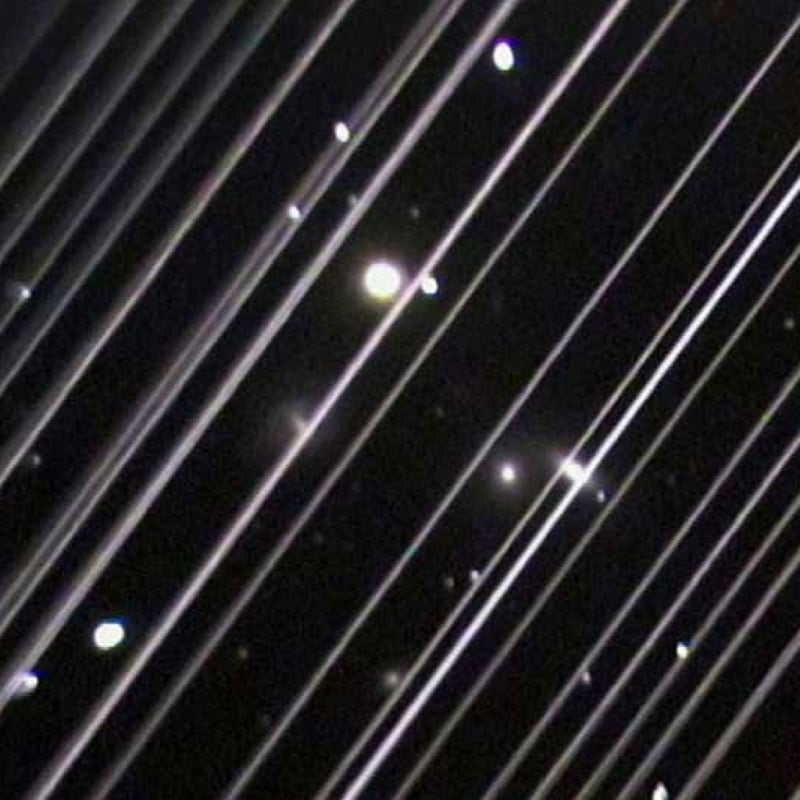 As more and more satellites are being launched into space, reflected light from these objects is causing increased sky pollution and issues for astronomers. Now NASA is asking the public for help in monitoring this growing issue, and all you need to do is shoot smartphone photos of the light streaks in the night sky.

Satellite sky pollution exploded into public consciousness in the middle of 2019 after SpaceX began launching the first of 12,000 satellites it plans to put into Earth’s orbit by the middle of this year. People around the world soon noticed the train of dots traveling across the night sky.

The US government reports that there are over 1,300 satellites in low-Earth orbit, but tens of thousands of them are set to be launched by a number of companies over the coming years, greatly increasing congestion and potentially causing a multitude of issues.

Satellite Streak Watcher is a new NASA project that aims to use crowdsourced photos to keep tabs on these modern unnatural points of light.

“In the coming years, thousands of satellites will be deployed into low Earth orbit as part of the new internet mega-constellations,” NASA writes. “In the three hours after sunset and before sunrise, these bright streaks from reflected sunlight will crisscross the night sky and wreak havoc with astronomers trying to photograph astronomical objects from the ground. It will also be a problem for amateur astronomers for the same reasons.”

The satellites will be bright in the sky around sunrise and sunset, which will allow the general public to photograph them using most smartphone cameras.

“This project will record for posterity the growth of this problem over many years as participants use their smartphones to photograph the increase in these streaks over time from locations around the world,” NASA continues. “At the speed of the satellites, they will streak across the sky from horizon to horizon in about 1 degree per second, so in 10 seconds they will travel 20 times the diameter of the full moon across the sky.”

To participate in the project, you can first take a look at NASA’s instructions for how to shoot the satellites using your phone. You’ll need to figure out the right time and sky location before mounting your phone to a tripod and shooting a long-exposure photo (over 10 seconds) at over ISO 800.

Here are a few of the 27 observations submitted by 185 members in the project so far:

NASA doesn’t say how it’s planning to use the data gathered by this project, but it should definitely provide a better understanding of the issue to scientists, regulators, and astrophotographers alike.

(via Satellite Streak Watcher via DPReview)

Let’s Slow Things Down and Think About the Essential

Nikon D6 Delayed as Parts Held Up by Coronavirus Outbreak