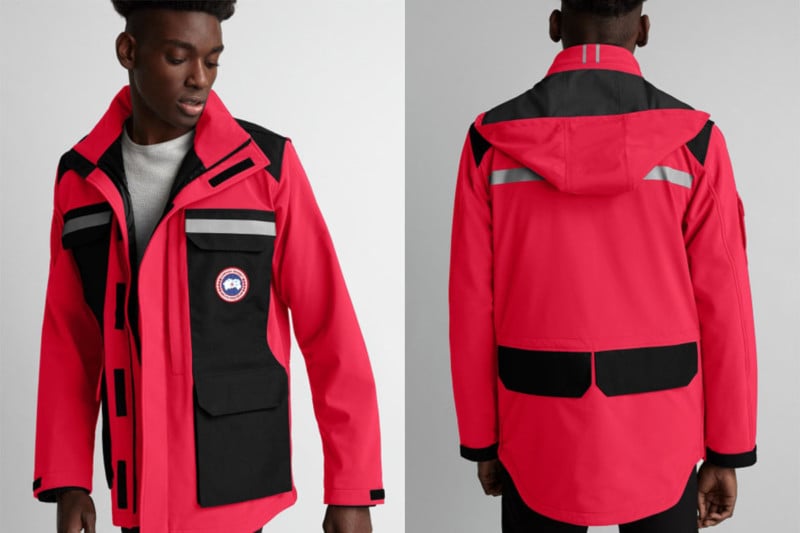 Photo Twitter collectively chuckled at the announced availability of Canada Goose’s Photojournalist Jacket. With editorial day rates hovering below $300/assignment, actual photojournalists were unlikely to be purchasing such a luxury item – even if it was inexpensive by Canada Goose standards.

Created in partnership with a photojournalist to stand up to the changing climates and situations they often find themselves in. This jacket is crafted from our Tri-Durance SS fabric to block harsh winds and rain. Reinforced shoulders and pockets add durability, while side seam zippers open up for range of motion and venting.

But who exactly is the photojournalist who partnered with Canada Goose??? Let’s speculate.

Evgenia lives in Tiksi near the Laptev Sea, where the current temperature is -22°F. Her amazing work has earned her an ICP Infinity Award and the Leica Oskar Barnack Award. But the lightweight jacket is only rated to 23°F, and it’s only available in the men’s section. 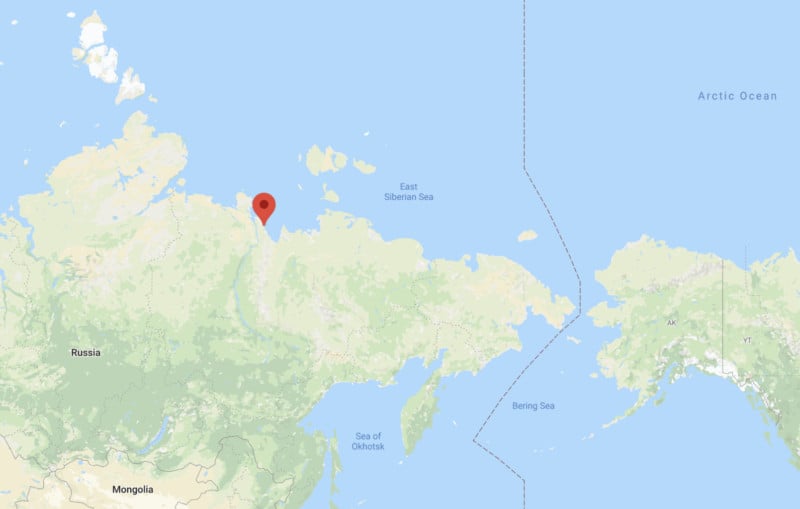 Nicklen founded the non-profit SeaLegacy and travels around the world to raise awareness about the need for global conservation, with a particular focus on sea life. Given his focus on saving wildlife, it’s improbable that he partnered with Canada Goose.

FINE ART FRIDAYS. It took me 6 years of returning to the Arctic every season before we figured out a path forward to photograph narwhals. After five years of failing at getting close to these shy, unique and stunning animals, under the guidance of my friend and pilot, Glen Williams, and my Inuit guides we finally decided it was time to buy an ultralight airplane and put it on amphibious floats which means we could take off and land on either water or sea ice. Still, with the airplane on the sea ice, our small team continued to fail. On the last day of the project, the weather cleared and we were able to fly far out over the broken sea ice and witness thousands of narwhals pushing through the narrow leads in the ice. Then, I saw the moment of all moments; a group of male narwhals being perfectly framed by the rotting sea ice. I could have not sketched a more perfect scene. After photographing them from the air, Brian and I landed the airplane on a drifting pan of sea ice, got out and managed to stand next to hundreds of narwhals as they continued to dive and resurface during a massive feeding frenzy on polar cod. It is hardly fair to say that we were lucky to capture this after 5 years of failing but we were in deed lucky to experience this moment. We flew back to our camp on the sea ice and as we were preparing to fly again, I fell through the very thin sea ice which is not normally a major concern except the chunks were rolling on top of me and I was not going to make it back to the surface. I reached up and grabbed a rope that was attached a big sled to keep myself from going under. I felt my shoulder dislocate immediately. My team got me out of the water and it took @jedweingarten a long time to reset it. Every time I winced in pain, all I saw were tusks and narwhals. I knew that we got the images we needed to tell the story. These are some of my favorite images from that encounter. #teamwork Thank you Brian Knutsen, Dexter Koonoo and Jed! #teamwork #narwhals #persevere #nature #naturelovers

Longtime National Geographic photographer Jim Richardson has worked extensively in Scotland in recent years – a place with an average temperature that rarely falls below freezing.

Another view over the shores of Sanday of the ongoing “argument” between the sea and the sands that defines the character of these a North Sea islands. The farm at Overbister is caught in the middle of this geological bickering, wondering when the tides or a winter storm will choose to remake the coastline once again. Really hard to say what it looked like when the Vikings came, let alone when the Neolithic people started farming here 6,000 years ago. #scotland #orkney #visitorkney

Almost perfect weather for the jacket. But while he has been observed as recently as September 2019 wearing a similarly colored red jacket, his is decidedly more worn and utilitarian. Plus, Jim would probably rather wear a vest.

Joey L’s stunning portraiture and lighting technique have garnered him accolades and a significant client roster through his agent, Bernstein and Andriulli. While one would be hard-pressed to categorize him as a “photojournalist,” he has covered a number of places and issues with a documentary style.

But the biggest clue is his work with Canada Goose on Baffin Island in Nunavut in 2018, which gave him a direct connection with the company.

Editor’s update: Joey L says he was not involved in the creation of this jacket:

I wasn’t part of that project