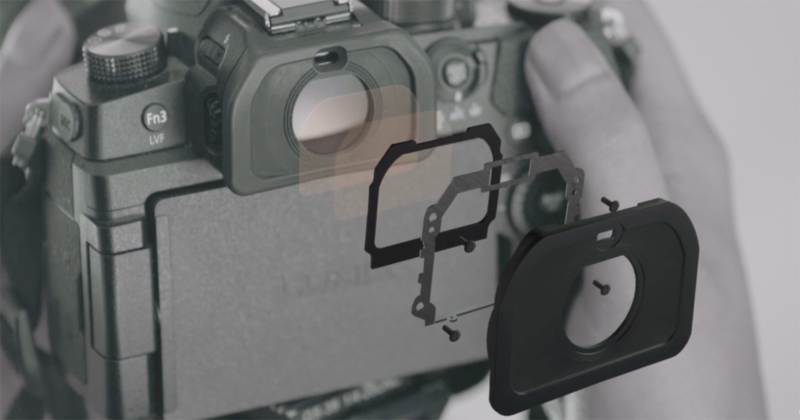 Panasonic recently partnered up with India’s Dentsu Aegis Network to create something really cool. Following in the footsteps of those glasses that “reverse” certain types of colorblindness, the company created a Panasonic G90 with a specially designed viewfinder lens that lets colorblind photographers see color.

The special camera was created for colorblind photographer Hizol Choudhary, and though it’s ultimately a marketing stunt based around an awareness initiative called #RighToColour, it’s exactly the kind of custom modification we would love to see make its way to the market in earnest.

Choudhary suffers from a type of coloblindness called Protanopia, also known as “red-blindness,” indicated by the bottom right square below.

The photographer has struggled to overcome this limitation every since making the transition to full-time commercial work. As he explains in the video below, he’s lost jobs over the disability, was discouraged by colleagues from even trying to work professionally, and has had to hire on-set help to keep his business going.

“Throughout time, I figured my way around. I got a good team,” says Choudhary. “I do rely on my team a lot when it comes to complicated colors. I am not able to bring complete justice to my work if I’m not with them or if they are not helping me.”

And so, in celebration of India’s Republic Day, Panasonic created a custom G90/G95 that uses “a specially designed viewfinder the enables colorblind photographers to see rich colors.”

You can hear all about the project and see Choudhary’s reaction to using it for the first time in the video below:

The moment when Choudhary is able to see color through his camera for the first time is incredibly touching—reminiscent of several videos that came out when the colorblind-fixing EnChroma glasses were released four years ago. We can only hope that Panasonic will develop this technology further.

For now, it seems like this was a goodwill gesture/marketing stunt created for a single photographer. The company makes no mention of how much this special viewfinder cost to create, and whether or not there are plans to expand that #RightToColour to more than just Mr. Choudhary. But if Panasonic could bring this technology to the other photographers worldwide who suffer from this type of colorblindness, they would change hundreds of thousands of lives.

Why Did Canon Just Now Decide to Wake Up?