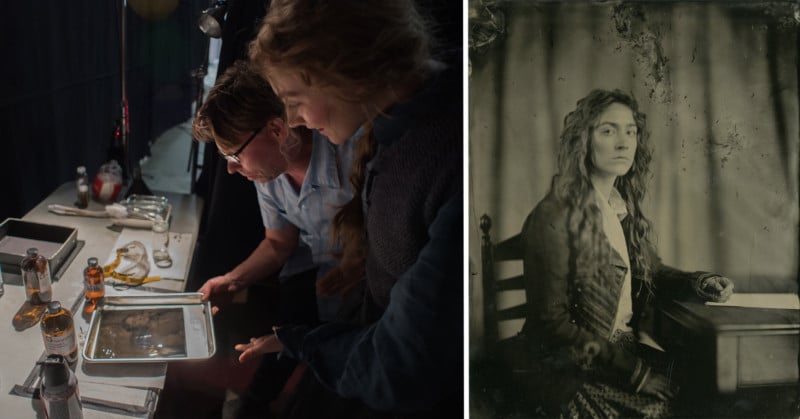 Now these are some cast portraits we can really get behind. On-set photographer Wilson Webb recently got the chance to photograph the entire cast of Best Picture nominee Little Women, but instead of shooting glitzy studio portraits, he decided to stay historically accurate and capture wet plate collodion portraits instead.

If you’ve seen any on-set photography over the past decade, you’ve seen Webb’s work. His portfolio includes work from Little Women, Marriage Story, Baby Driver, The Secret Life of Walter Mitty, A Serious Man, Men in Black 3, and many many more. In other words, he’s a seasoned veteran in this industry, so when he was approached to take the cast portraits for Little Women, he knew exactly what he wanted to do.

“As soon as I talked to Greta and she offered me the job I just knew that this was a perfect way to use photography in the period of the film,” Webb told CBC radio program As It Happens in a recent interview. 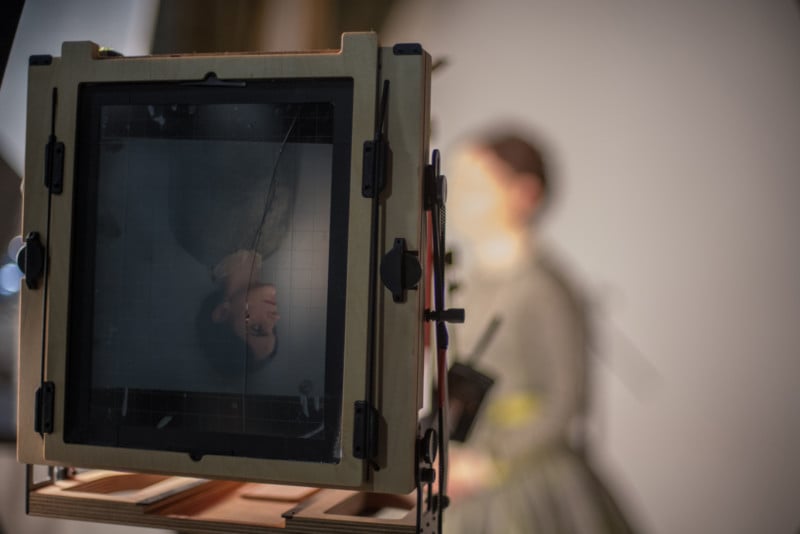 To capture the actual portraits, Webb got his hands on a 130-year-old Dallmeyer lens that he strapped to a modern large format camera, and set up 25,000 Watt-seconds worth of flash to ensure he had enough light. That’s… a lot of light. So much that Webb says his subjects “can feel a wave of heat and they can also smell the ozone that’s created when the picture’s taken.”

But despite all of this light—which allowed him to capture a much faster “shutter speed” than traditional wet plates—he still had the cast pose in a traditional fashion: facing the camera, stoic expression, sitting still for 30 seconds at a time to capture each individual frame.

Scroll down for a Behind the Scenes peek at Webb in the studio with the Little Women cast, who he says really enjoyed the process: 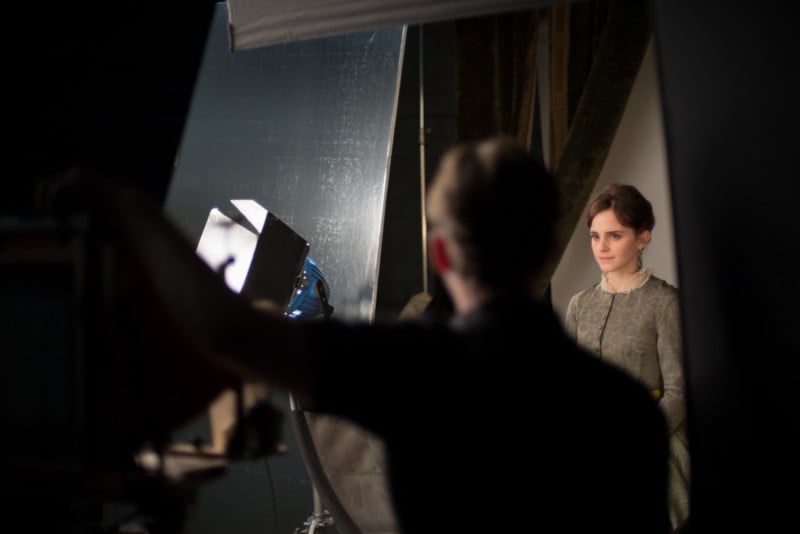 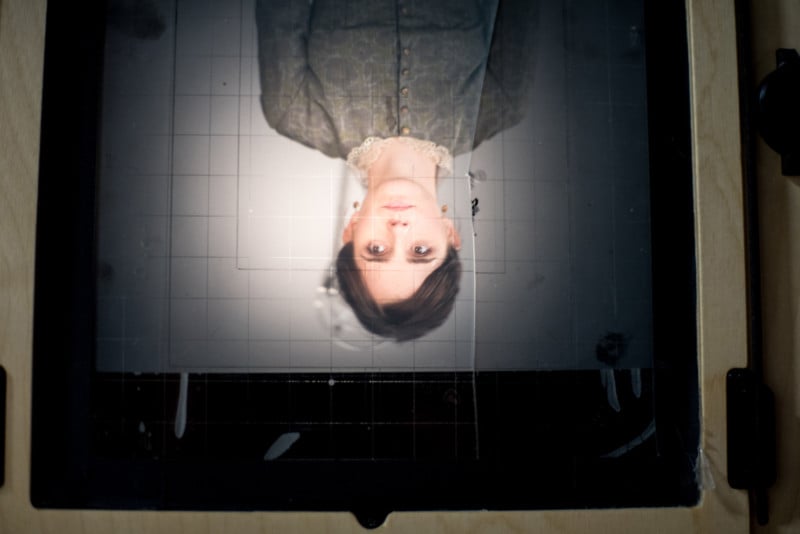 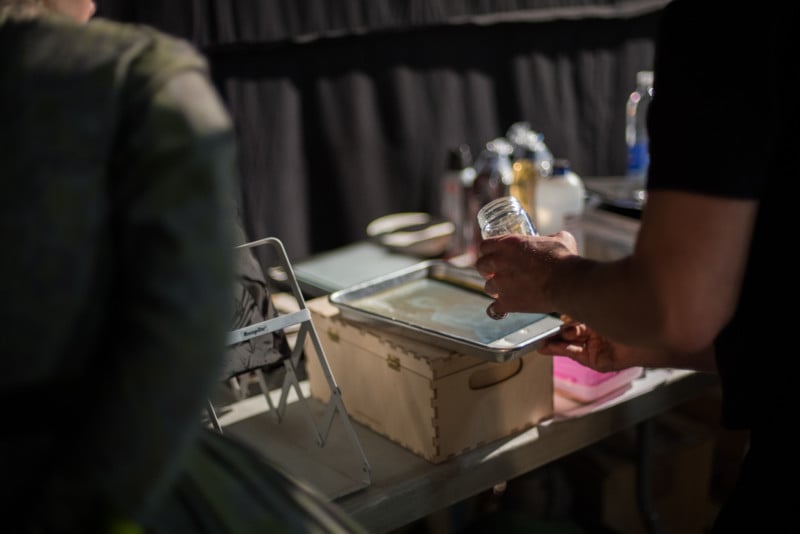 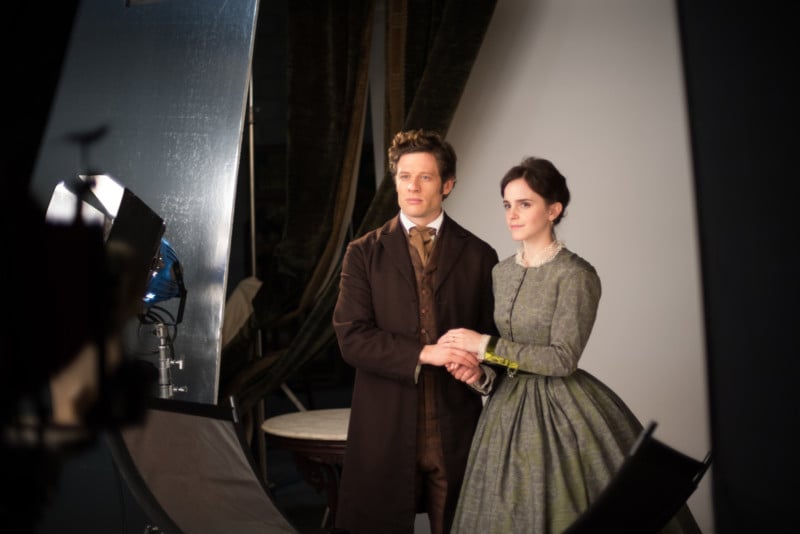 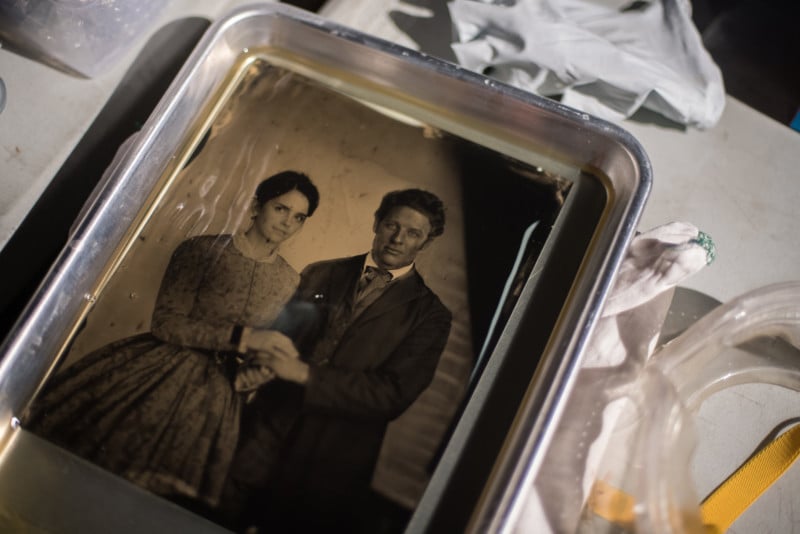 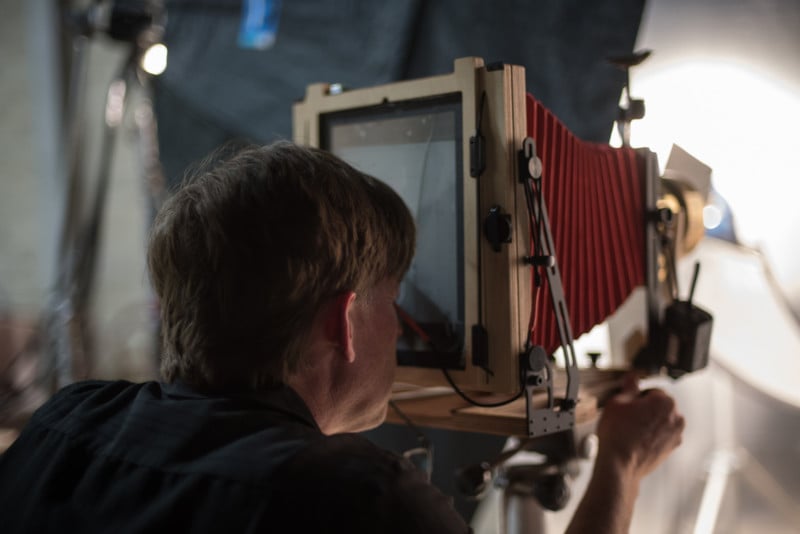 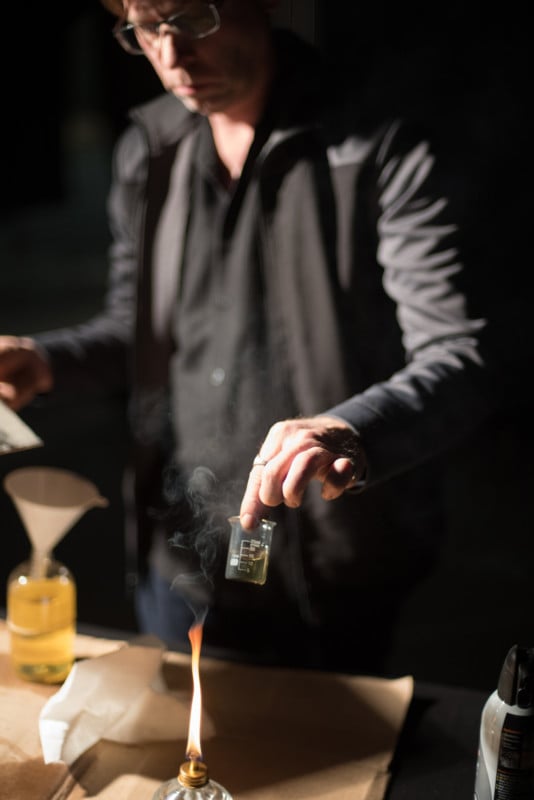 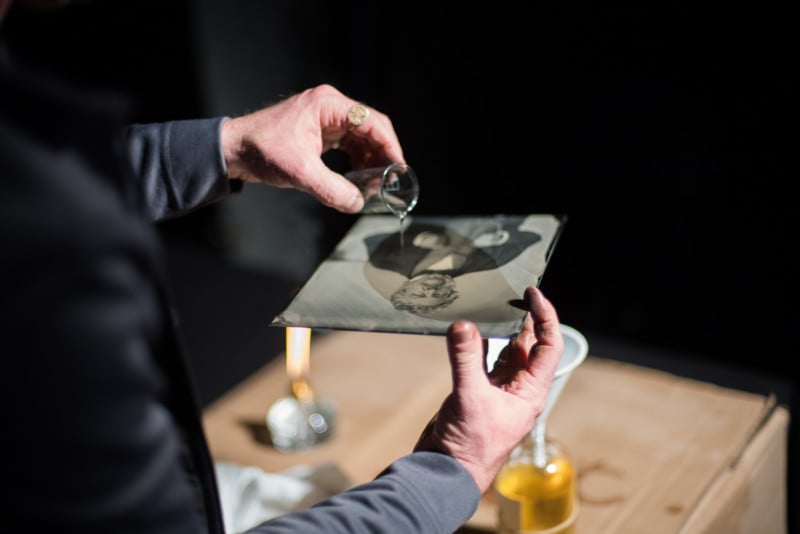 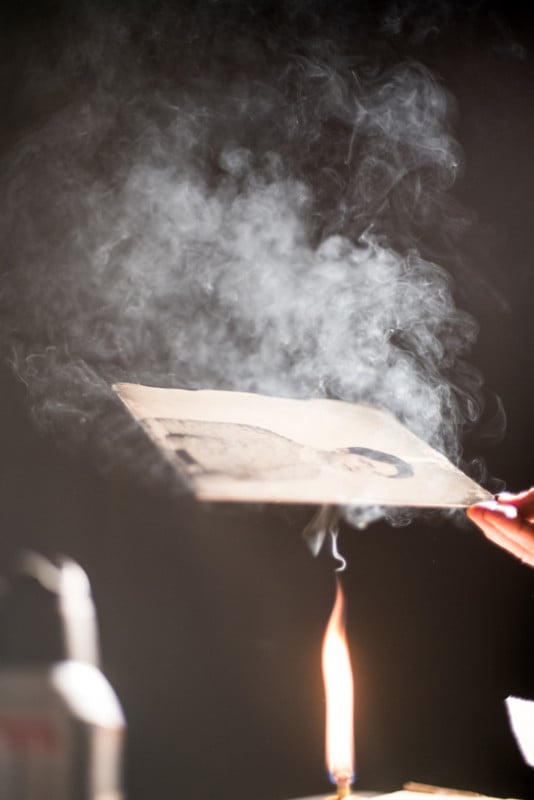 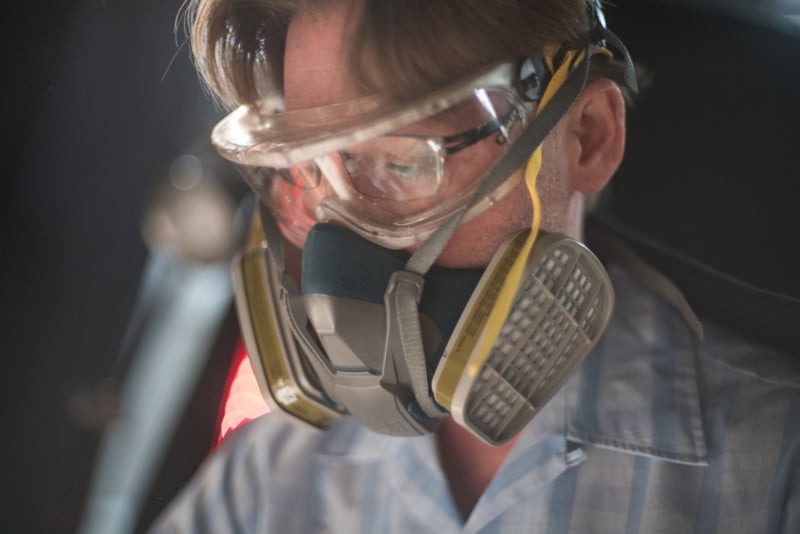 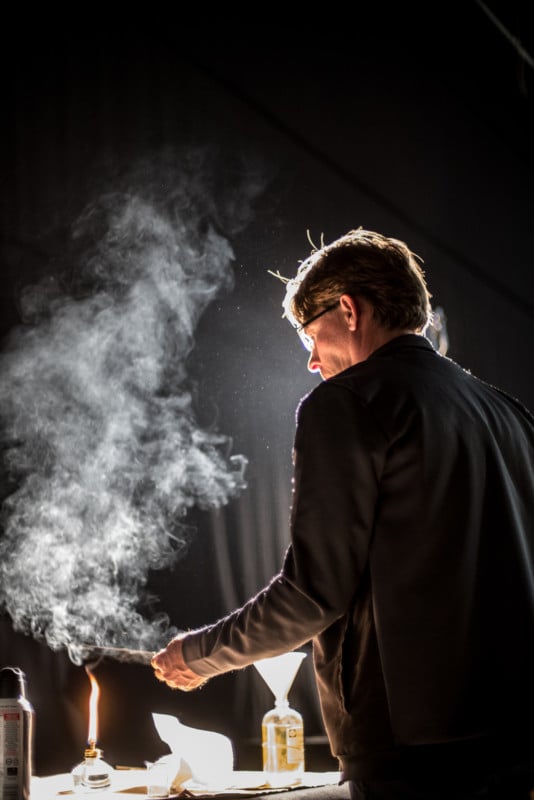 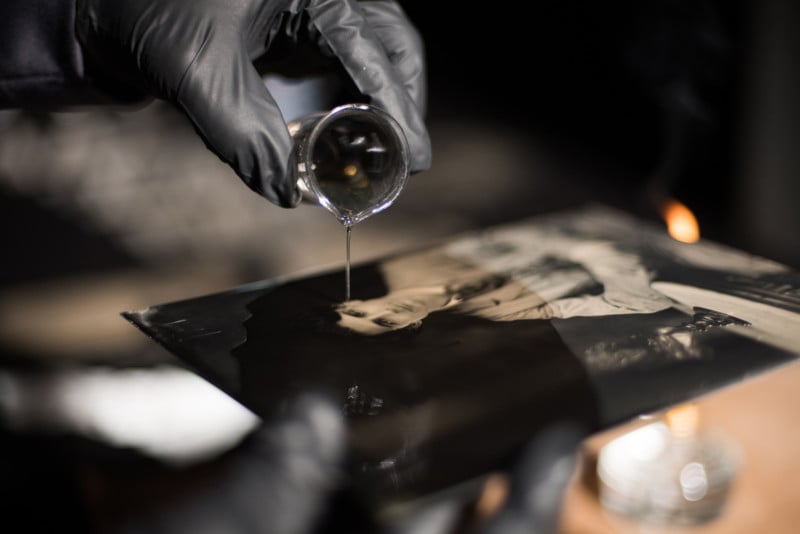 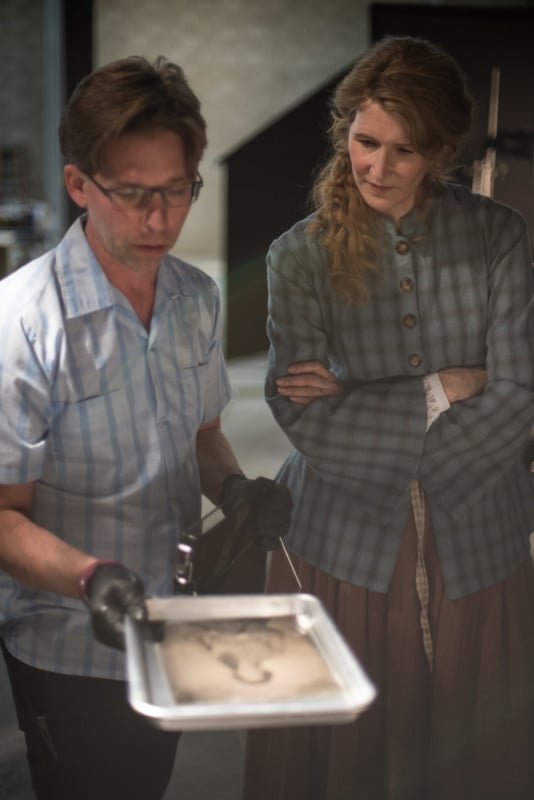 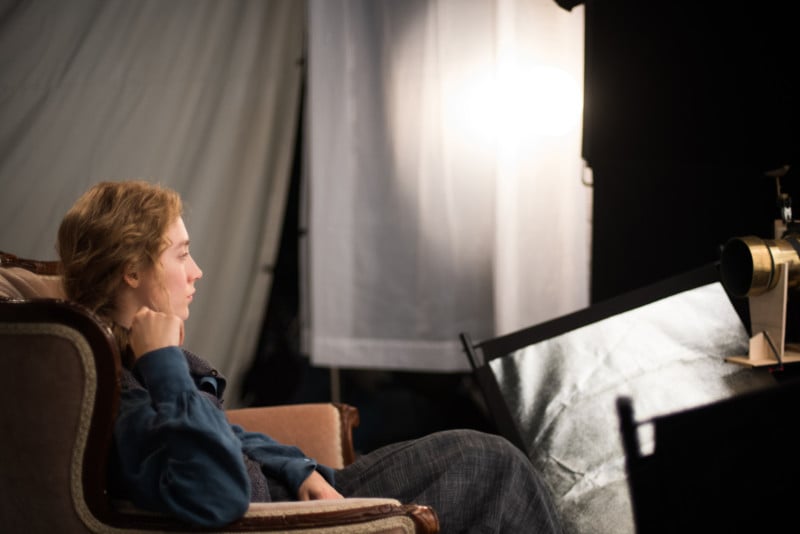 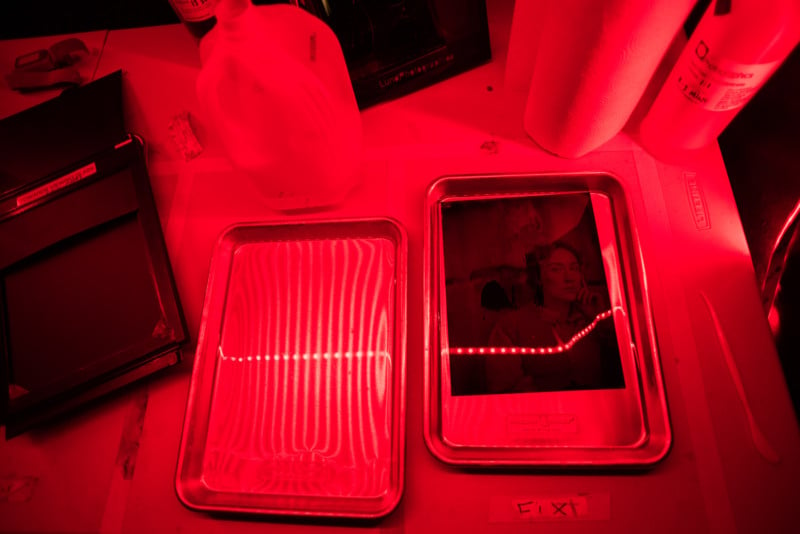 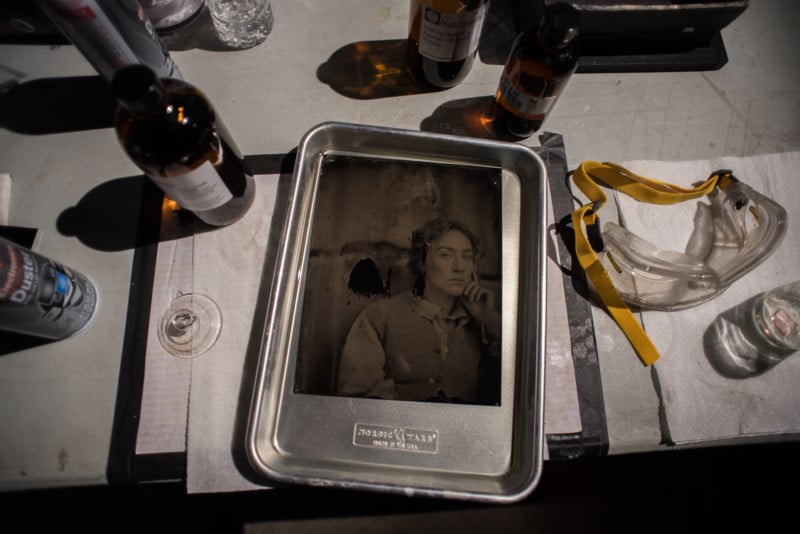 Interestingly, Wilson says the final portraits he captured would have been “laughed at” in the 1860s. All of the imperfections that we’ve come to treasure would have been seen as evidence of sloppy technique.

“If I was trying to pass as a photographer in the 1860s, I would probably be laughed out of the studio,” he tells the CBC. “All of the things that make them interesting now — the textures and weird shading and bending that you can kind of see in the portraits — are interesting to us now because we’re so desensitized […] But back in the day, those are attributes that would have been seen as a mistake and would not have been presentable whatsoever.”

Scroll down to see all of the final wet plate portraits, shared courtesy of Mr. Webb and Columbia Pictures:

A huge thank you to Mr. Webb for letting us share these images with our readers. To learn more about how these photos were shot, check out the full As It Happens interview at this link. And if you want to see more of Webb’s impressive on-set photography, visit his website or give him a follow on Instagram.

Image credits All collodion portraits by Wilson Webb/Columbia Pictures, behind the scenes images by Kimberly Scarsella, all images used with permission.