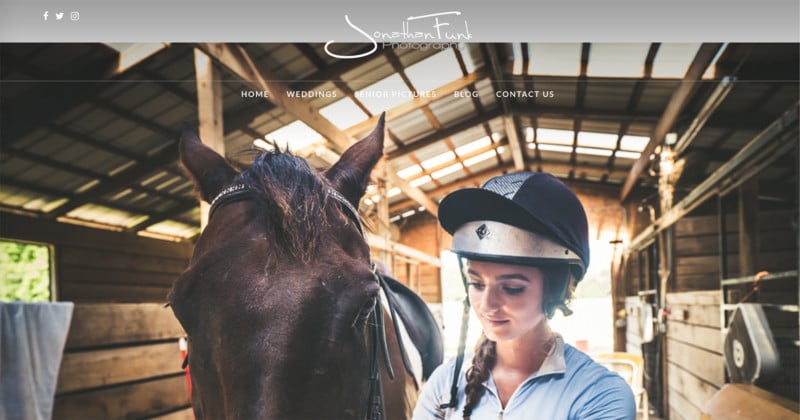 An Arkansas photographer is being ordered to pay nearly $200,000 in penalties and restitution after a court found that he tricked dozens of people into paying him for photographs he never actually delivered.

The consumer-protection lawsuit was filed by Arkansas Attorney General Leslie Rutledge in October of 2018, after her office received over 50 complaints from consumers who said they’d been deceived by Funk and his company. “Jonathan Funk Photography willfully chose to deceive and violate the trust of many Arkansans,” said Rutledge in a press release at that time.

The photographer’s now-defunct website advertised services like wedding photography and senior portraits, and the Rutledge claims that Funk also “advertised in many local Arkansas magazines offering photography services and professional portraits of newborns and special events.” According to the Arkansas Times, once a client hired him, Funk would “pressure consumers to pay up front” in order to secure a discount, collecting as much as $2,000 per photography package. But once they paid in full, many never received the photos they were promised.

It took over a year for the lawsuit to run its course, but Funk has ultimately been found in violation of the Arkansas Deceptive Trade Practices Act. In a judgement handed down on Friday by Judge Timothy Fox of the Pulaski County Circuit Court, Funk is being ordered to pay $98,625 in restitution to the wronged clients, $100,000 in civil penalties to the state of Arkansas, and $1,135 in filing fees and service costs.

The court also ordered Funk to deliver any purchased photos that are still in his possession within 30 days. Attorney General Rutledge is in possession of two harddrives full of undelivered photos, but this only covers photos “belonging to a few of the affected consumers.”

“Photographs of some of life’s most precious events will finally be given to their rightful owners where they can be appreciated and shared,” said Rutledge in a statement announcing the conclusion of the lawsuit. And though we wonder if this will bear out in reality—how many photos does Funk still have? And when (if ever) will he be able to afford to fully pay the $200K judgement?—it’s clear that photographers who trick their clients occasionally pay a very steep price for their negligence.