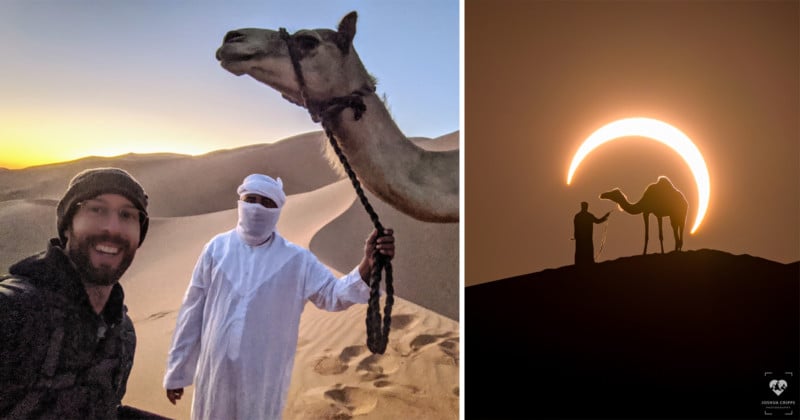 Photographer Joshua Cripps recently captured something really cool. Finding himself in the UAE leading up to an annular solar eclipse, he decided to try and shoot a dynamic portrait in the middle of the ‘ring of fire’ effect created by this kind of eclipse.

The photo was captured near the Liwa Oasis in the Empty Quarter desert, and as Cripps recently told Nikon USA, it took “a crazy amount of planning.” This kind of portrait is not the work of serendipity or luck; If you ever expect to shoot something like this, you need to spend days or even weeks preparing a detailed game plan.

For Cripps, this meant finding the perfect sand dune with the perfect height above the horizon, marking the exact GPS coordinates where he and his subject would need to stand, finding the right subject in the first place, and somehow communicating his vision to this subject so they could collaborate and make it happen.

“The annular eclipse is unique because while the moon and sun are in perfect alignment the moon’s apparent size is a bit smaller than the sun’s. This leads to a ‘ring of fire’ effect during totality,” says Cripps. “I had a very specific vision for how I wanted the shot to turn out: I wanted the camel and the man standing on a sand dune encircled by the eclipse.” 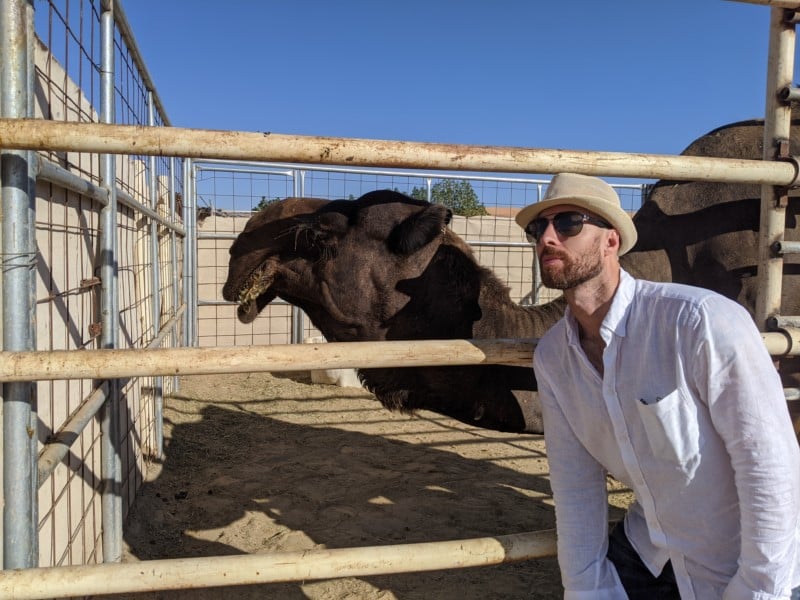 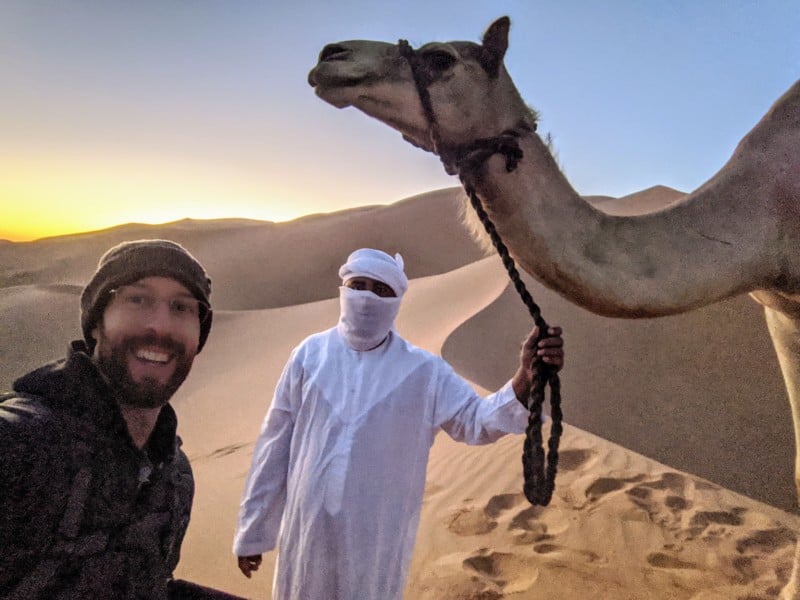 “In order to have this specific proportion between the size of the camel and the size of the sun we had to be standing a very specific distance away from the camel, almost exactly 1,000 feet,” Cripps tells Nikon. “In addition to that shooting distance we also needed to find a dune that was visible against the sky at a very specific angle (6.15°) so that the sun would be in eclipse exactly when it rose behind the dune.”

Finally, he had to somehow communicate this to a camel farmer who spoke no English. 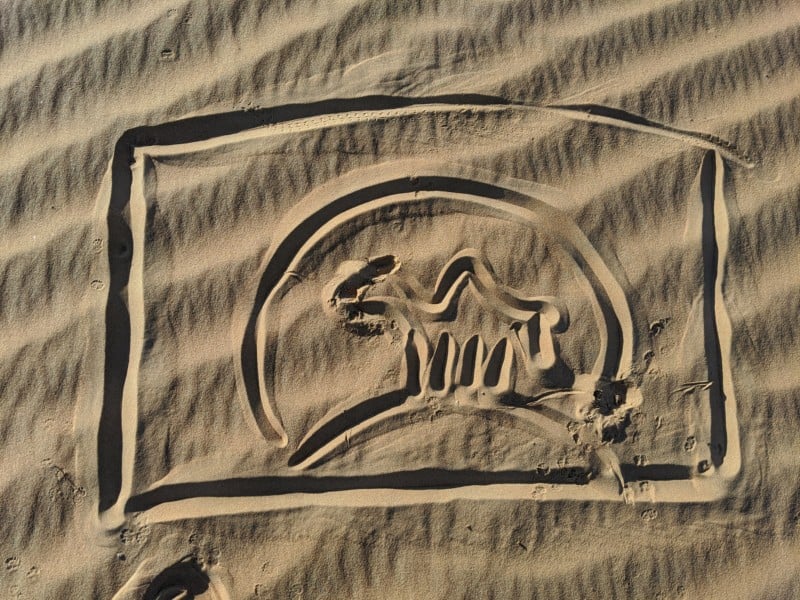 In the end, Cripps found his dune, marked his GPS coordinates, and properly communicated his vision. The morning of the eclipse, with everyone in position, all that was left was taking the shot. This last part might sound easy, but it too was a huge challenge.

“I knew I wanted the man and the camel to be in silhouette, but I also wanted rim light around their clothes and fur. So finding that balance was a constant tightrope act,” explains Cripps. “I had to continually adjust the exposure during the various eclipse phases as the scene got brighter or darker.”

All while running around like a madman trying to keep the farmer and his camel lined up with the sun, and trying to figure out the right strength of ND filter that would allow him to shoot at a fast shutter speed and low ISO without frying his image sensor (result: 10-stop).

“During the eclipse I was running around like a madman, aligning different compositions and chasing the sun. ,” says Cripps. “All in all during a 23-minute window (although totality was only 3 minutes, the full eclipse lasted much longer), I shot 133 images of the scene.” 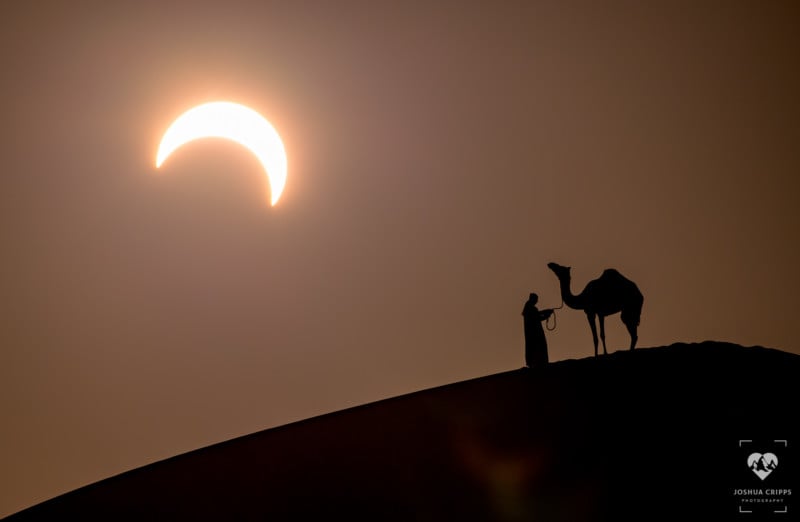 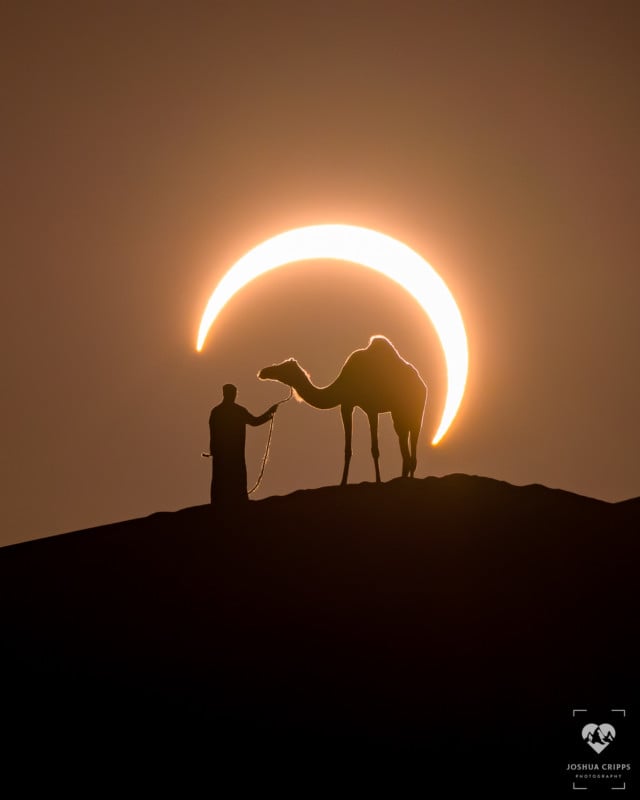 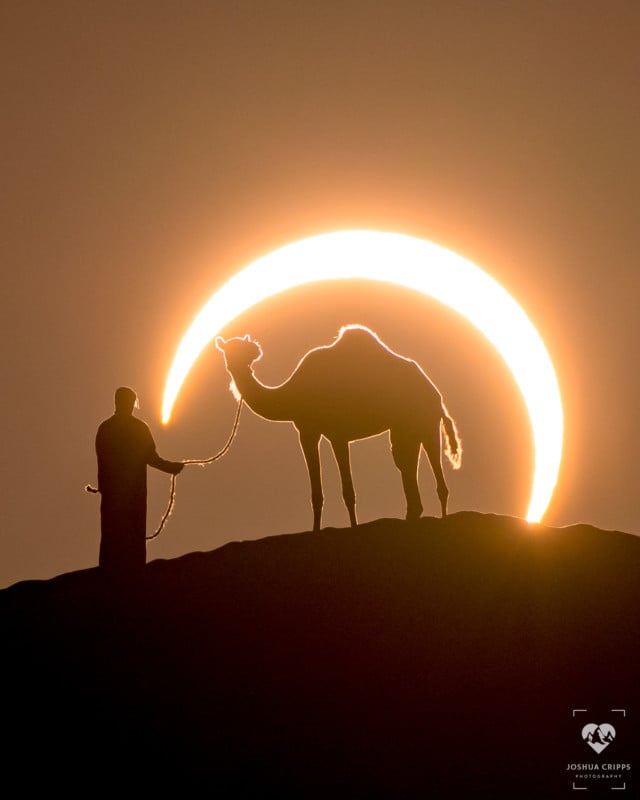 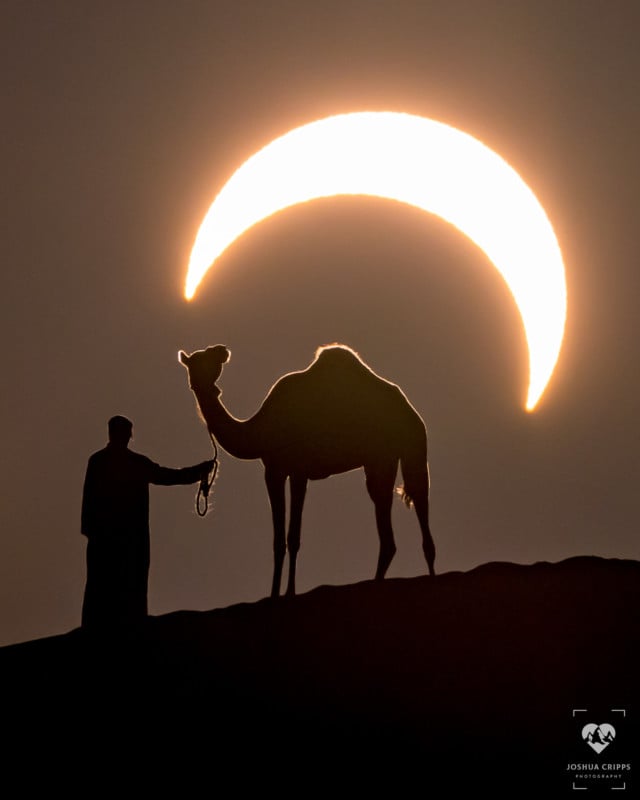 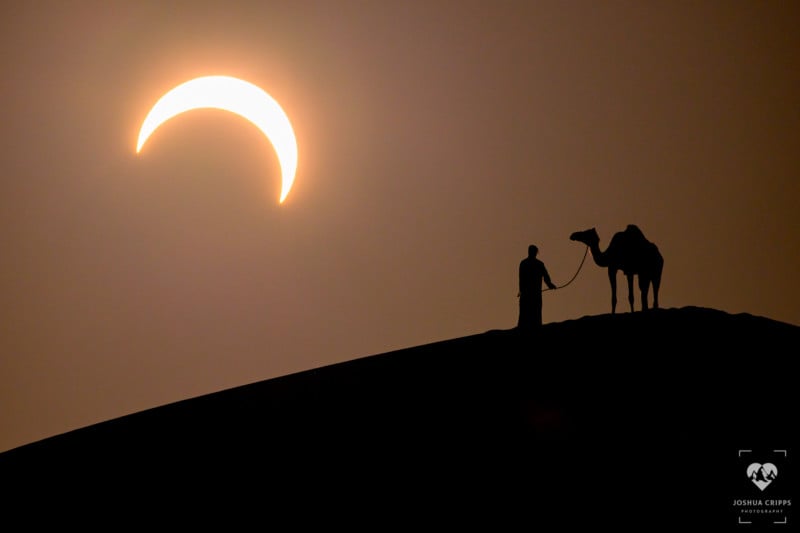 In closing, Cripps told Nikon that he’s already considering how he’s going to shoot the next eclipse on his list—a total solar eclipse that will take place on December 14th, 2020.

To follow along as Cripps feeds his photographic addiction, or if you just want to see more of his work, head over to his website or give him a follow on Instagram. You’ll find tons there to either make you feel inspired, or deeply jealous.

Image credits: Photos by Joshua Cripps and used with permission.

I Don’t Want to Photograph Models