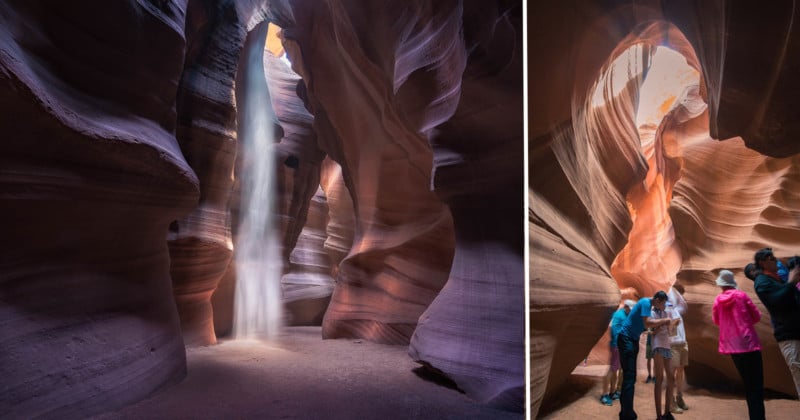 Photography tours in Upper Antelope Canyon, one of the most popular and controversial photography attractions in the US, are shutting down in 2020. To confirm this news and find out the reasons behind it, we decided to call the Navajo Nation Parks and Recreation.

According to Navajo National Parks, they have made the decision to stop running photo tours in Upper Antelope Canyon following the negative reviews and feedback from many attendees. The last official photography tour will go out on December 20th, 2019. After this, people will still be able to take pictures during the regular tours, but these groups are larger and you are not allowed to bring tripods or monopods. 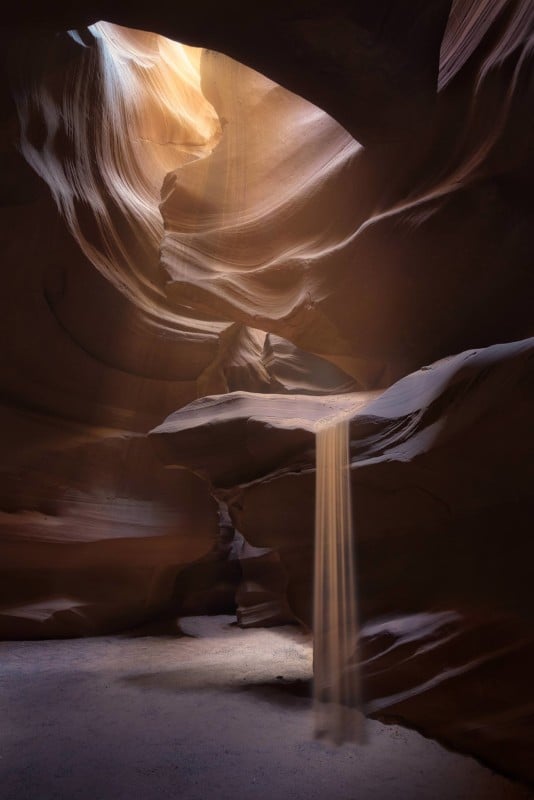 Why have they decided to stop a seemingly very profitable tour?

Antelope Canyon has been a hotspot in the US southwest for a long time, but the location drastically increased in popularity over the past few years thanks to the rise of social media, as well as widespread media coverage of stories like Peter Lik’s picture from the canyon that allegedly sold for $6.5 million.

Thus far, Navajo National Parks and Recreation has met the increased demand by offering more and more tours of the canyon, running several groups at the same time in smaller and smaller time-slots.

At the same time, they started running photography tours, which cost more but allow attendees to bring a tripod and give them more time inside the canyon in a smaller group. During the photo tours, the guide will also block crowds from entering into your frame for a few seconds at a time, and throw ash and sand into the air to create the famous light beams. 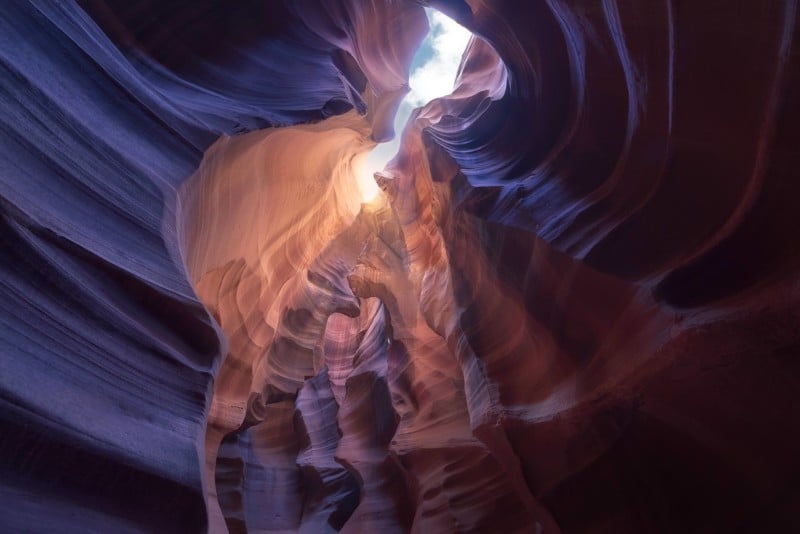 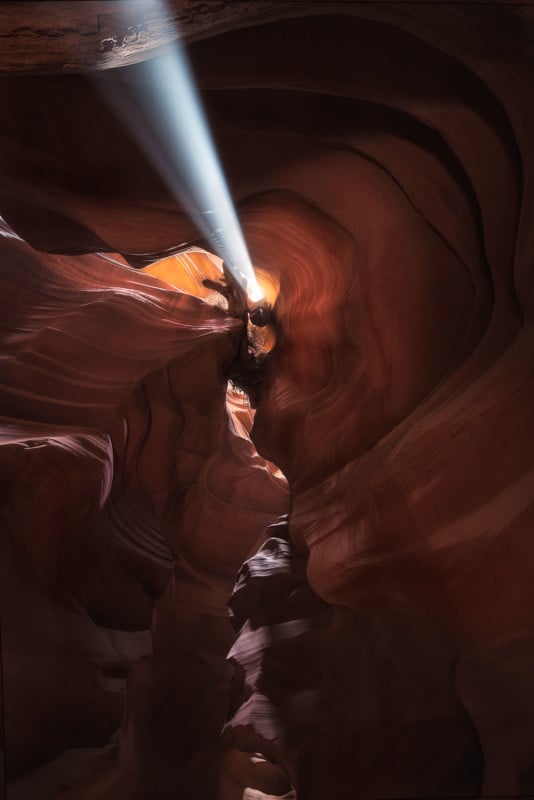 Unfortunately, this rise in popularity has coincided with a worse experience for photographers. There have been many negative reviews by photographers about what it’s really like taking pictures in Antelope Canyon, generating an intense debate over whether or not it’s really worth it to pay almost $200 for a nerve-wracking and anxious photography session, with the most likely outcome being a few pictures that look identical to every other shot out there.

All this generated the most significant change in the slot canyon, where tourism went from a few groups of visitors a day to herds of people squeezing in between the narrow walls of the canyon, with photographers “interrupting” the rhythmic flow of the standard tours.

With the decision to discontinue photography tours in the canyon, Navajo National Parks are looking forward to freeing up space and making the experience more enjoyable to all visitors, with the ultimate goal of reversing all of the negative reviews they’ve received since the canyon exploded in popularity. 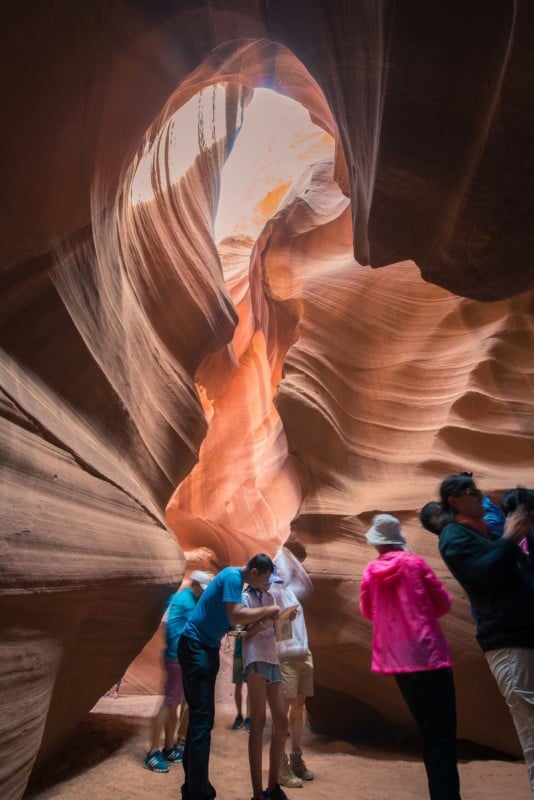 Will this decision be effective?

The standard “sightseeing tours” will still be available, but they will become the only way to visit Upper Antelope Canyon. These tours allow visitors to take mobile phones and cameras, but no tripods or monopods.

This makes the reasoning behind shutting down photography tours questionable, especially if the park decides to fill the time slots taken up by photo tours with more standard tours, fitting in even more people to make the tours more profitable. Navajo National Parks didn’t confirm this information, and insisted to me that their goal was to create a better experience for everyone. 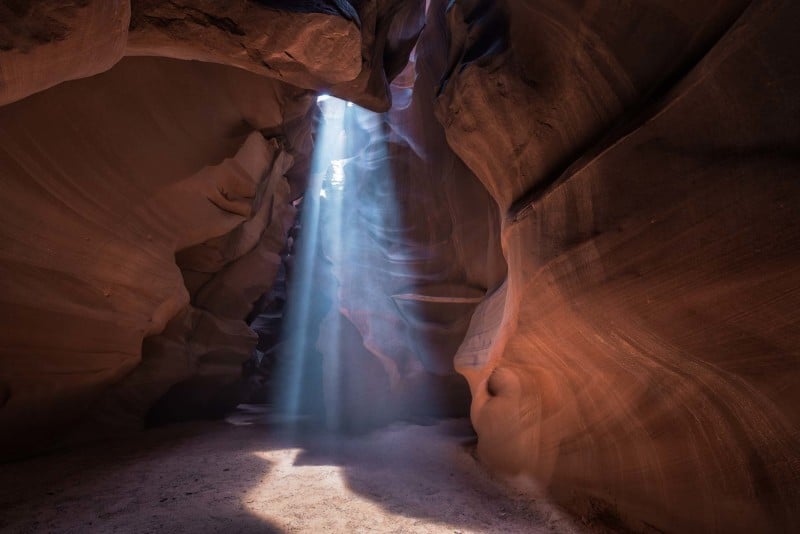 In my case, I decided to take the Upper Antelope Canyon photo tour in the summer of 2017, and I didn’t have a bad experience, mostly because I was shooting with just with two other photographers (the other five photographers of the tour were turned down because they didn’t carry a tripod).

I was happy with my images and the place looked like a real natural wonder, but at the same time, there is a contradictory feeling when you think about the “created” scenes and the circus you have just taken part in. I don’t regret my visit, but I don’t think I’d ever do it again.

In any case, for better or worse, Dec 20th will be the last photography tour in Upper Antelope Canyon.

Behind TIME’s Cover Photo of Greta Thunberg, 2019 Person of the Year