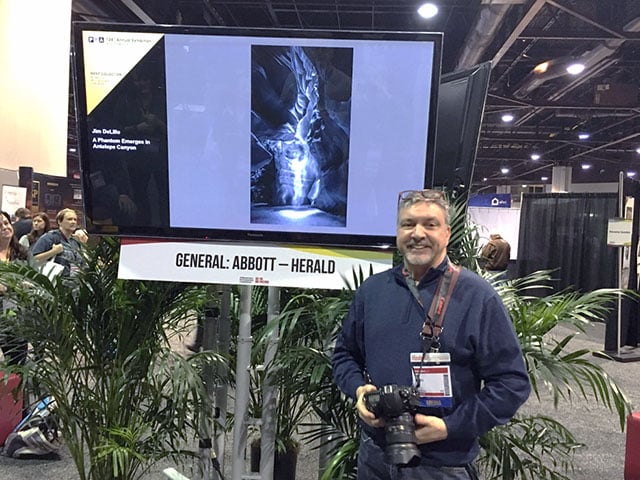 About a year ago, photographer Peter Lik announced that he sold a print of Antelope Canyon for $6.5 million to a private investor. There has been no independent confirmation of this transaction. Many in the photography community thinks that it might be a PR stunt.

So when I had the chance to visit the slot canyons of Page Arizona, I had in mind Peter Lik’s image of “The Phantom,” an ethereal black and white taken in Upper Antelope Canyon. Armed with a tripod, fast, wide lens and a sand-throwing guide, I attempted to make a similar photo.


Truth be told, there is nothing unusual about Lik’s capture (or mine) of the shaft of light illuminating the popular tourist attraction. A quick search on Google Images for “Antelope Canyon Black and White” brings up thousands of frames by hundreds of photographers. Some arguably as good or better than Lik’s. 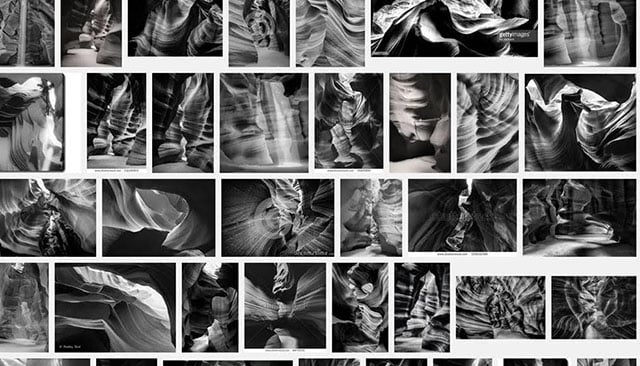 Here’s my photo, titled “A Phantom Emerges in Antelope Canyon”: 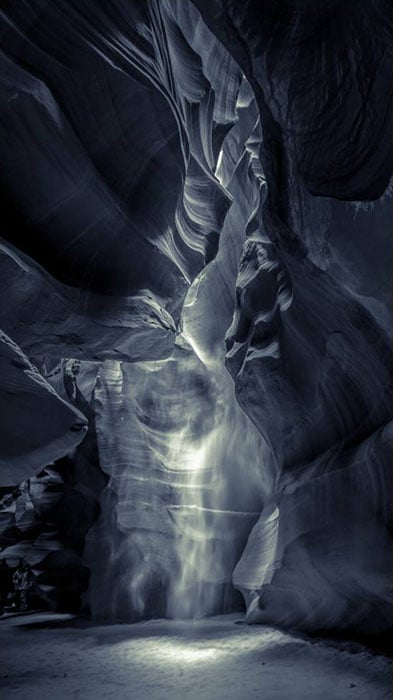 I entered my photo in the Professional Photographers of America (PPA) International Photographic Competition (IPC) and won a Merit Award, which placed it in the General Collection and published in the Marathon Press Showcase Book for 2016.

Peter Lik has been an active member of PPA and other photographer’s trade organizations, including being named a Fellow by the American Society of Photographers. The Fellowship is the highest honor one can receive in the group. No doubt, Lik has earned his fame. 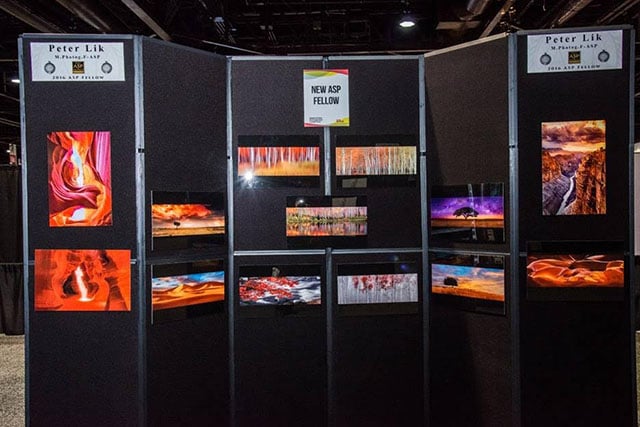 So, I was surprised when my recent win garnered some comments from a photographer via Facebook. He wondered why I would receive an award for what was a copy of Lik’s work. While indeed it is a black and white of a dusty sun beam in Antelope Canyon, it fits comfortably into the other thousands of images out there.

Like many iconic landmarks — the Eiffel Tower and Horseshoe Bend, for example — Upper Antelope Canyon and the other slots have limited vantage points from which to shoot. Consequently, a lot of images will have the over-the-shoulder look. The key here is that it is my image, and Peter Lik can feel honored that it’s one he so inspired me to take.

Now, if I can only find that private investor…

About the author: Jim DeLillo is a travel and adventure photographer who specializes in creating transporting imagery. You can connect with him and find more of his work on his website, Instagram, Facebook, and Twitter. “A Phantom Emerges in Antelope Canyon” can be viewed and purchased as a print here.

Photographer Captures His Proposal in 360 Degrees and Stop Motion