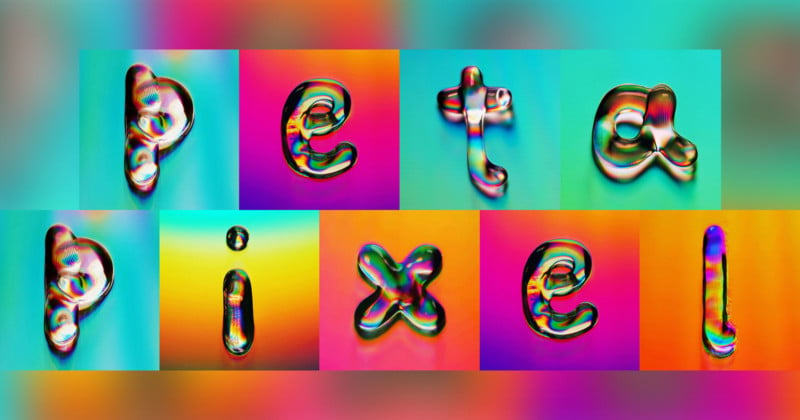 For his project Marmalade Type, Russian visual artist Rus Khasanov created colorful typography using his camera. The colors seen are due to interference patterns — not a single drop of paint was used in the project. 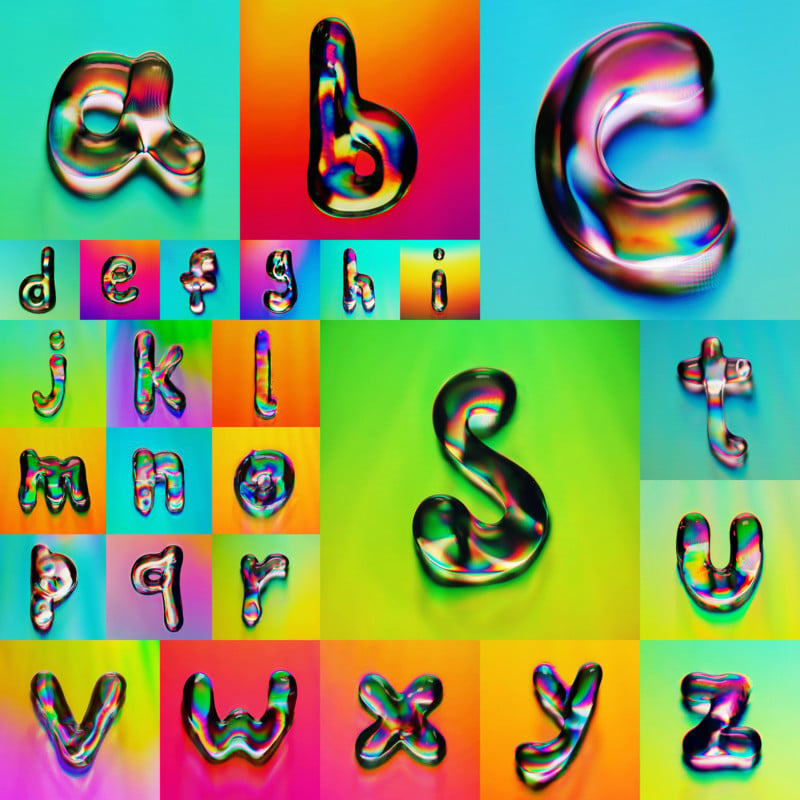 For a previous project titled Disctortion, Khasanov took CDs and DVDs and destroyed them in various ways (e.g. freezing, tearing, coating, bending). His goal was to see the way the colors and textures react to his alterations.

“I was inspired to create these projects by an old, scratched CD with 90s music, which just lay on the street and shimmered with all the colors of the rainbow under the sun,” Khasanov tells PetaPixel. “On a deformed surface, textures formed that bizarrely changed colors.”

After his initial experiments, Khasanov decided to form letters and shapes on the surface of the optical discs and photograph them with illumination from a lamp. He created and photographed one letter at a time, creating Marmalade Type. 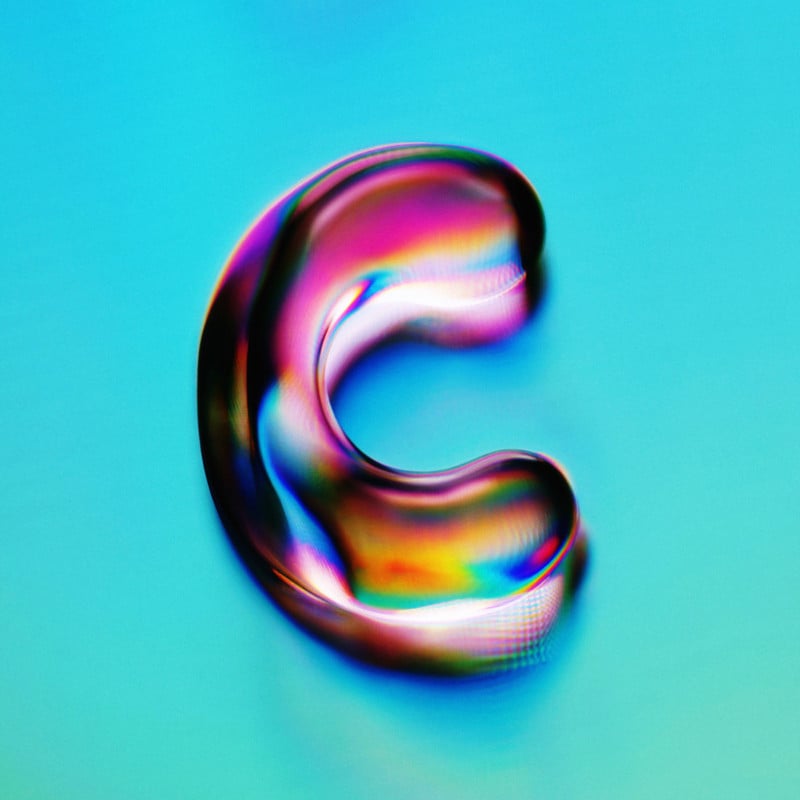 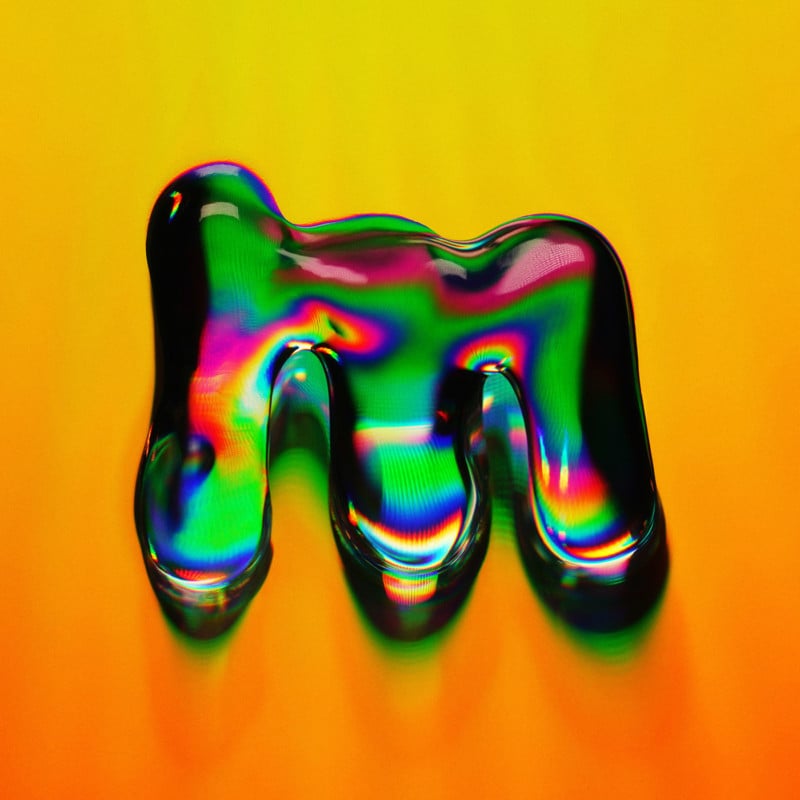 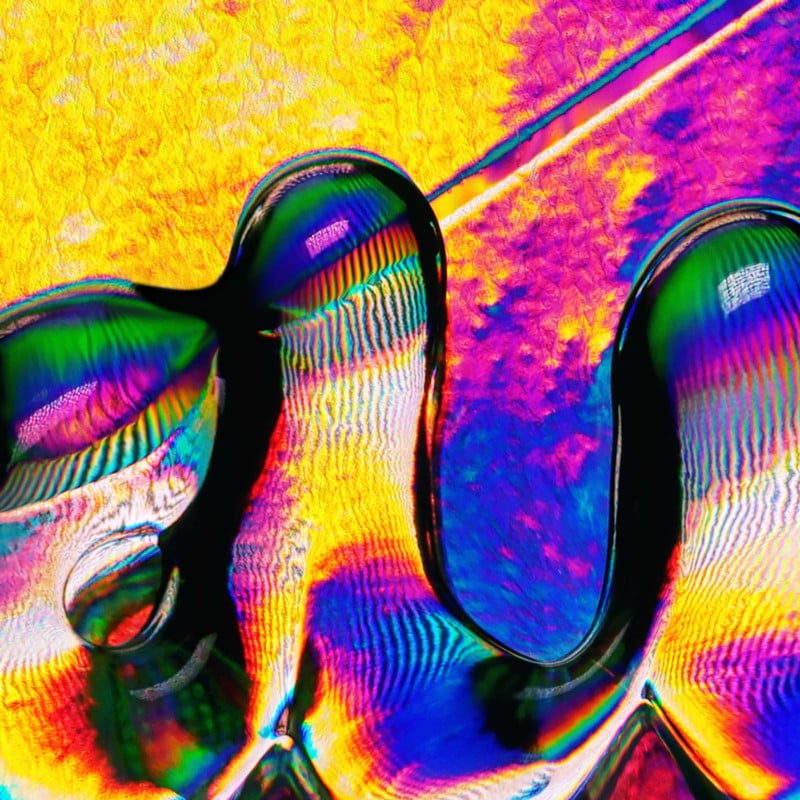 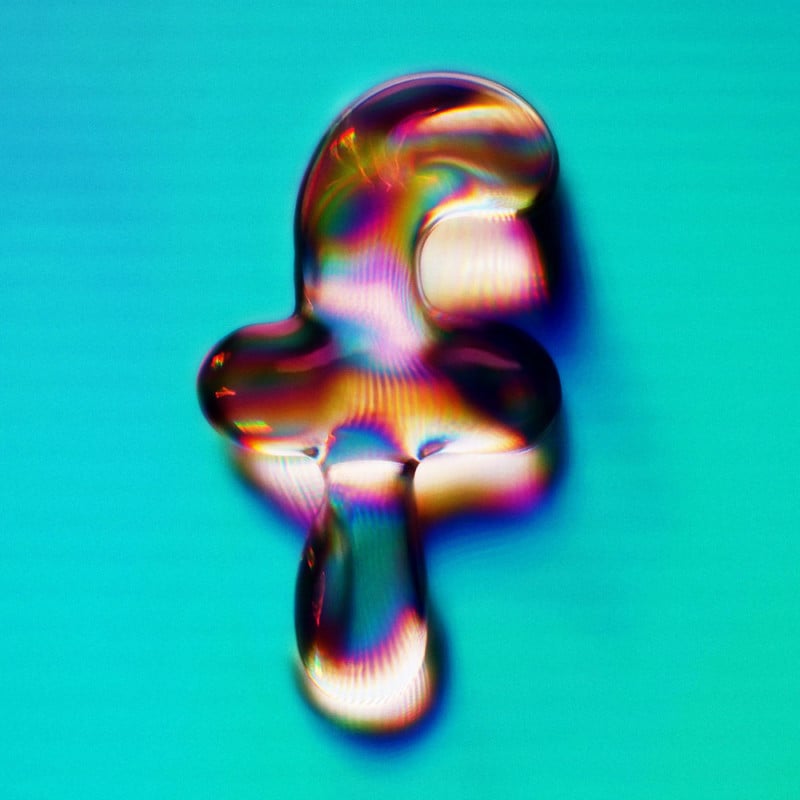 “These images look like computer graphics or some kind of experiment with gradients,” Khasanov says. “But the whole point is that this is just a photo.” 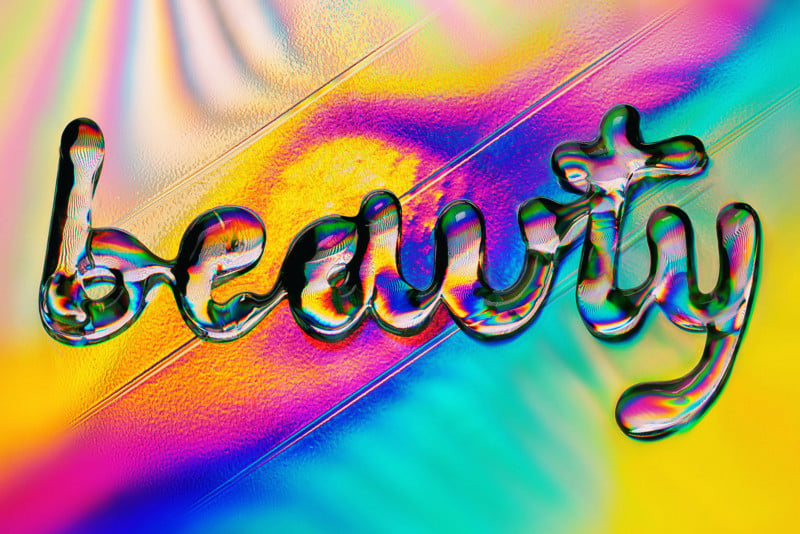 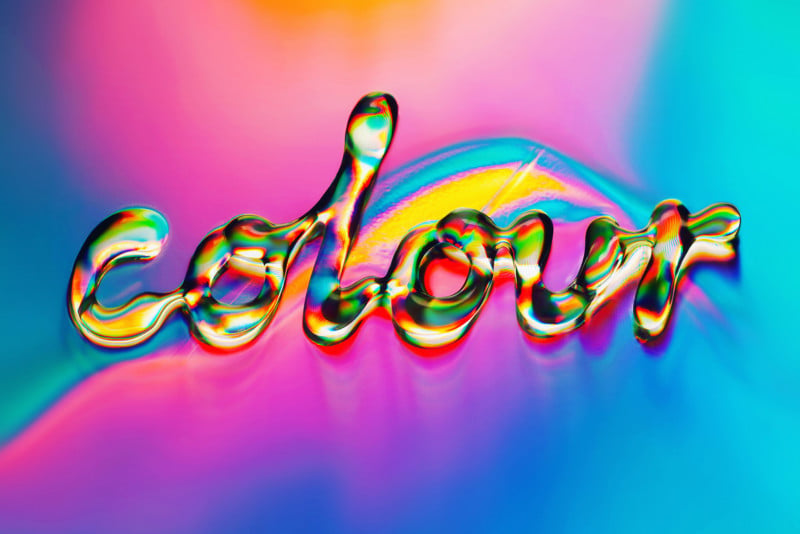 (via Rus Khasanov via Colossal)