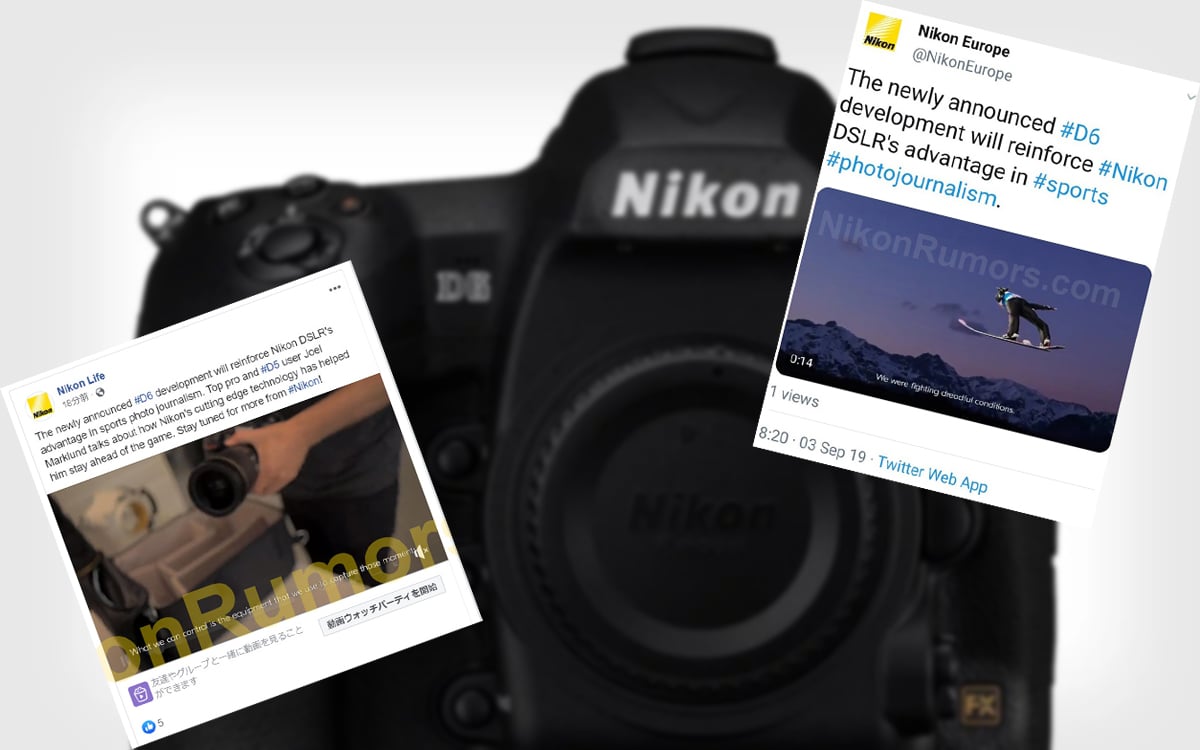 It’s been a bad few weeks for leaks directly from the source. First, Canon Australia leaked their own promo videos and brochures for both the Canon 90D and Canon EOS M6 Mark II a full week before announcement. Now, Nikon has let the D6 cat out of the bag less than 24 hours before they’re supposed to officially reveal the camera.

The leak appeared briefly on Nikon Europe’s social media accounts, where promo videos and announcement posts were live for a brief moment—not long enough for details to surface, but long enough for screenshots to survive. 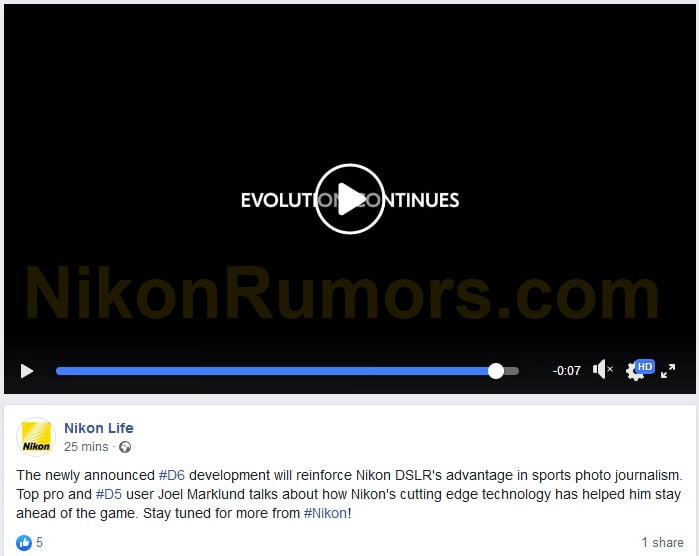 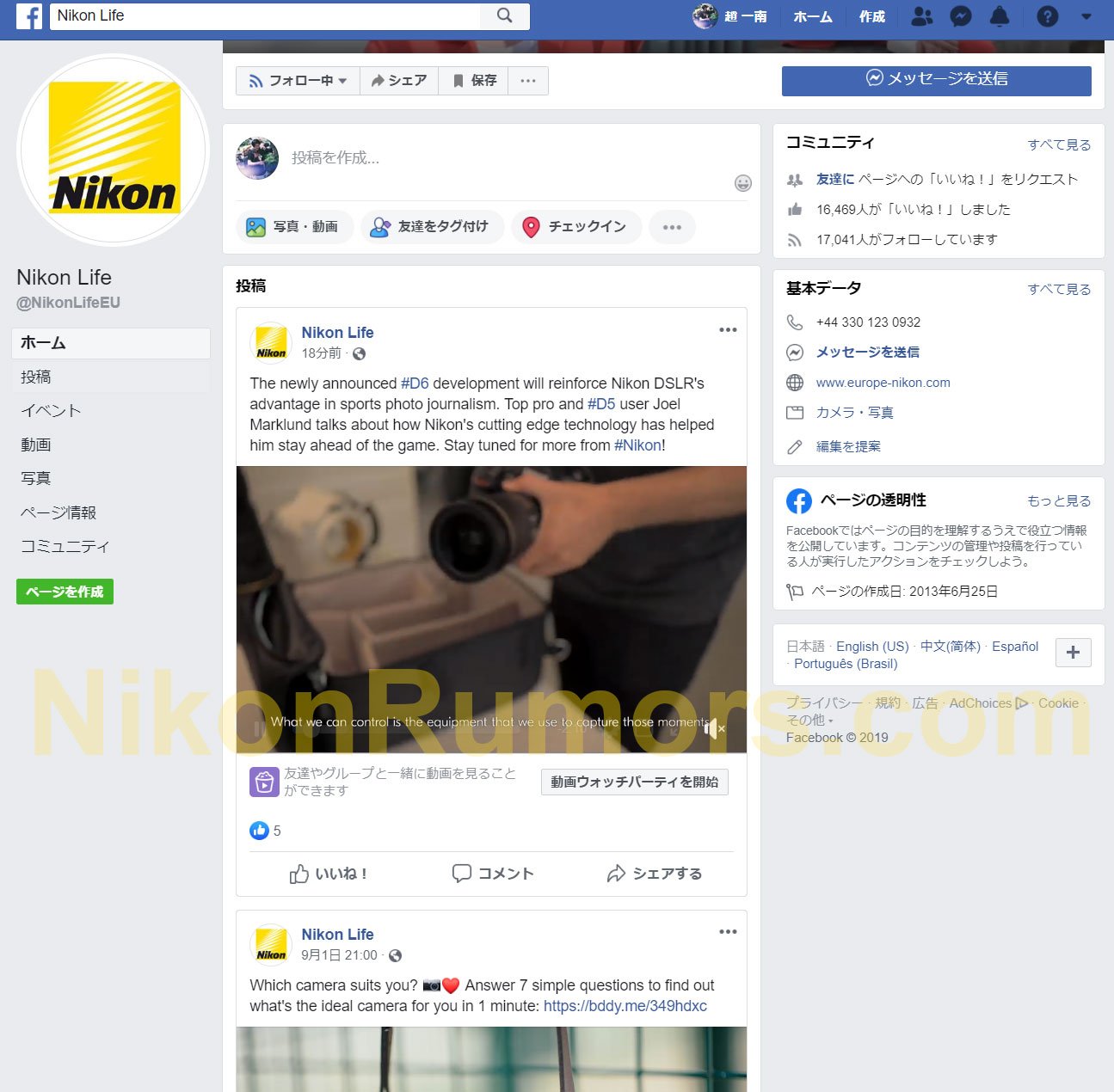 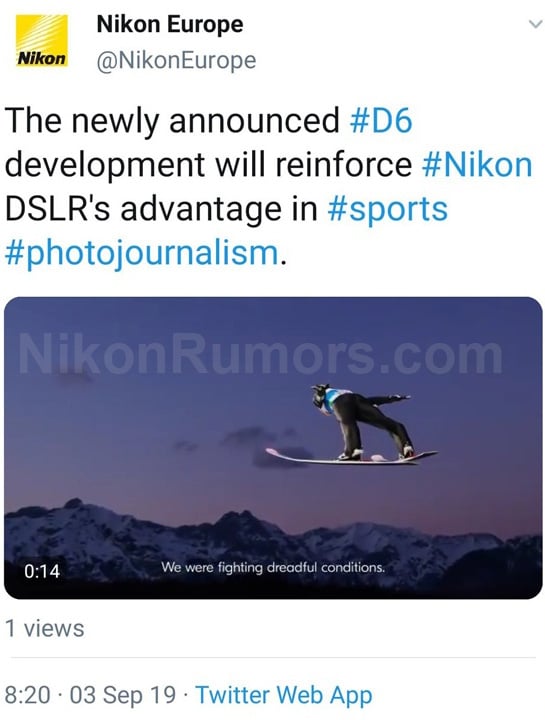 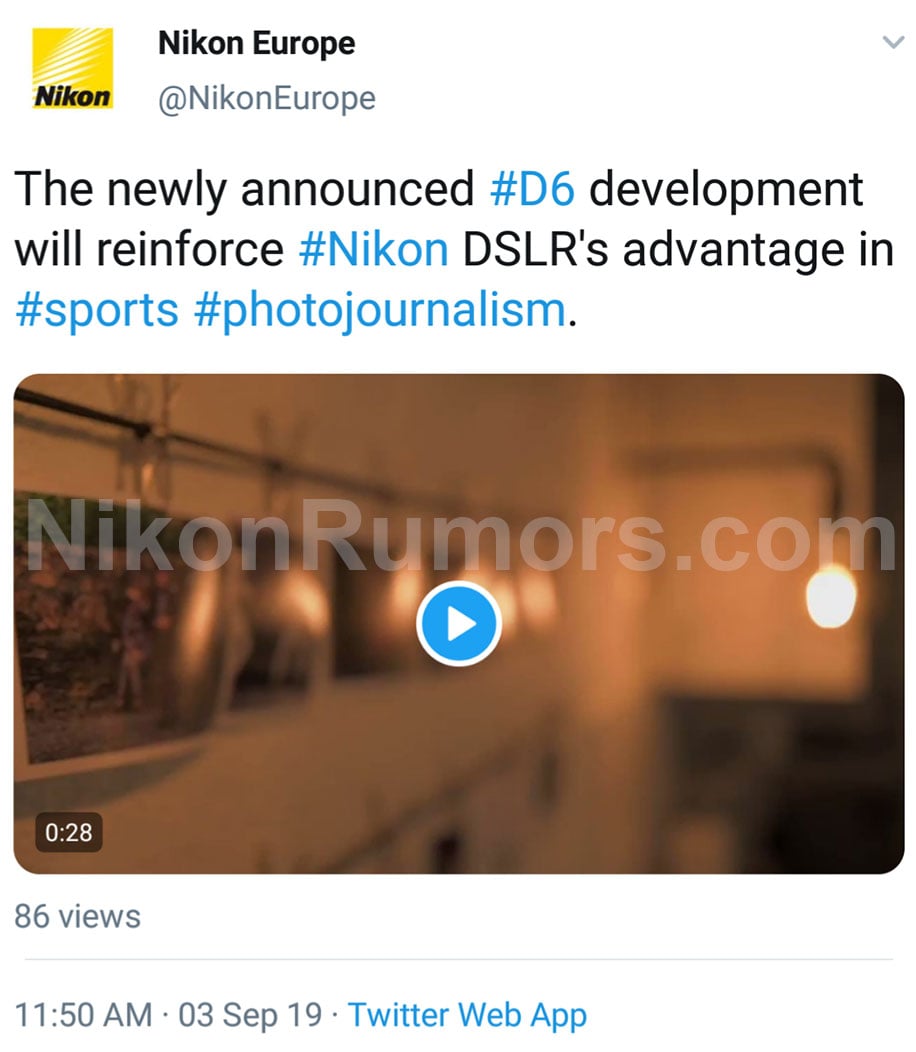 As we reported last week, it looks like Nikon will be “development announcing” the Nikon D6 this week—likely in the next 24-48 hours—making the camera official and showing off what it can do without sharing too many specs. The official announcement isn’t expected until late 2019 or early 2020, according to the most recent reports.

People will inevitably say that this is not a “leak.” That it was done on purpose; some brilliant marketing ploy to drum up excitement. But if my experience on the other side of this situation is any indication, that’s almost never (read: actually never) the case. Someone goofed…

We just wish we had confirmation of some of the more exciting specs allegedly coming to the Nikon D6, like in-body image stabilization, improved video specs, and a more advanced autofocus system. According to Nikon Rumors, the official development announcement will go live tonight around midnight Eastern time, so stay tuned and we’ll get you official details as soon as we have them!