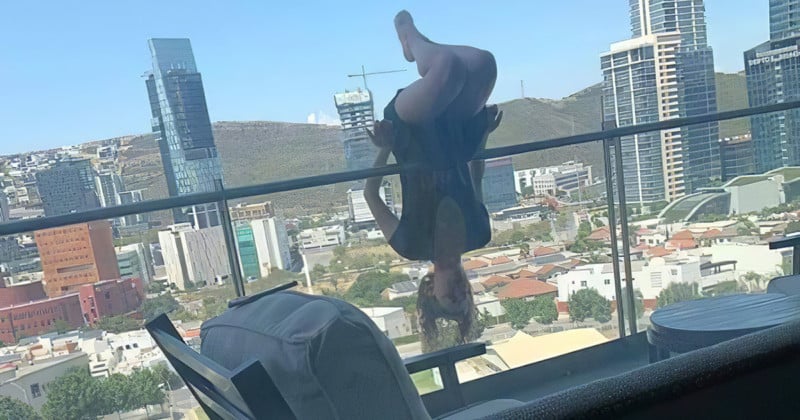 A woman in Mexico is thanking her lucky stars this week after she survived an 80-foot fall from a 6th-floor balcony while posing for “extreme yoga” photos.

The incident occurred on Saturday in the northeastern Mexican state of Nuevo Leon. El Universal reports that 23-year-old college student Alexa Terrazas was hanging upside down on the railing of the balcony while supporting her body with her bent legs when she lost her balance and plummeted to the ground below.

The “extreme yoga” pose was for a photo that’s now going viral around the world.

Local authorities inspected the balcony railing and determined that it was structurally sound and not at fault in the accident. Footage from the scene aired by Marca TV shows emergency services personnel carrying the woman on a stretcher into an ambulance.

Although the woman somehow survived the fall, she reportedly broke 110 of the 206 bones in her body, including fractures to her arms, legs, hips, and head. She underwent 11 hours of surgery and now faces years of recovery — she won’t be walking for at least three years, reports say, but walking at all would be a fantastic outcome after such a risky stunt gone so horribly wrong.

Panasonic Lumix S1H: A Review of the Best Hidden Features