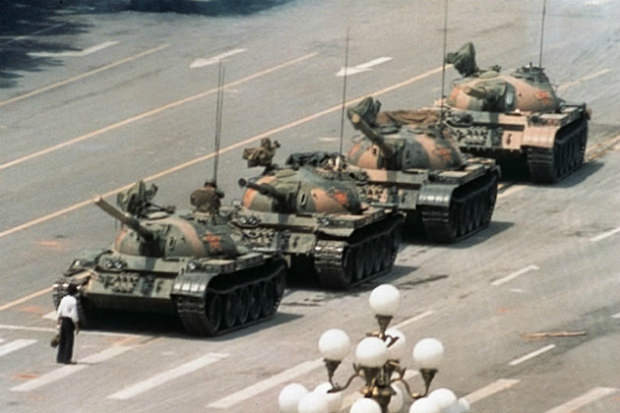 Most people are familiar with the famous Tank Man photo taken by AP Photographer Jeff Widener as tanks rolled into Tiananmen Square on June 5th, 1989. Taken from a 6th floor balcony of the Beijing hotel, the iconic version we’ve come to know is only one of 4 very similar photos taken that same moment. 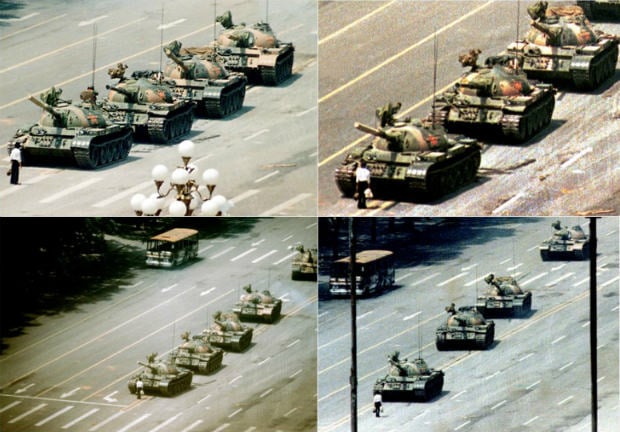 All four photos manage to capture the essence of that politically charged moment, but for some reason it was Jeff Widener’s that was widely reproduced. Maybe it was something about his composition, maybe it’s because the tank man seems almost to be hesitating with his body turned slightly away, but truthfully we’ll never know. Sometimes it’s not enough for a photographer to be in the right place at the right time, you have to capture the perfect moment as well.