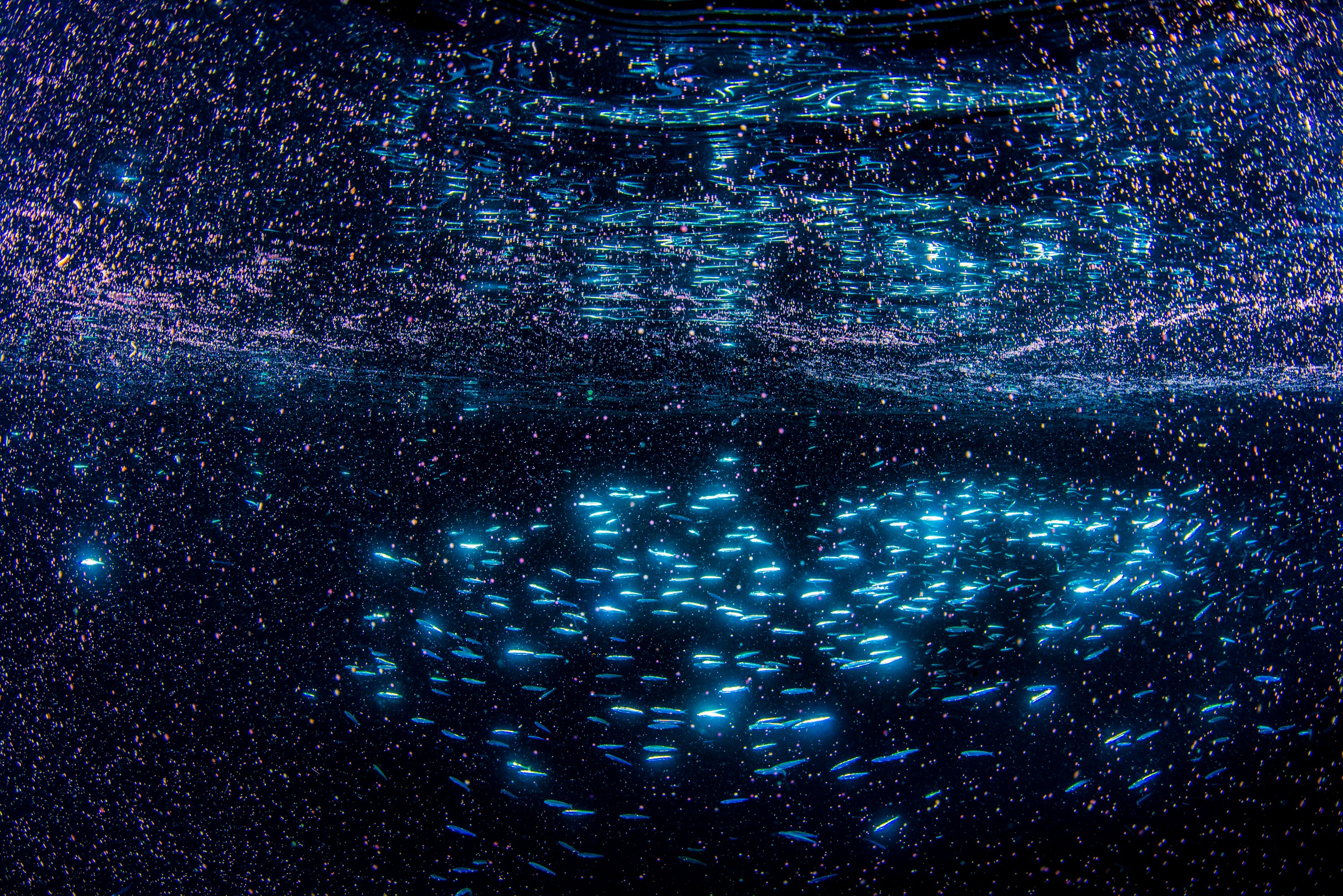 Late last year, Queensland Museum photographer Gary Cranitch captured one of the most spectacular underwater images we’ve ever seen, a photograph of a fleeting ‘coral spawn’ in the Great Barrier Reef that looks more like a photo of the Milky Way than marine life.

Cranitch is a seasoned underwater and wildlife photographer with an impressive portfolio of images and a history of award-winning shots, but he may have outdone himself on this one. The photograph above shows the exact moment when the coral are spawning, an event that’s as beautiful as it is rare.

According to Cranitch, spawning only happens once per year every spring, and after three hours in the water that night, he was about ready to give up. “It was about one in the morning and I thought I would take off my tank and put on a snorkel,” he tells ABC. “I got back in the water and within five minutes I was engulfed in coral spawn and then it was gone again.”

He only had the chance to fire off six or seven frames before the moment had passed, but the image he captured is true to his own experience in the water. Not a long exposure, but a quick shot captured with a Nikon D800 and AF-S Fisheye NIKKOR 8-15mm f/3.5-4.5 lens at 15mm, 1/100, f/16 and ISO 320—the pink coral spawn and blue school of fish lit up by his flash and reflected in the surface of the water.

“Imagine looking at the stars in a night sky but in fact you’re looking at an ocean in the middle of the night,” says Cranitch, describing the experience. “It’s like watching a massive star show. It’s seeing another world in a very simple photo with three tones in it—black, pink and blue.”