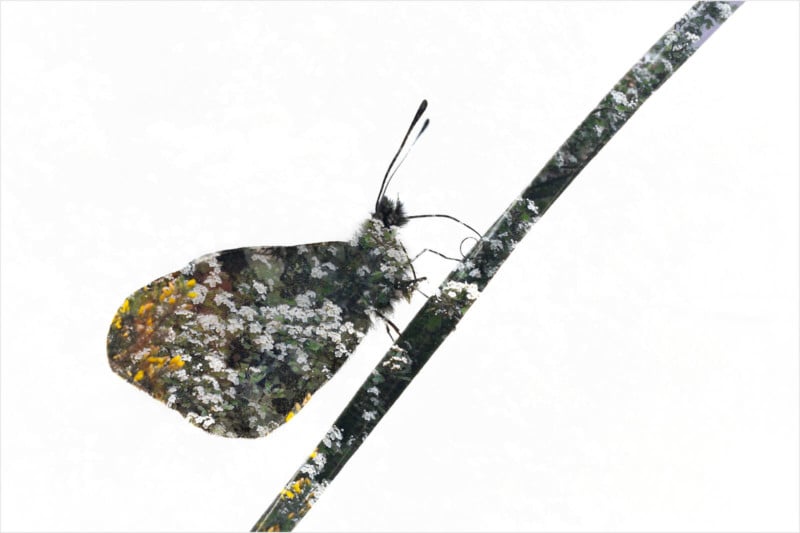 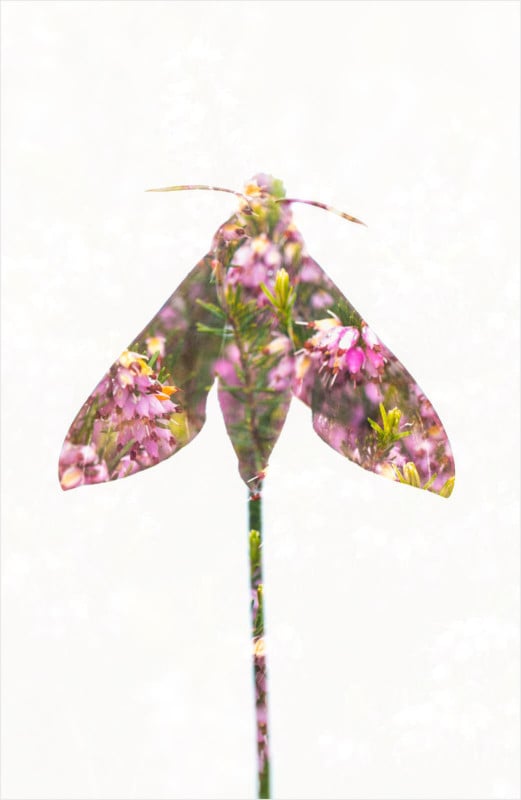 Doogue originally came up with the idea after playing around with the in-camera multiple exposure ability of his Canon 6D.

“[I] was really impressed by what could be achieved using this in-camera exposure option,” the photographer tells PetaPixel. “I’ve seen [it] done in Landscape and portrait, even larger animals and thought why not try it with macro.”

“It took a while for me to get the technique. It would have been a lot easier to just create a composite in Photoshop, but I wanted to challenge myself to do this in-camera.” 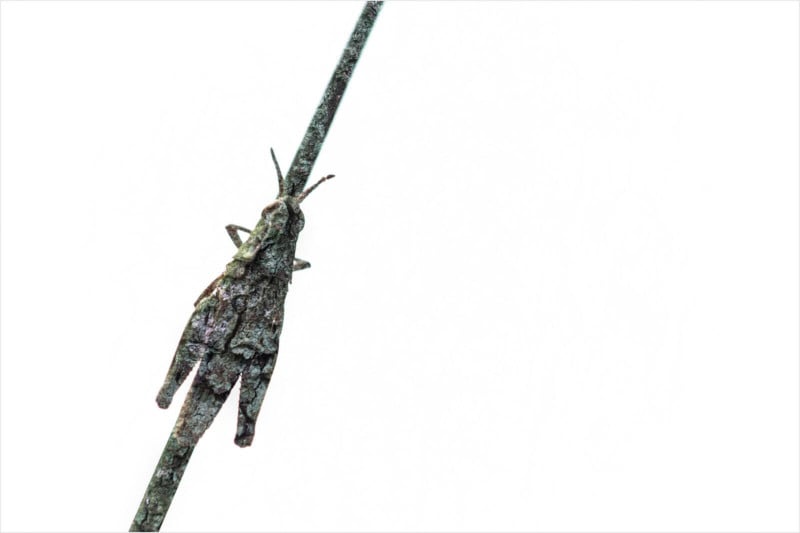 The main idea behind the project is to create macro photos of insects while using double exposures to fill them with wider-angle views of the environment in which they were found.

The title of the project, “Belle ame,” means “a beautiful soul” in French. 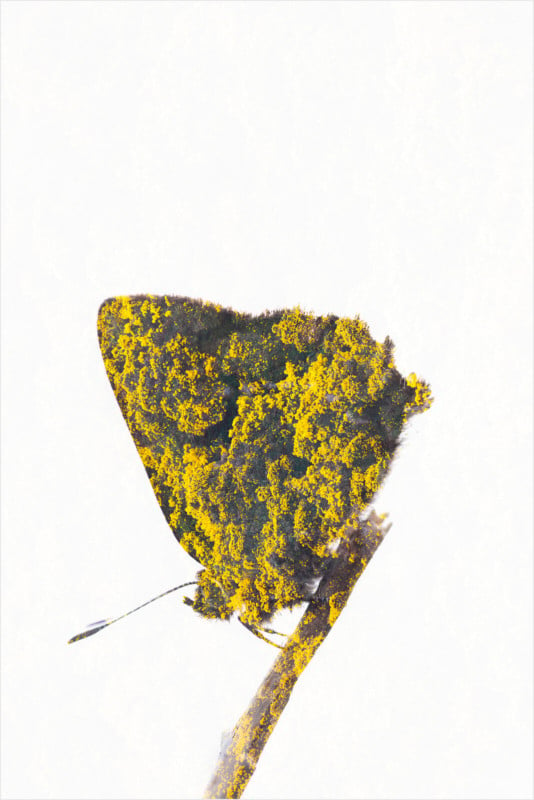 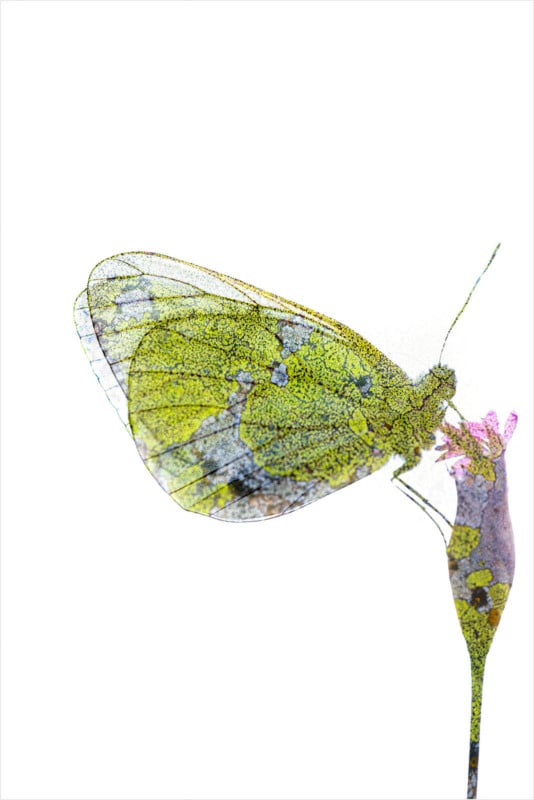 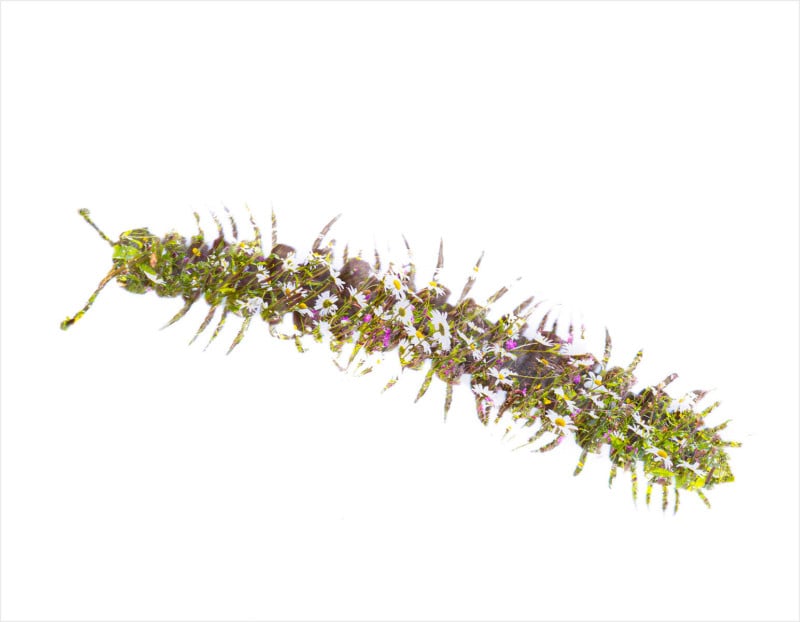 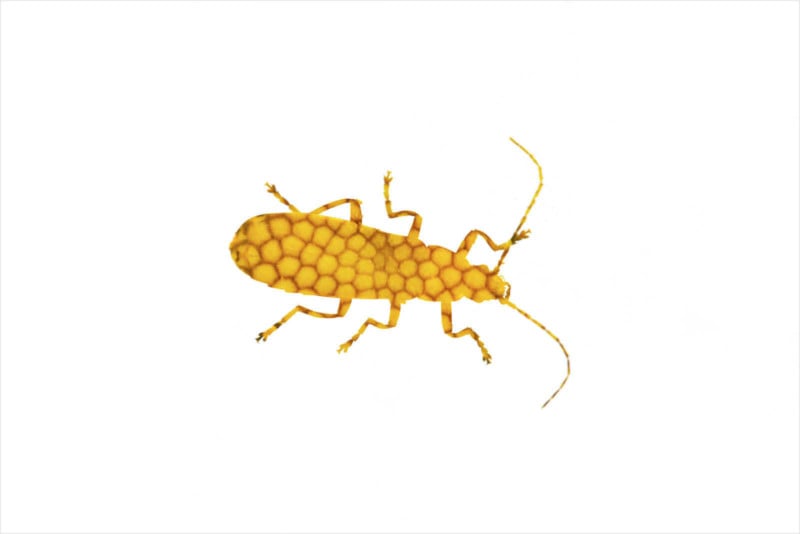 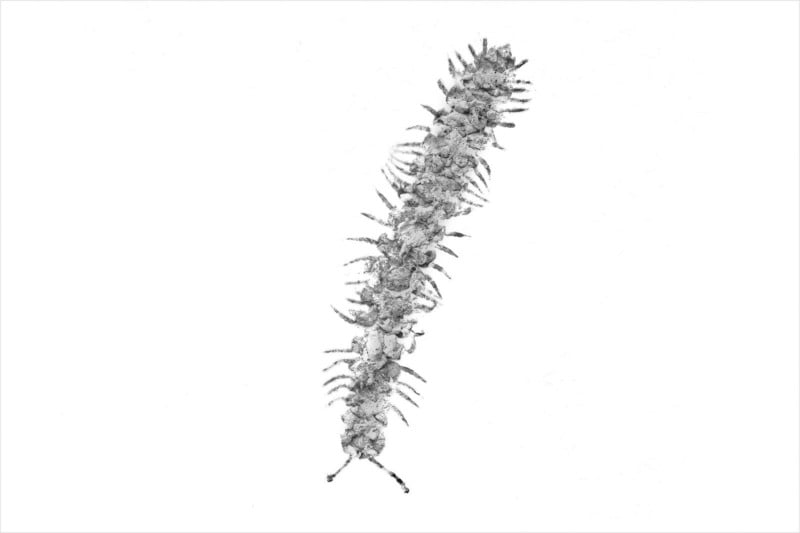 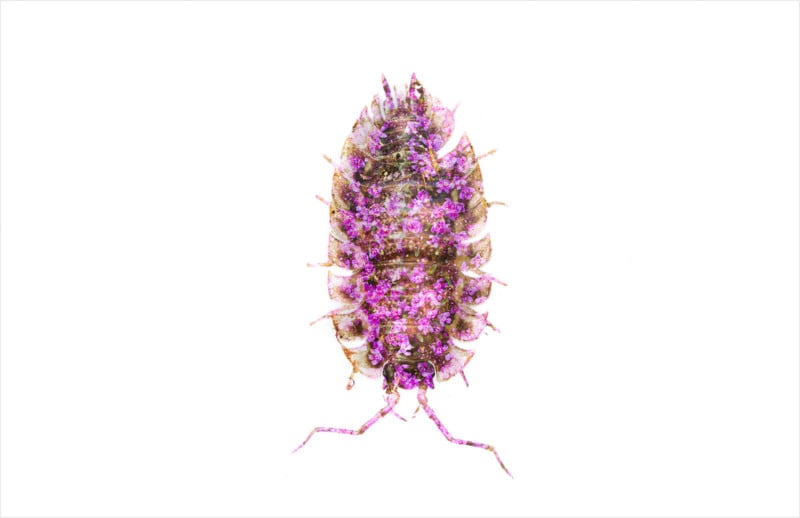