Time-lapse photographer Matthew Vandeputte recently captured something truly awesome. While he was sleeping soundly in a cabin somewhere in Utah, the camera he set up earlier that evening captured the moment when a meteor entered the atmosphere and exploded, leaving behind a green trail of dust and ionized gas.

The event happen on May 31st around 2am, approximately 1 hour after Vandeputte set up his Canon 6D Mark II with Canon 24mm f/1.4 lens and Canon TC80-N3 remote trigger to capture an astrophotography time-lapse while he slept. Around 5am, he woke up, grabbed his camera, and went back to sleep.

“A few hours later I woke up and scroll through the images to see if I had captured any interesting meteors,” writes Vandeputte on his blog. “You can imagine how I felt when I spotted not only the enormous green fireball, but also the persistent train that lingered for well over 30 minutes after the meteor exploded!” 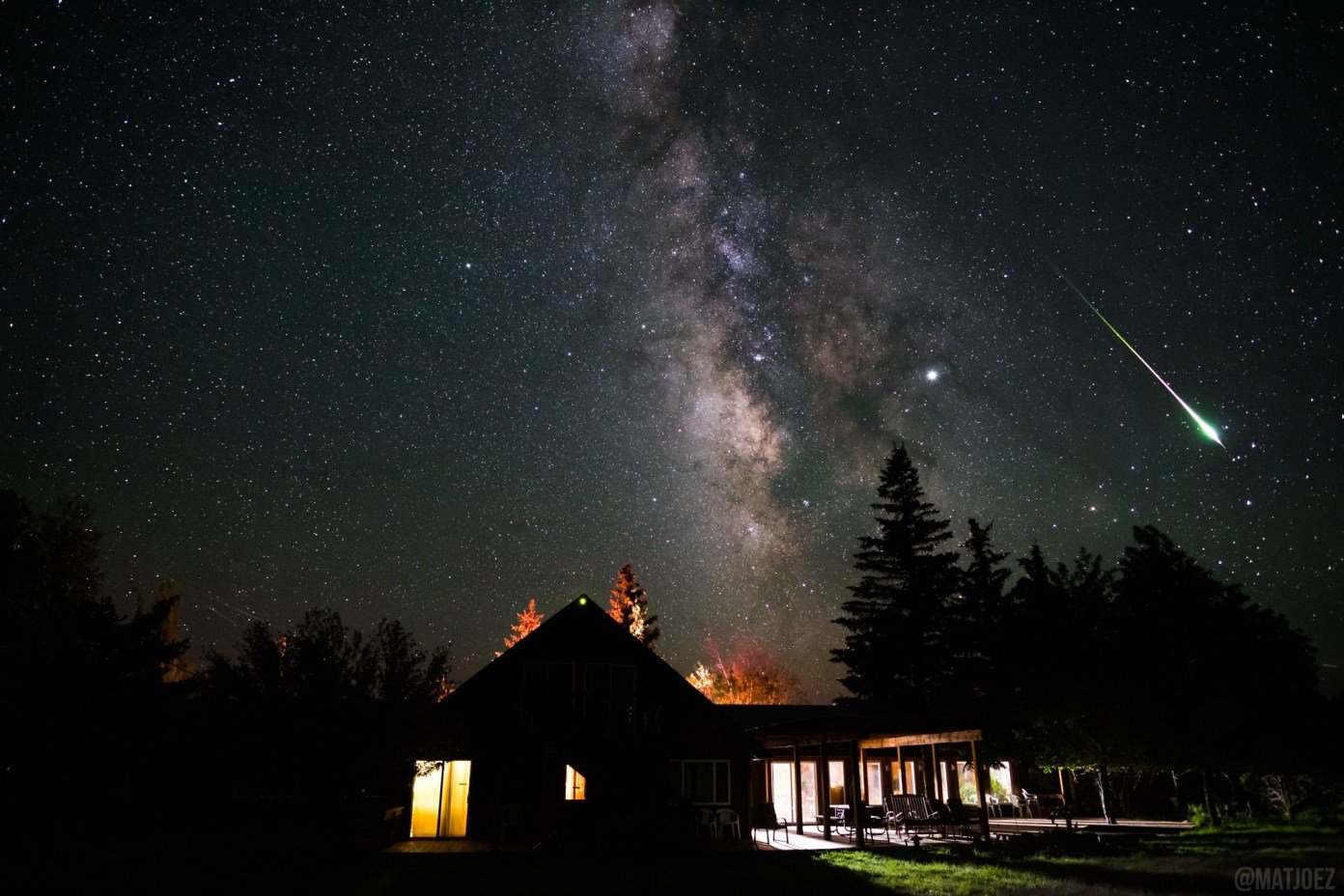 This celestial event is called a “bolide,” and it’s actually different from a fireball. As explained by the American Meteor Society:

“A fireball is another term for a very bright meteor, generally brighter than magnitude -4, which is about the same magnitude of the planet Venus in the morning or evening sky. A bolide is a special type of fireball which explodes in a bright terminal flash at its end, often with visible fragmentation.”

What Vandeputte captured was definitely a bolide, and one with an incredibly long and persistent train to boot. Typically this kind of train lasts only a few seconds. The train you see in Vandeputte’s time-lapse lasted some 30 minutes!

Here’s a closer crop that shows the bright green remnants of the exploded meteor: 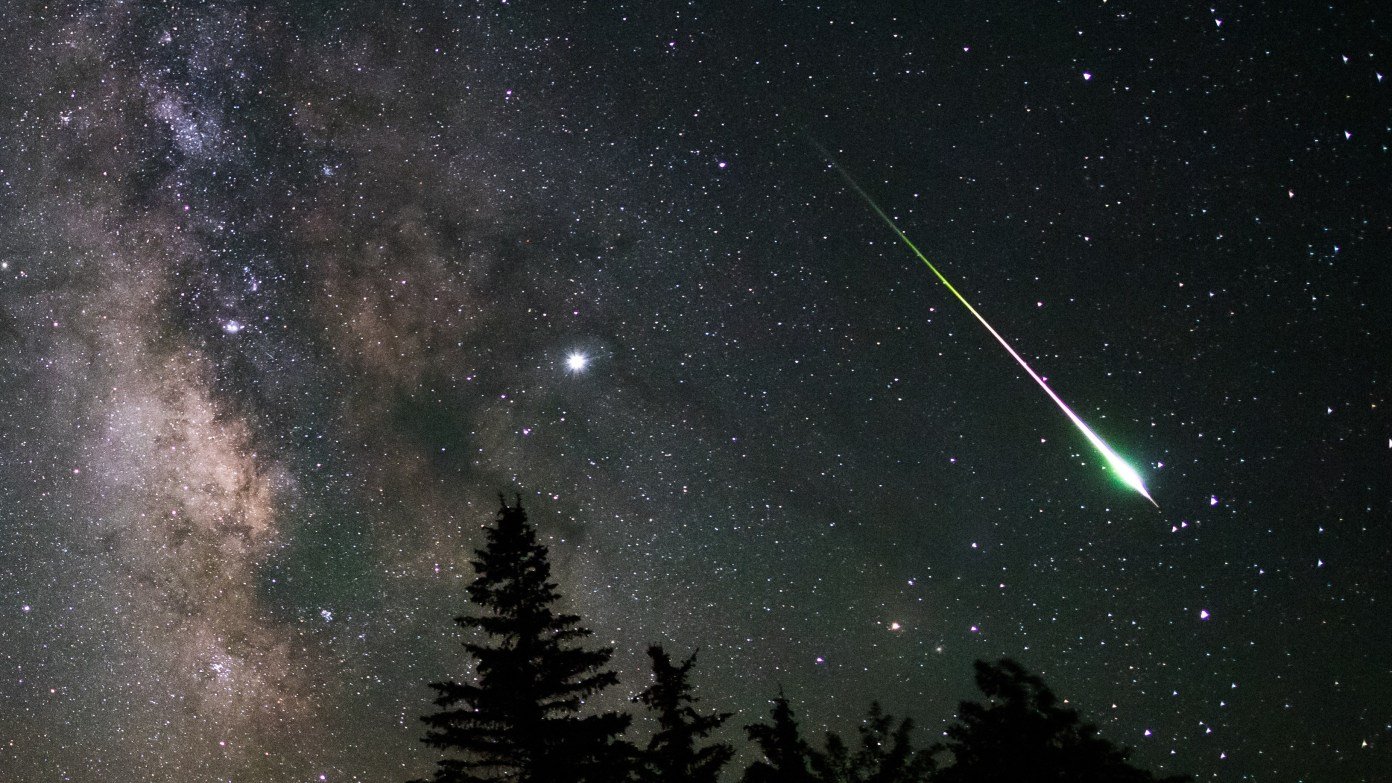 You can read the full story behind this fortunate incident over on Vandeputte’s blog, where he dives a bit deeper into the techniques and technical details behind this rare astro time-lapse. And if you want to learn more about how Vandeputte captures his astro and time-lapse photography be sure to check out his e-book as well.

Credits: Video and photos courtesy of Matthew Vandeputte and used with permission.