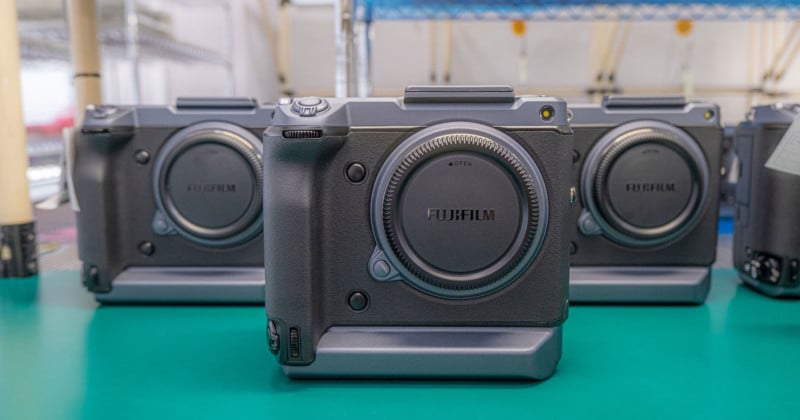 Last month, Fujifilm announced the GFX 100, a game-changing 102-megapixel medium format mirrorless camera. cinema5D has released a 2-part documentary that gives us a behind-the-scenes look at how this monster of a camera came to be.

Fujifilm granted Johnnie Behiri and cinema5D inside access through several trips to Japan over the past 8 months to witness and document the camera’s development after Fujifilm announced the development of the camera in September 2018.

Part 1 of the self-funded documentary is a 17-minute video that follows the process of designing the GFX 100 with interviews with some of the key figures behind the camera:

Part 2 is a 12-minute video that visits the Fujifilm factory in Taiwa in which the camera is being manufactured:

The second video also follows Fujifilm’s preparations for the May 23rd launch event in Tokyo at which the camera was officially unveiled.

“The idea was to bring our filming community a unique behind-the-scenes look into the camera creation process and also get to know the people behind that, their dilemmas, challenges, and emotions,” Behiri writes. “I would like to thank the Fujifilm team for being supportive in accepting our initiative, opening their doors to show a world we often don’t see and letting us share as much as possible of the lengthy process of making a camera.

“I’m sure you know that this is NOT the norm in our industry and appreciate this kind of transparency, too.”

My Three Years Without a Photography Agent