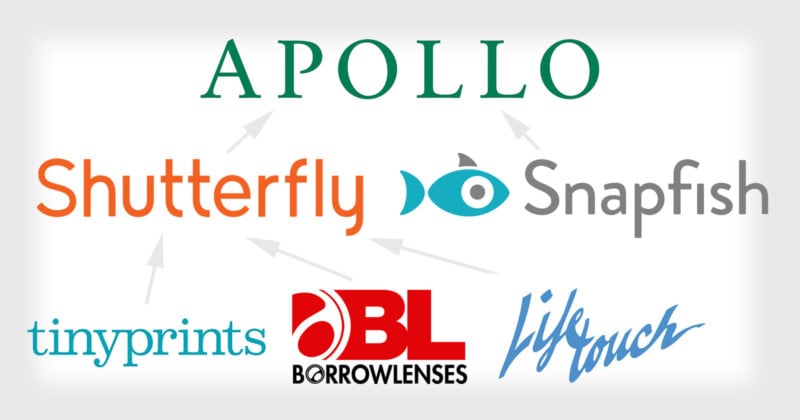 The private equity firm Apollo Global Management has stuck deals to acquire both Shutterfly and Snapfish. It plans to merge the two photo product retailers to form an even larger combined business.

Reuters reports that Apollo has agreed to pay $2.7 billion for Shutterfly, including $900 million in debt held by the public company, which will be taken private in the deal. The Wall Street Journal reports that the deal for Snapfish, which is owned by the privately-held District Photo, is valued at about $300 million.

And the acquisition of Shutterfly means that a number of other popular brands under its ownership are part of the deal as well: Shutterfly subsidiaries include the printing service Tiny Prints, the camera gear rental business BorrowLenses, and the school photography giant Lifetouch.

“We are extremely excited for our funds to acquire Shutterfly,” says Apollo Senior Partner David Sambur. “At a time when billions of photos are taken every day, Shutterfly has led the charge as a pioneer of personalized photo products and school photography, helping consumers capture, preserve and share life’s most important moments.

“We look forward to working with Shutterfly’s talented employees and supporting further investments in technology to drive the continued growth and success of the business.”

Both deals are expected to close in the fourth quarter of 2019.

My Nightmare with USPS Insurance in Shipping a Camera Lens

13 of the Most Popular Photos in NASA’s Archive