Professional birth photography has been emerging as a niche over the past decade. But when wedding photographer Megan Mattiuzzo gave birth last month, she didn’t hire a photographer to document the momentous occasion — she decided to shoot the actual delivery herself…

Mattiuzzo, a 29-year-old photographer based in Hamburg, New York, first discussed the idea of shooting her own childbirth with her doctor when she was 37 weeks pregnant.

“I’m used to capturing moments that you can’t retake,” Mattiuzzo tells PetaPixel. “So when I found out I was pregnant, I knew that I wanted to capture my son’s first breath, first moments, seeing his face for the first time.

“[My doctor] told me that it would be fine for me to attempt the photos due to having a healthy pregnancy. She said she had no reason for concern and that as long as I was okay on that day, she would be totally fine with me doing it.” 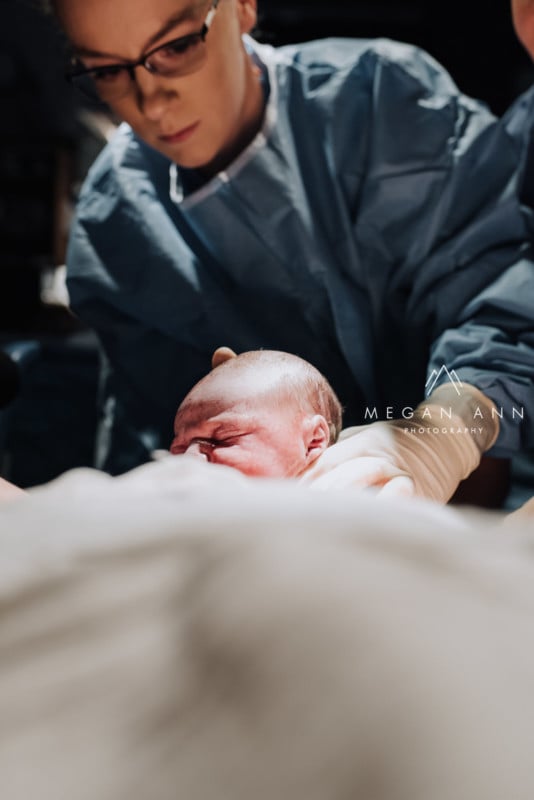 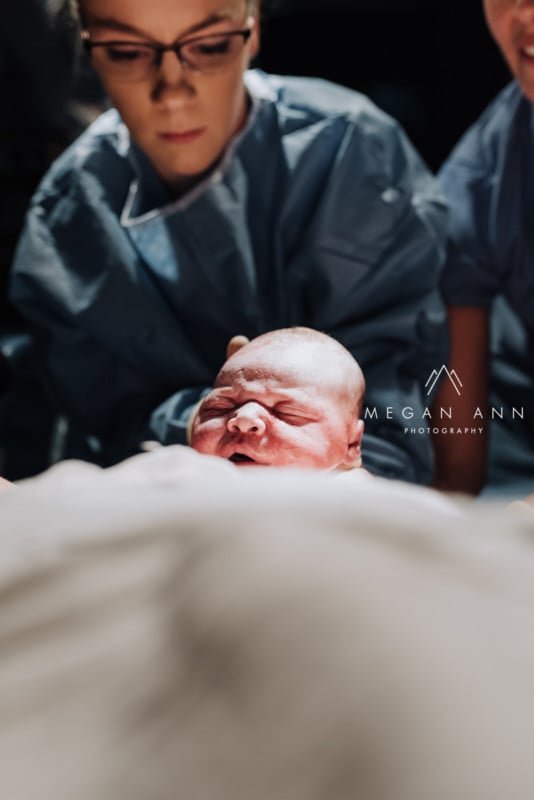 On the day of, Mattiuzzo got her Nikon D5 DSLR and Sigma 35mm f/1.4 Art lens ready before going into active labor. She opted to receive an epidural, which would relieve pain and allow her to shoot photos while pushing, but she experienced more pain while shooting because the epidural didn’t go as planned.

“Due to a failed epidural that was not 100% effective, I was able to feel the right side of my body and a spot on my left abdomen,” Mattiuzzo says. “When it was time to start pushing, my husband [Ryan]’s job was to hand [the camera] to me when it was time for the last push.

“While pushing for an hour and 15 mins, I had him hand me the camera to set my settings. I was able to set these setting between two contractions while a nurse held one leg and my mother held the other leg. I made the doctor laugh when I had her tell the nurse to turn off the room lights and put the giant spotlights on above the bed to make for a better photo.” 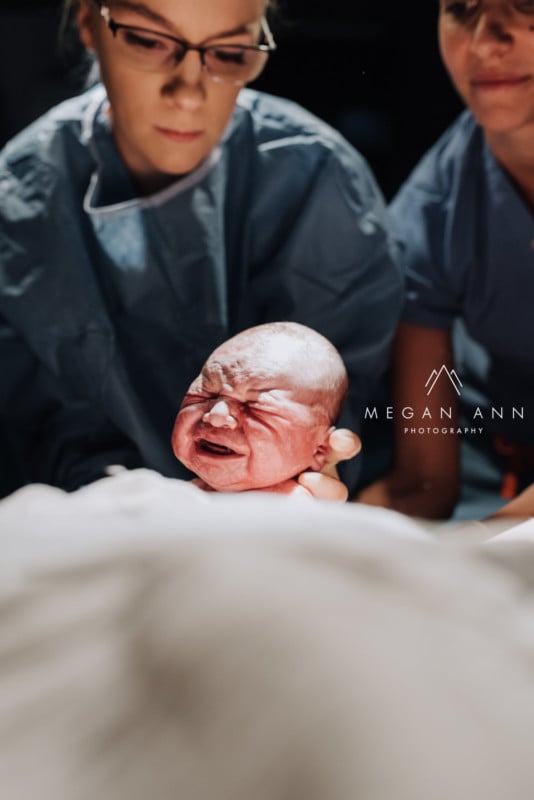 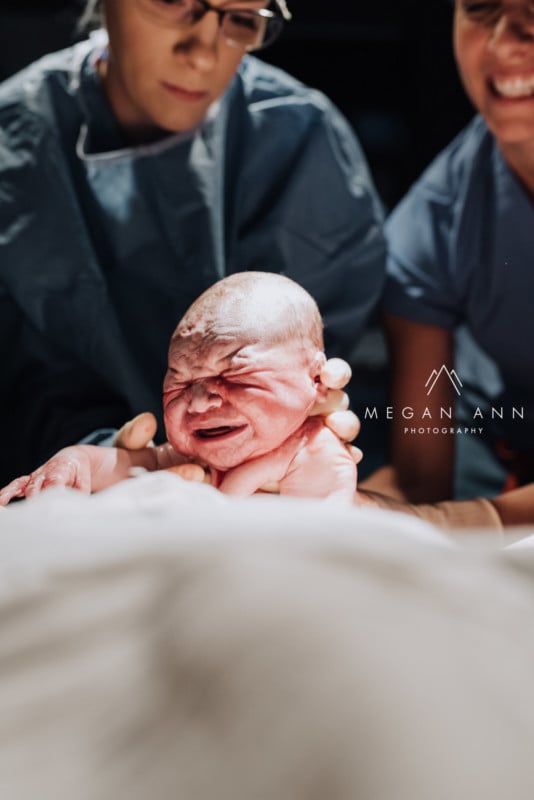 When it was time for the final push, the photographer in Mattiuzzo took over.

“I took the camera and tucked my chin to my chest, rested the camera on my stomach, pulled my head to the viewfinder, and started pushing,” she says. “I then saw a moment I will never forget… my son’s hair… then his head… then his body… all while shooting. It was the most amazing moment of my life.” 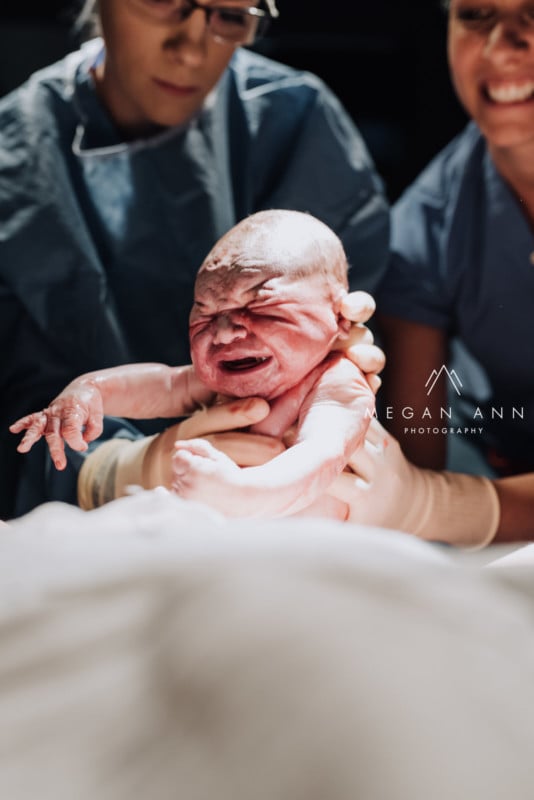 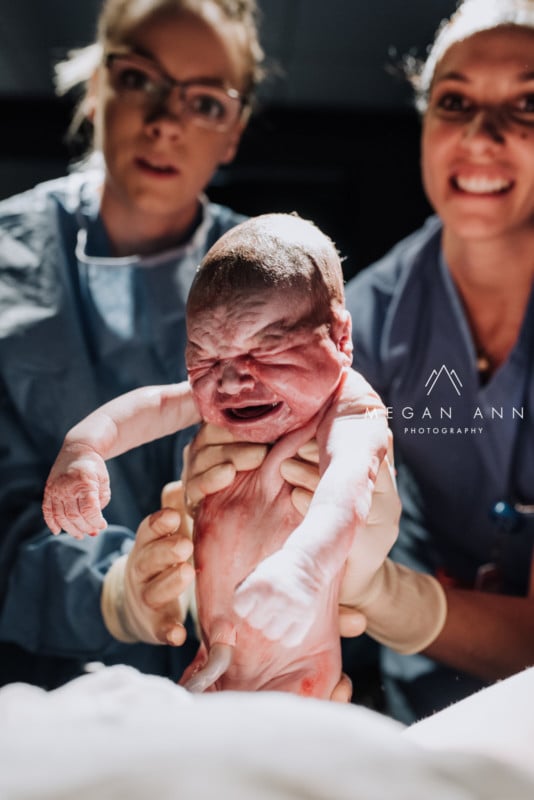 Mattiuzzo says she has no regrets over her decision to photograph during the birth, and that she’ll treasure the ability to relive her son Easton’s birth “over and over again.”

(via Megan Ann Photography via Fstoppers)