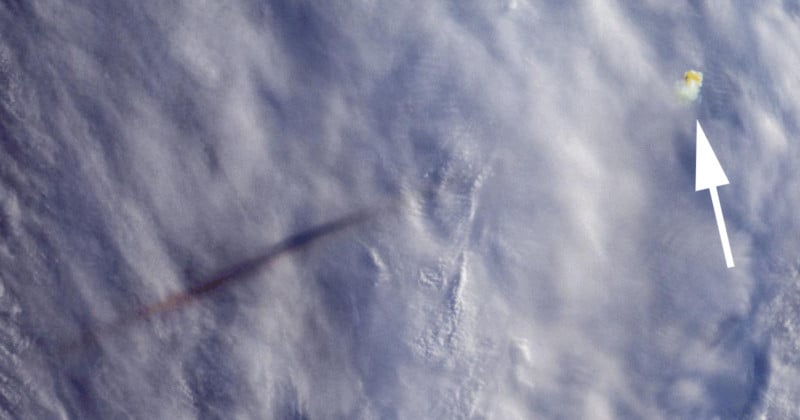 NASA has released photos it captured of a rare ultra-powerful meteor explosion that occurred above the Bering Sea back on December 18th, 2018. The “fireball” unleashed over 10 times the energy of the atomic bomb that was dropped over Hiroshima in World War II.

NASA says two instruments on its Terra satellite captured the shadow and blast of the meteor, which exploded about 16 miles (26km) above ground and unleashed an estimated 173 kilotons of energy.

The Moderate Resolution Imaging SpectroRadiometer (MODIS) instrument captured a true-color photo showing the remnants of the meteor as a dark shadow on the white clouds below. 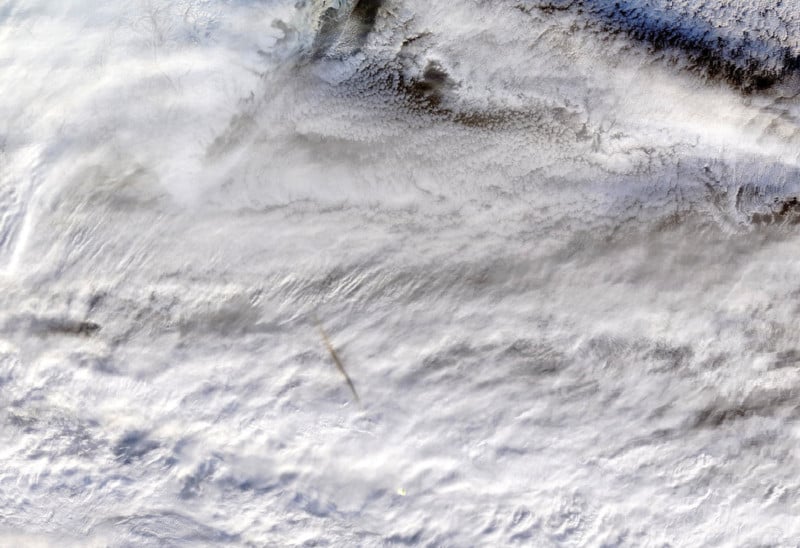 The Multi-angle Imaging SpectroRadiometer (MISR) captured an image sequence showing the orange tinted cloud that was left behind as the meteor flew through the sky and super-heated the air.

The MISR instrument, also on Terra 🛰, saw the large "fireball" — the term used for exceptionally bright meteors ☄️ that are visible over a wide area — as it exploded 💥 about 16 miles above the Bering Sea, far enough way to pose no threat. pic.twitter.com/lyjyZKBZOm

“The Dec. 18 fireball was the most powerful meteor to be observed since 2013; however, given its altitude and the remote area over which it occurred, the object posed no threat to anyone on the ground,” NASA writes. “Fireball events are actually fairly common […]”

Profoto Connect is a 100% Button-Free Trigger for Flash Photography

These Multiple Exposure Eye Photos Were Made Entirely In-Camera