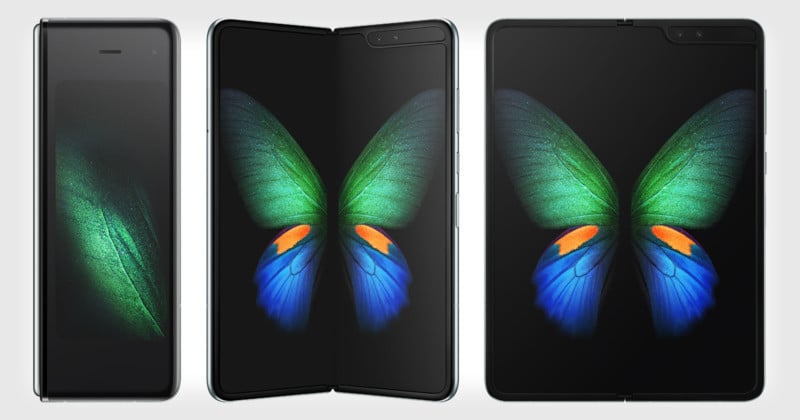 Samsung today kicked off a new mobile category with its pioneering Galaxy Fold. The device features a 7.3-inch folding screen and 6 cameras. It’s a smartphone and tablet “folded into one.”

The compact Galaxy Fold is portable when it’s folded up but expands to reveal Samsung’s largest-ever smartphone display. The device features a sophisticated hinge that allows it to both open flat and close with a click.

Three apps can be opened simultaneously on the main Dynamic AMOLED display, and apps seamlessly transition between the cover of the device and the main displays. 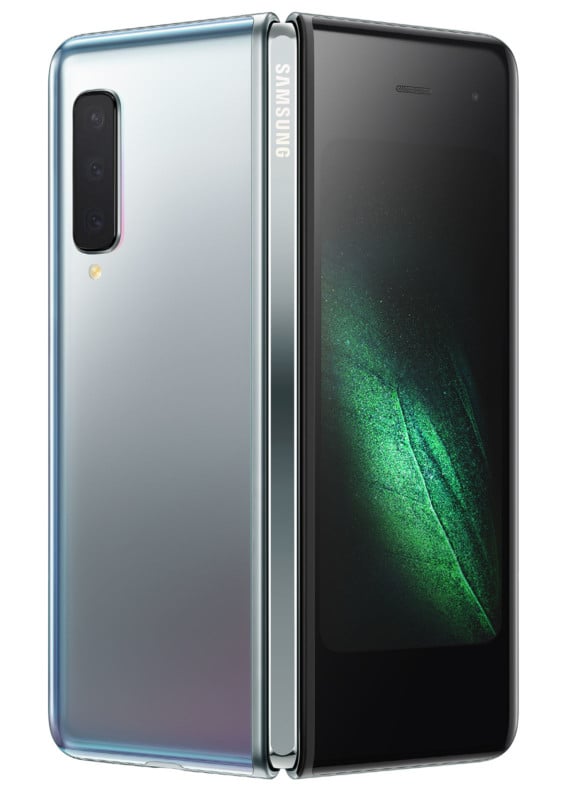 “As Galaxy Fold opens and closes, apps will automatically show up where you leave off,” Samsung says. “When you’re ready to take a photo, make in-depth edits, or have a closer look at the feed, open the display for a big screen and fuller canvas.” 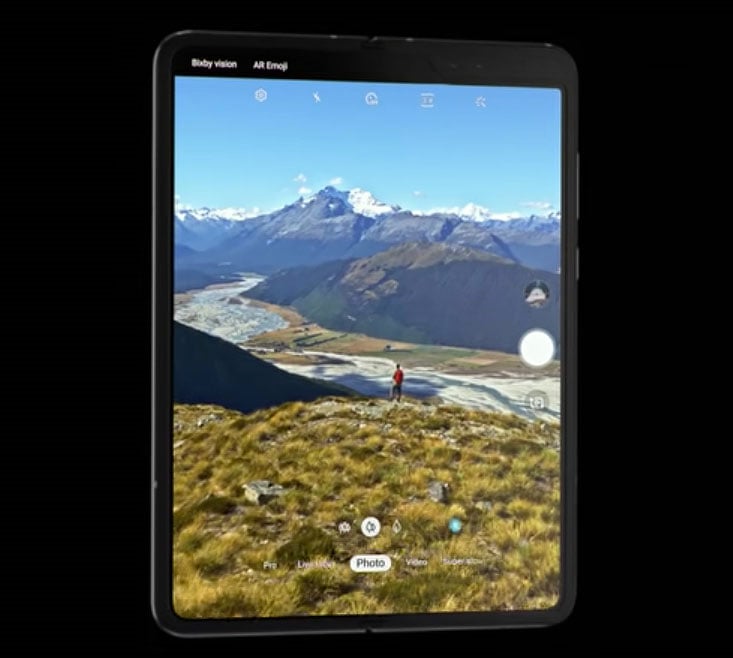 Other features and specs include 12GB of RAM, a dual battery system, two-way charging (it can charge other devices while it’s being charged), and stereo speakers.

The Samsung Galaxy Fold will be available starting in the second quarter of 2019 with a price tag of $1,980.