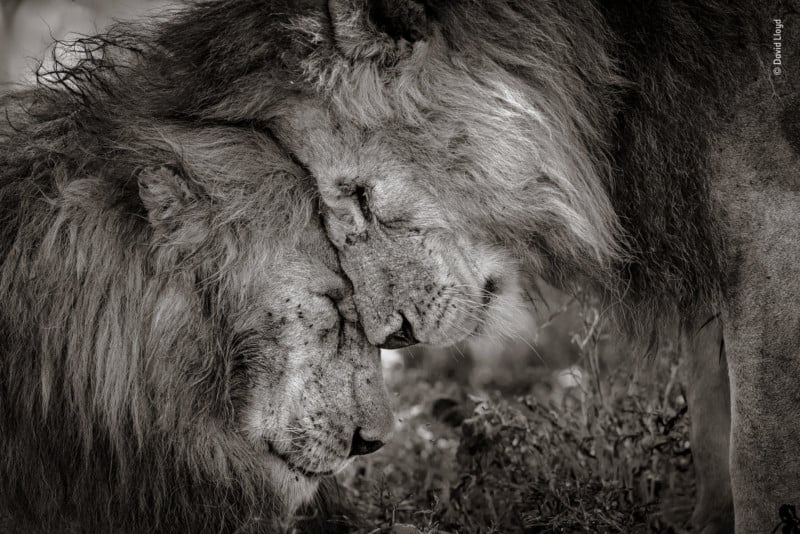 The winners of the prestigious Wildlife Photographer of the Year photo contest were announced in October 2018, but now the National History Museum has followed it up with the top People’s Choice shots. The winning image this year shows a special moment between male lions.

These two adult males, probably brothers, greeted and rubbed faces for 30 seconds before settling down. Most people never have the opportunity to witness such animal sentience, and David was honoured to have experienced and captured such a moment. The picture was taken in Ndutu, Serengeti, Tanzania.

The photo was selected as the favorite fan photo from among 25 shortlisted images (selected from 45,000 submissions) through a vote of 16,000 nature photography fans. It now receives the Wildlife Photographer of the Year LUMIX People’s Choice Award.

Here are four other photos that made it into the top 5 by being “Highly Commended”:

Why I Deleted All of My Social Media and 60,000 Followers