Want to learn how to get your portrait subjects to give you the poses and expressions you’re going for? Photographer Miguel Quiles made this helpful 11-minute video in which he shares one of his best tricks: getting subjects to play a character.

Rather than telling the average person exactly what to do with their body and face mechanically — something that works nicely for experienced models — Quiles finds it easier to tell those people to imagine that they’re a certain character in a specific situation. It’s a way to get the expressions to “look right” on regular people.

As an example, Quiles shares the story of how he noticed a man walking by while he was out teaching students during a photography conference.

After the man agreed to pose for a portrait, here’s what Quiles said to direct him:

I look at you and I see you as a character in a movie. A very specific movie. You are a scientist in the movie Jurassic Park. But you’re not just any scientist — you are the preeminent scientist when it comes to talking about dinosaurs and fossils. You know everything about everything. You’ve written studies and all kinds of crazy stuff. That’s the guy that you are.

I want you to look at this camera and pretend that it’s that young college student that just graduated college that knows everything about everything and wants to tell you about it. He wants to flex his Jurassic Park University knowledge on you, telling you about dinosaurs and this cool study that he did… just trying to impress you because you’re the head scientist at Jurassic Park.

But what he doesn’t realize is that you wrote the books that he was reading and that he’s referencing from his college classes. So it’s a little bit awkward, but you wrote those books. 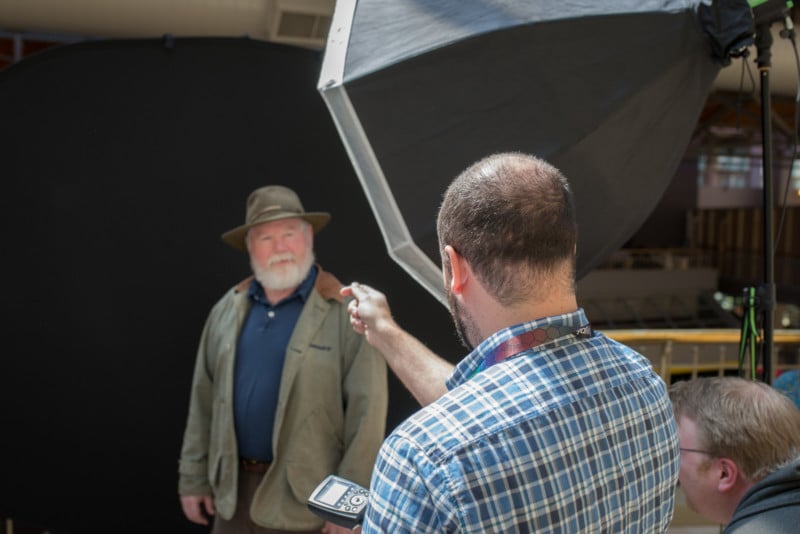 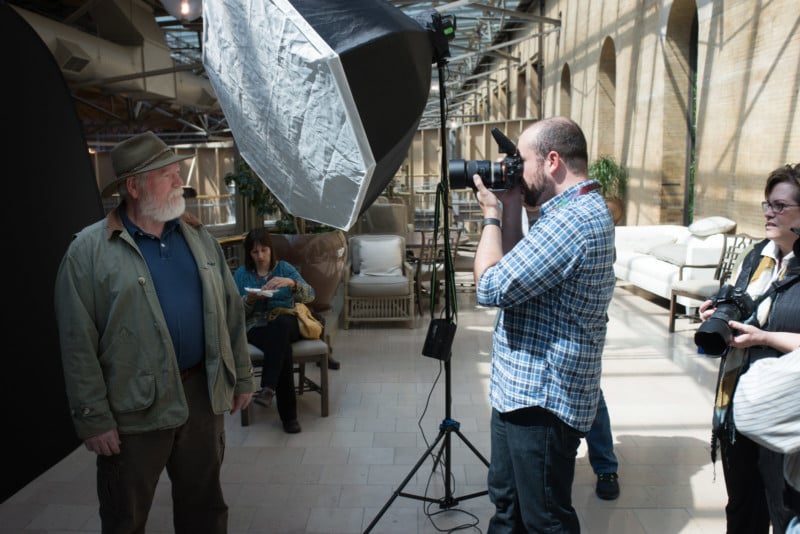 Here’s the first shot that Quiles got: In the second half of the video above, Quiles also goes into a studio to demonstrate how he uses this storytelling technique, comparing the results to simply directing the mechanical pose.

The Move to Mirrorless From DSLRs