How do you go about shooting one of the rarest sports cars in the world? Here’s a 17-minute tutorial in which automotive photographer Mike D’Ambrosio shares the 5 steps of his “night flare” style while shooting a $2.75 million Maserati MC12.

The Maserati MC12 is a limited production sports car that only saw 50 units produced in 2004 and 2005, each of which was pre-sold for about $670,000 at the time. An additional 12 racing cars were also made, meaning there are only 62 of these cars that exist in the world.

Here’s a rundown of D’Ambrosio’s 5 steps (watch the video above for a detailed walkthrough):

1. Clean and detail the car

2. Shoot a photo with lights on

3. Shoot a photo with lights off while light-painting the car

4. Turn lights back on and light-paint the bottom portion of the car

5. Combine the three photos together in post-production

D’Ambrosio shot the photo using an older Nikon D5200 (a DX-format camera from 2012) and 16-80mm lens to show that you don’t need the latest and greatest gear for this type of work.

Here’s the finished photo that resulted: 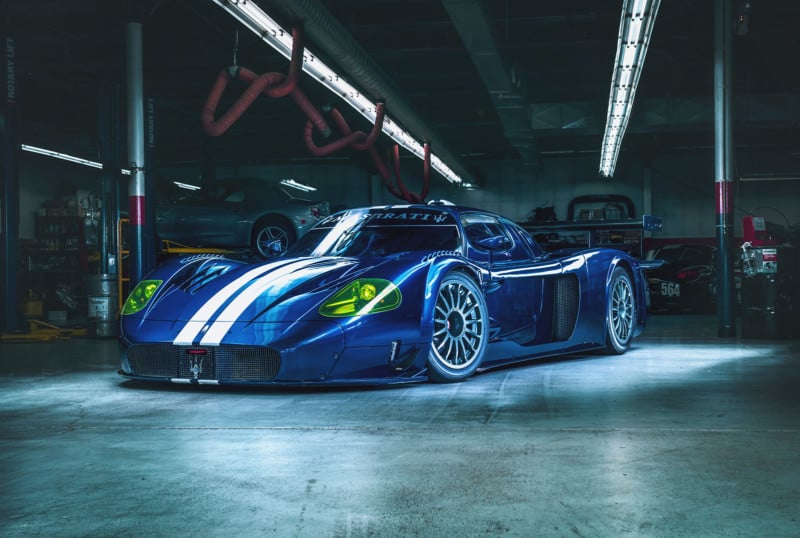 AMMO NYC has also released D’Ambrosio’s process as a free step-by-step guide in this downloadable PDF. You can find more of D’Ambrosio’s work on his website and Instagram.

Image credits: Photo by Mike D’Ambrosio and used with permission

This is What a 14-Year-Old Nikon DSLR Can Do

My Surreal Photography is a Reflection on Years of Depression