In the mid-1970s, 134 of the top photographers and curators in the world of photography posed for an unusual set of baseball cards that now sell for thousands of dollars as a complete set. The SF Museum of Modern Art just released this 4-minute video in which photographer Mike Mandel shares the story of how these cards came to be.

In 1974, Mandel spent $1,700 in savings traveling 14,000 miles across the United States to visit photographers. One of the renowned photographers who was enthusiastic about the concept was Imogen Cunningham.

Mandel was then able to get Ansel Adams onboard by sending him the portrait he had taken of Cunningham. After waiting three months to book a shoot with Adams, Mandel was humiliated to find that his portraits of Adams were all completely underexposed. Mandel waited three more months for a second shoot, which finally produced a good portrait for a card.

After shooting portraits of them and collecting “stats” and quotes, Mandel self-published 3,000 copies of each card.

Those cards were packaged in sets of 10 with sticks of bubble gum donated by Topps and sold for $1 in museums and art galleries. Take a look at eBay these days, and the original cards will cost you a pretty penny. Individual cards sell for tens of dollars and full sets are being offered for over $3,000. 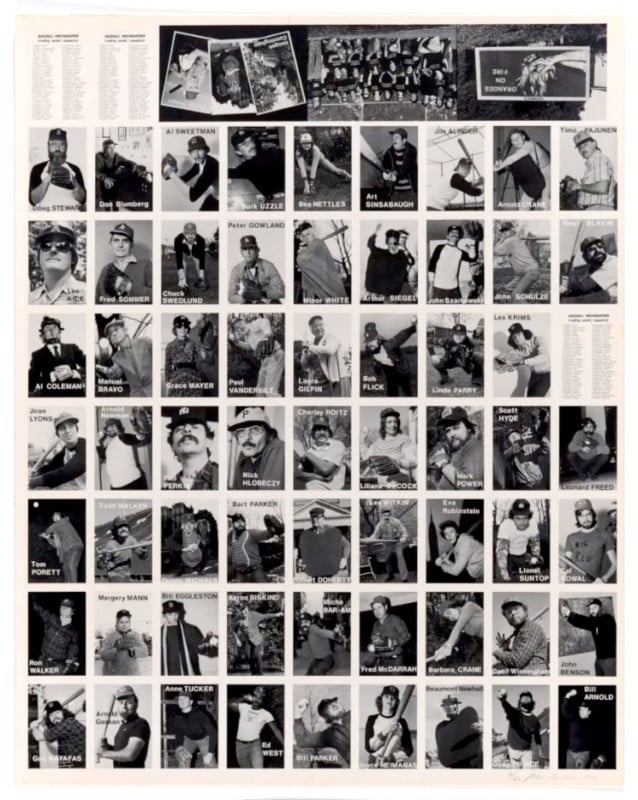 In 2015, Mandel re-released the card collection in new boxed collections called Good 70s with 10-card packs packaged with other items.

The cards are “part of the history of photography,” Mandel says. “It’s really quite humbling that any project that you do still has some significance to people […]”

5 Tips for Shooting Fashion Behind the Scenes