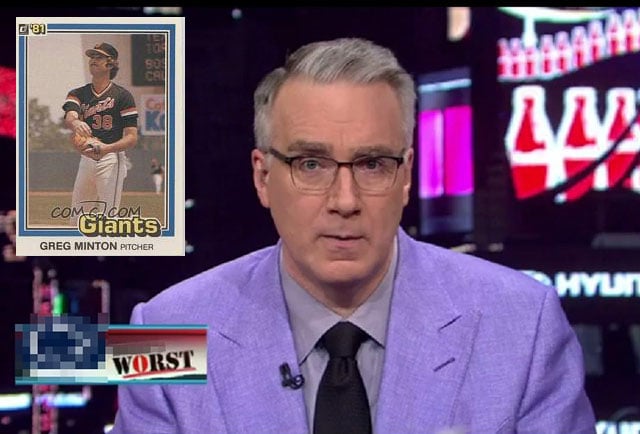 Did you know that sports and political TV commentator Keith Olbermann used to be a photographer? A number of his photos were purchased by Donruss (now known as Panini) back in 1981 for its first set of baseball cards.

Sports photographer Brad Mangin, whom we interviewed in December 2015, mentioned this fact very briefly last year while giving a special presentation on the history of MLB photography (it’s at 16m21s in):

“Keith Olbermann, the television broadcaster, is a baseball freak,” Mangin said. “He actually used to be a photographer and shot really bad pictures for the first Donruss set of baseball cards in 1981. They’re really bad.”

No, Mangin wasn’t being mean. Olbermann himself says that most of the photos were “awful.” In a Tweet back in 2013, Olbermann said that he sold about 15 photos to Donruss for that initial set (he was about 21 or 22 at the time):

Re: photography. Actually sold about 15 photos to Donruss for their initial baseball card set in 1981. Most were awful.

Here are 5 of the cards that were allegedly photographed by Olbermann: 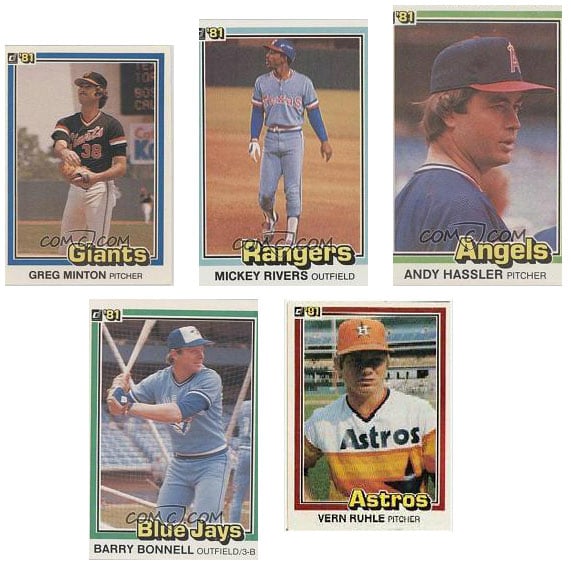 Olbermann reportedly shared the story of these photos in a letter written to Baseball Card magazine in 1991. He said that Donruss had asked him if he had a photo of pitcher Vern Ruhle. He did, but his flash had “failed” to properly illuminate the portrait, so the result was “shadowy.”

“Is it better than our Charboneau?” Donruss asked.

Olbermann did, and that’s why the 1981 card for Ruhle shows the pitchers eyes obscured by the shadow of his baseball cap. 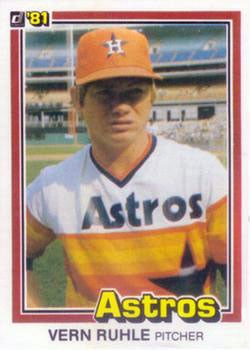