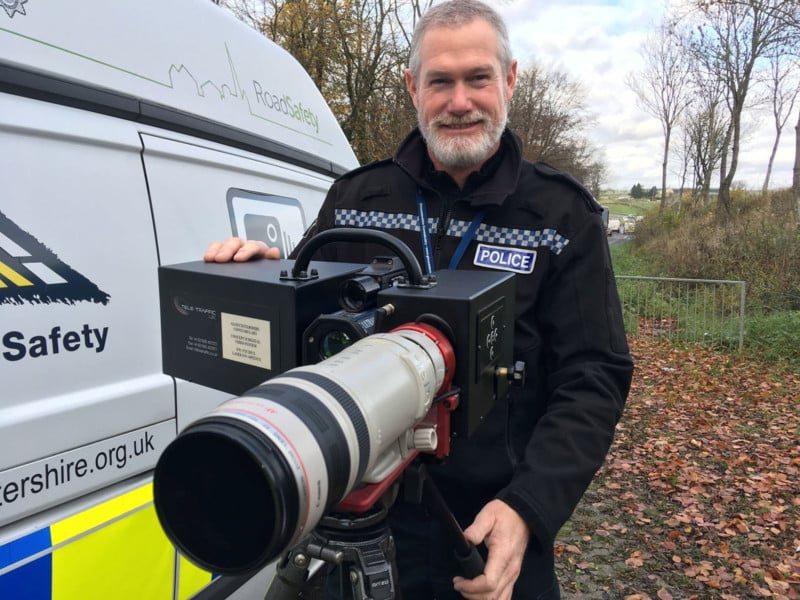 Gloucestershire police have unveiled Britain’s biggest speed camera. Called the A417, the portable camera can catch drivers violating laws from roughly 1,000 meters or about 3/5 of a mile. And on the front of the camera is a Canon 100-400mm f/4.5-5.6L IS telephoto zoom lens.

The camera is dubbed “The Long Ranger,” and it can capture clear video and still photos of people inside their cars from great distances. It’s being deployed on the major route between Gloucestershire and Wiltshire to help police catch driving offenses such as speeding, tailgating, and using a phone while behind the wheel.

“Many people have come to me with their concerns about speeding and other safety issues along this road,” says Gloucestershire Police Chief Martin Surl. “We now have a chance to test a new model of collaborative road policing […]

“The aim is not just to penalise motorists but to uphold the law by creating a change in people’s behaviour. But the police will enforce the law when necessary.”

While traditional speed guns and cameras can usually be seen by drivers from a distance, allowing them time to change their behavior, the Canon 100-400mm paired with a 1.4x teleconverter provides a 35mm focal length of 560mm. It’s unclear what sensor size the A417 uses, but the resulting focal length allows the A417 to clearly capture drivers from 1km away, making it too far away to be seen while approaching it.

The Canon EF 100-400mm f/4.5-5.6L IS is a discontinued lens that was first announced in September 1998. While it was praised for its optical quality, zooming with the lens involves pushing and pulling the front and rear barrels apart with a telescoping action rather than with a zoom ring. This meant that air is sucked in when zooming from the wide to telephoto ends, and dust would often be sucked in at the same time.

For this reason, the lens is nicknamed the “Dust Pump.”

Here are a couple of sample shots from the camera: 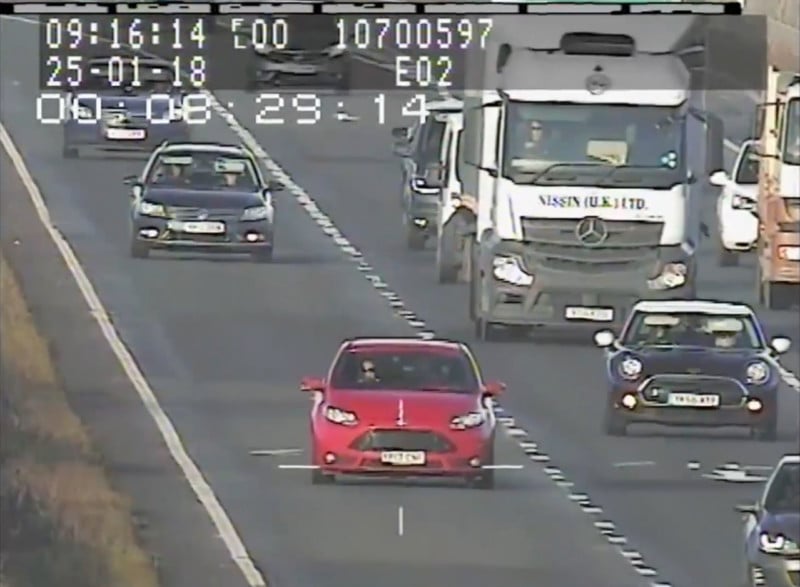 If the ongoing tests of the camera are successful, it may be deployed to any road in Britain.

This Negative Mural Can Be Developed by Inverting Your Photo