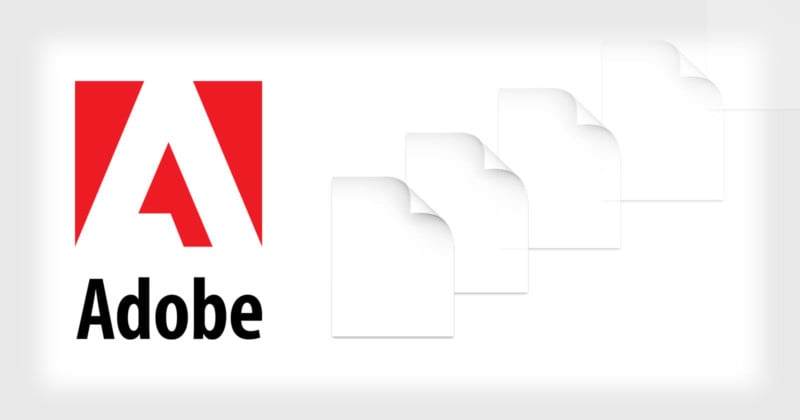 Adobe is being sued by a commercial photographer and videographer who claims that he lost $250,000 worth of work when a bug in Premiere Pro permanently deleted a huge number of his photo and video files.

In a new class action lawsuit filed in California, Dave Cooper claims that he was using Premiere Pro CC 2017 version 11.1.0 when the software deleted files it shouldn’t have even had access to.

Premiere Pro has a function called Clean Cache that users can use to clear up temporary files that are generated in the course of working on a video project. Once a project is completed, Clean Cache can empty the Media Cache directory and its subdirectories of these temporary files to free up disk space again.

In 2017, users began reporting that Clean Cache was going beyond its intended functionality and deleting files found outside of the Media Cache directory. Adobe acknowledged the bug and rushed out a fix in May 2017, writing:

The update changes the behavior of the media cache deletion. With 11.1.1, only files that are within the Media Cache folder’s subdirectories will be deleted. Files that sit next to it will no longer be affected. However, we still strongly recommend keeping the Media Cache folder separate from your original media.

Cooper says that after moving his Media Cache folder to an external drive, he executed the Clean Cache command and found that the program had deleted all files older than 90 days in his Videos directory on the drive, including JPEG files, PSD files, PDF files, and 100,000 individual video clips representing about 500 hours of footage captured between 2010 and 2017 in countries around the world.

“Mr. Cooper is an experienced and sought-after commercial photographer, videographer, and video editor,” Cooper’s lawsuit says. “Plaintiff has traveled to more than twelve countries on assignment for major editorial, advertising, and governmental organizations.

Cooper also says he gets requests to license clips a few times per year and that he typically charges around $300 to license each clip.

The photographer and his lawyers attempted to settle with Adobe for an undisclosed amount, but Adobe rejected their demands and Cooper responded by filing his lawsuit. He’s now demanding a jury trial in order to be awarded “monetary damages, including but not limited to any compensatory, incidental, or consequential damages in an amount that the Court or jury will determine, in accordance with applicable law.”

Here’s a copy of the lawsuit that was filed:

If you never want this type of data loss nightmare to happen to you and your photos, a popular backup strategy is the 3-2-1 Rule: you should have at least 3 copies of each file on 2 separate devices, with 1 copy kept off-site.

(via Motherboard via Gizmodo)

Tripod as Zen Master: The One Piece of Kit That Has Shaped Me