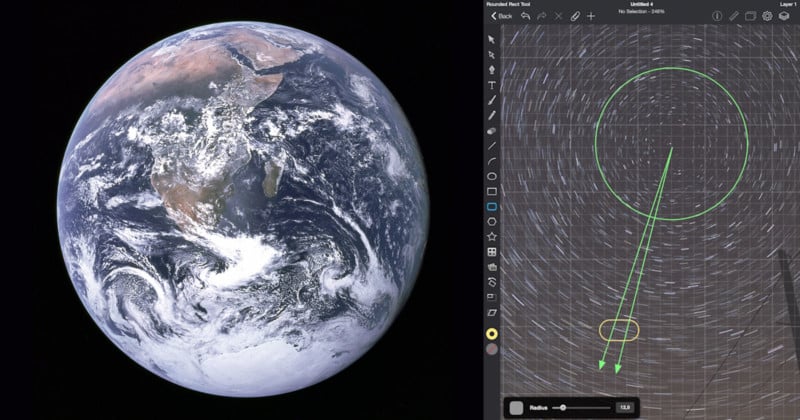 Earth is spinning… and fast! It was during my first nights in astrophotography that it became very concrete for me. By taking pictures of the stars, one quickly obtains a change of star physiognomy that confirms the rotation of the earth. In this article, I describe how to use this phenomenon to measure the rotational speed of the earth with a simple camera.

To capture the maximum of light from the sky, the astrophotographer seeks to increase the exposure time to the maximum. By doing this, you quickly find that the appearance of the stars turns into a dash, depending on the focal length it takes few seconds of exposure to have this easily observable.

The principle is simple, the stars are very distant celestial objects, they are located at distances expressed in light-years. A light year is the distance traveled by light in one year, and when we remember that the light travels about 186,282mi/300,000km per second, we are quickly dizzy on the distances that this represents. As a result of all this, the stars are so far away that we can consider them fixed in the sky.

As we have observed, taking a picture of the sky in very slow pause or taking a succession of several photos of the sky, we clearly see the relative position of the stars change. We have just seen it, we consider the stars fixed in the sky, so their apparent movement characterizes very well the speed of rotation of the earth. 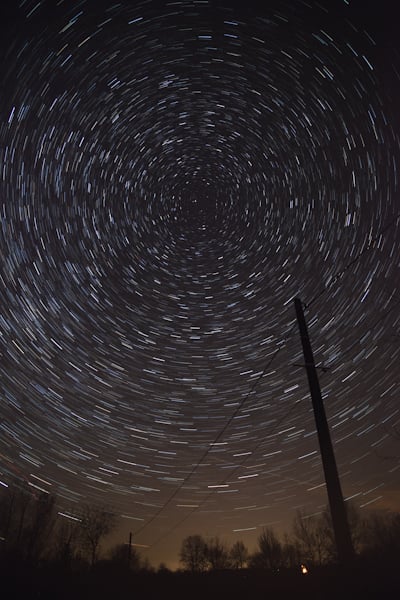 Without going into too much detail, the earth rotates along a North-South axis. In the northern hemisphere, this axis passes approximately through the polar star. Thus, the polar star is fixed and the stars around it trace a circular apparent path around it. That’s what we will measure.

By knowing the duration of observation (the duration of exposure of a photo or accumulation of several photos in sequence) and by measuring the angular distance traced by a star, I can easily calculate the speed of rotation of the earth.

To facilitate the measurement of the angle, I limit myself to a sequence of a few tens of minutes. As in the previous image, the dashes drawn by the stars are then very apparent.

Everyone will have his method and his favorite software, personally, I used an iOS application which has a tool to display the angle of a line. To better locate the polar star, I draw a circle centered on the latter. 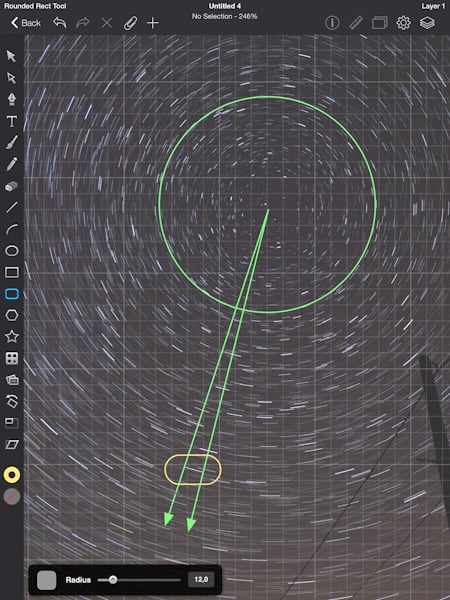 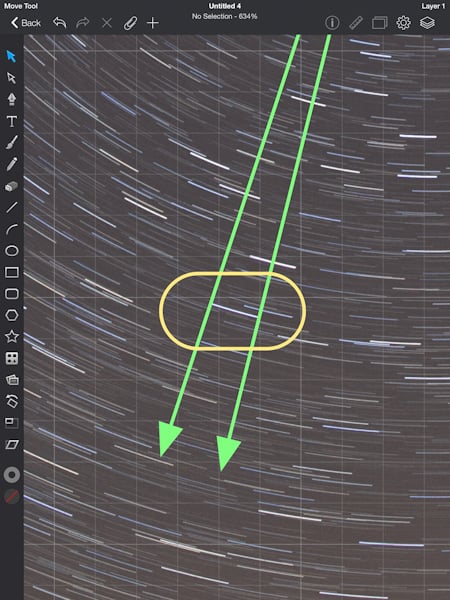 Here, I showed you how to measure the rotation speed of the earth with an error less than 1% using a simple camera. This result is very interesting, especially since it can be improved by taking more care in measuring the angle.

For my part, I am all the more satisfied with the result that the method applies with standard photographic equipment (there’s no need for advanced scientific equipment) and that it allows us to apprehend this scientific truth: the Earth turns, truth otherwise difficult to perceive concretely with our senses.

About the author: Panhobby is the photographer behind PhotoPlanet360, a website dedicated to panoramic and 360-degree photos. The opinions expressed in this article are solely those of the author. You can find more of his work on his website, Facebook, Twitter, and Instagram. This article was also published here.