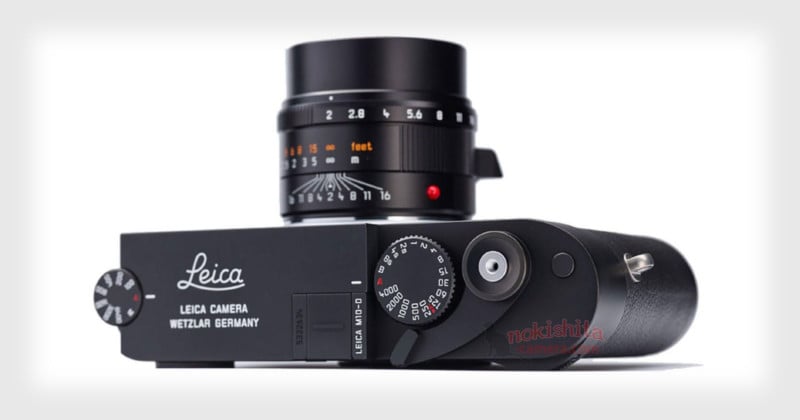 Photos of a not-yet-announced Leica M10-D digital rangefinder have leaked, and the sneak peek shows the M10-D will have an unusual feature among digital M rangefinders.

The photos were first published by the Japanese camera rumor site Nokishita. On the top plate of the M10-D, attached to the shutter button, is what looks like a film advance lever that was used in film Leicas to move the film between the two spools in the camera one frame at a time. When the M series went from analog to digital between the M7 and M8, the advance lever (understandably) disappeared. Here’s what the Leica M10’s top looks like:

Is currently unclear what the lever will be used for, though there’s speculation that Leica is adding in a lever to manually cock the shutter in order to provide a more genuine film camera experience.

That theory is supported by what’s seen in the leaked photos of the back of the camera: 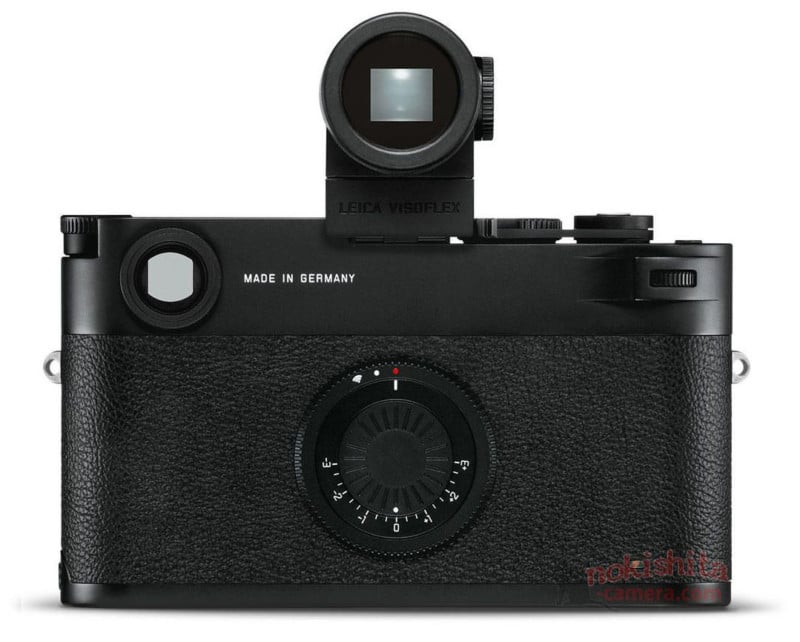 For comparison, here’s what the back of the M10 looks like: 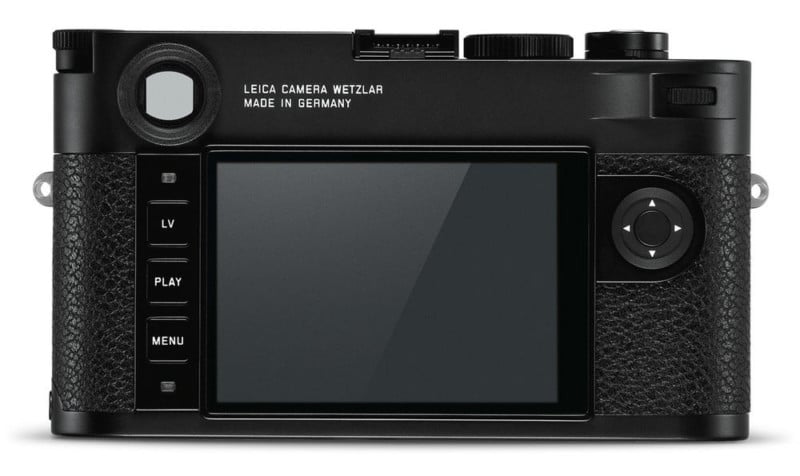 As you can see, the camera completely does away with the LCD screen that’s used for Live View, reviewing photos, and adjusting settings. The camera can therefore also do away with the Live View, Play, and Menu buttons that were found to the left of the screen.

Instead, the screen has been replaced by an exposure compensation dial, and the On/Off dial on the M10 has also been moved to the back of the camera and now appears as a click ring.

A Wi-Fi icon is also present on the ring, which presumably helps replace many of the functions that the LCD screen served in the M10. Instead of reviewing (or framing) your photos on the camera itself, you’ll likely be able to do those things using a Leica app (perhaps the new universal FOTOS app).

Leica Rumors reports that this Leica M10-D will be officially unveiled on October 23rd, so all the mysteries of this camera will be made known then. Stay tuned.