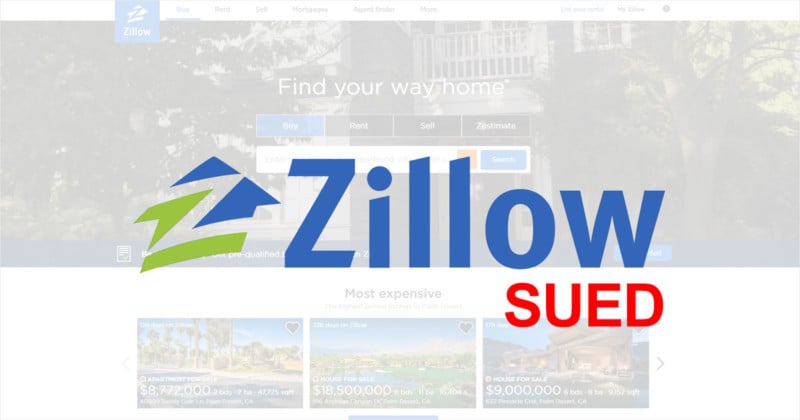 A real estate photographer has filed a lawsuit against Zillow, accusing the popular online real estate database of using his photos without permission.

The American Genius reports that California/Nevada-based photographer George Gutenberg claims that Zillow scraped photos from Multiple Listing Services (MLSs) and went beyond using the data syndicated to Zillow. This allegedly led to Zillow obtaining Gutenberg’s copyrighted photos and using them without permission on their for-profit website.

Gutenberg’s standard copyright terms for potential customers states that only he can grant 3rd parties the right to use his images. 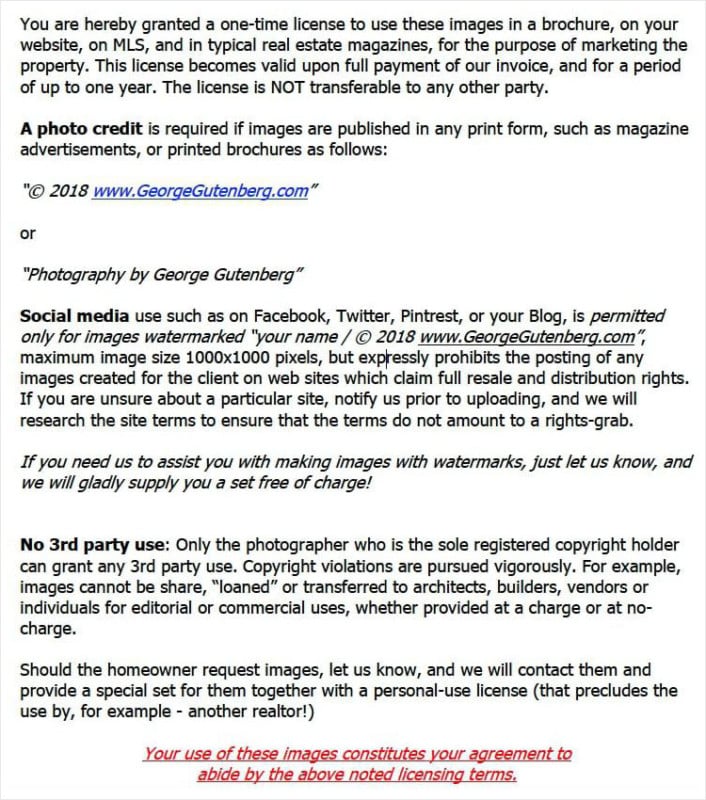 Gutenberg’s complaint states that 543 photos were misused and that all of the photographer’s photos are registered with the US Copyright Office. The photographer is asking the court to award either actual damages and Zillow’s profits from the photos or statutory damages of up to $150,000 for each infringement, whichever is larger.

“Mr. Gutenberg intends to seek the maximum relief available,” says Ryan Carreon of Higbee & Associates, which is representing Gutenberg in his case. “Photographers such as Mr. Gutenberg invest significant time and resources to create valuable intellectual property and deserve to be fairly compensated by those who use their work.”

Here’s a copy of the lawsuit:

Here’s a statement provided to PetaPixel by attorney Mathew Higbee of Higbee & Associates:

The agents that engage Mr. Gutenberg understand that they are permitted to use his photographs for the limited purpose of promoting their real estate listing, which includes placing the photographs on the MLS. Content placed on the MLS is only available for the life of the listing and is immediately removed when the listing is sold or otherwise taken off the market. Mr. Gutenberg is not aware of any of his real estate clients directly syndicating his photographs to Zillow, nor is Mr. Gutenberg aware of any of his real estate clients exceeding the scope of rights granted in their individual licensing agreements with him.

Rather, it appears that Zillow, owner of the largest real estate website in the world, indiscriminately copies millions of photographs per day off of the MLS in an effort to build what they refer to as their ‘Living Database of All Homes,’ which Zillow has leveraged into multi-billion dollar company. Zillow’s unlawful copying comes at the expense of creators and rights holders such as Mr. Gutenberg who depend on payment of reasonable licensing fees by those who exploit their works. 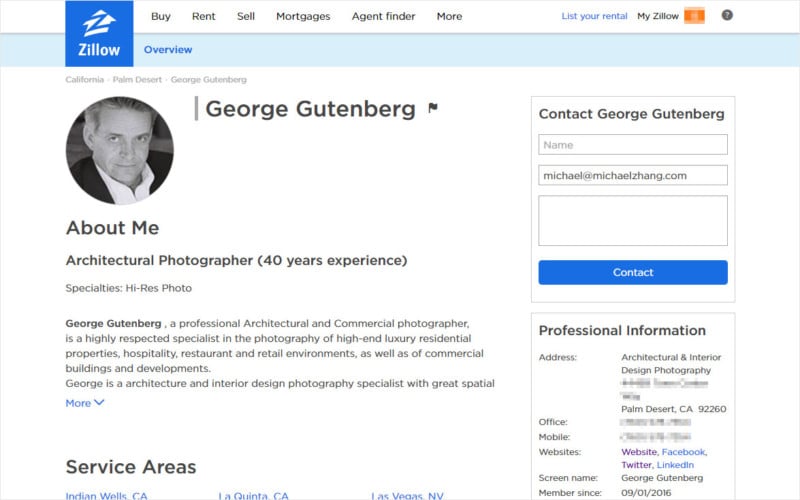 There is precedent for courts siding with photographers and against Zillow: the Illinois real estate photo company VHT sued Zillow back in 2015, and in 2017 the courts ruled in VHT’s favor, awarding the company $8.24 million in statutory damages and $79,875 in actual damages. Zillow appealed the ruling, and a judge later upheld the verdict for 3,923 of the 28,125 photos in question (overturning the rest) and slashed the award in half to $4.05 million.