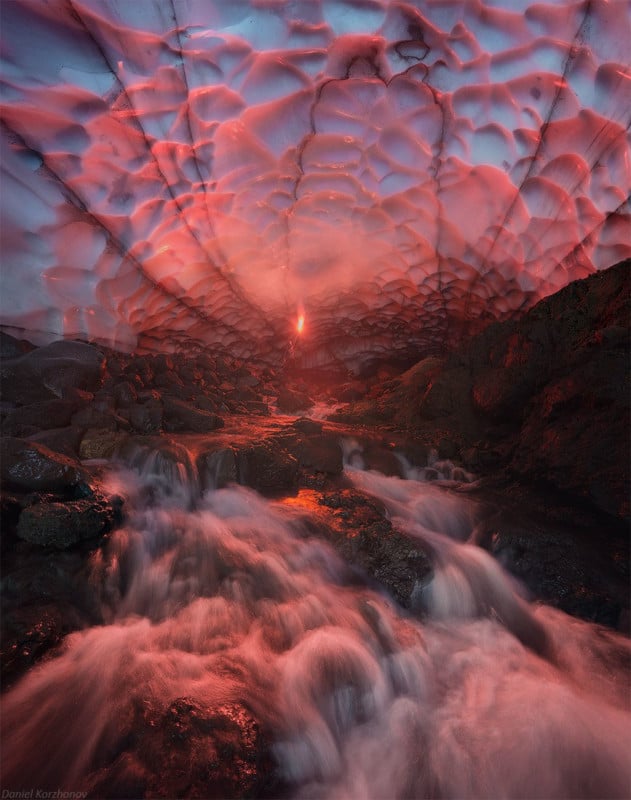 Here’s a beautiful and mind-bending photo captured by photographer Daniel Kordan. While at first glance it might look like some kind of Photoshopped composite showing a river under a sunset with unusual clouds, it’s actually a photo of an ice cave being illuminated by a flare.


Kordan captured the image while exploring a frigid area in the Russian Far East.

“That’s an ice cave at Kamchatka we explored under the glacier near the Mutnovsky volcano,” Kordan tells PetaPixel.

The jagged texture of the ceiling in the ice cave reflects light from the flare differently, resulting in the beautiful mix of warm and cool colors.