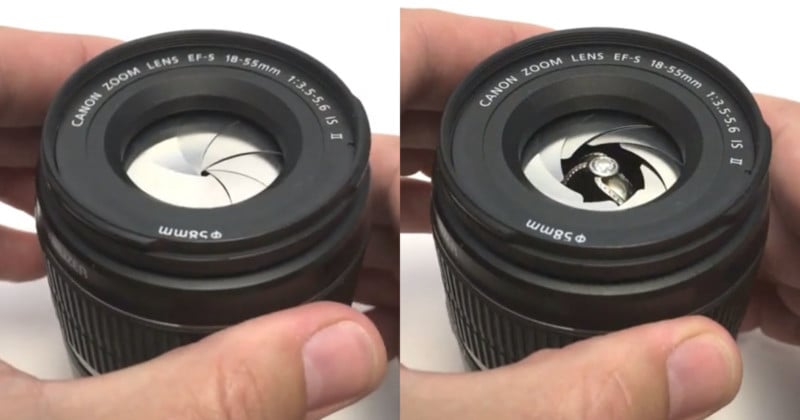 Matt Zabloski of Kelo Designs has created a new mechanical camera lens ring box for people who want to propose to a photographer in style. Turning the aperture ring opens the blades and the hidden engagement ring within rises up out of the growing aperture.


Here’s what the ring box looks like in action:

“I actually started designing my first ring box after I was already engaged,” Zabloski tells PetaPixel. “I’d worked with a local jeweler who created an amazing custom engagement ring, but when I went to pick it up, it came in a cheap faux leather black box. I wanted to create something that was more reflective of the work and craftsmanship of what it was designed to hold.”

Along the way, people commented about how his aperture boxes reminded them of camera lenses, so Zabloski decided to look into using an actual camera lens for a new box.

Zabloski contacted a local camera store and got his hands on a couple of old broken Canon 18-55mm kit lenses that were lying around in the back. He then spent the past couple of years ago developing and improving the design.

“What I thought would be a fairly straightforward process of incorporating my original design into a camera lens quickly became a lot more complicated,” Zabloski says. “It became apparent that the size and dimensions of a camera lens wouldn’t accommodate the first mechanism I’d created. So I ended up designing an entirely new mechanical iris and other mechanical parts needed to fit the design into the Canon kit lens.”

Zabloski stripped out most of the inner workings of the camera lens itself but kept the parts that assist in the aperture system. He created 3 different CNC’d aluminum parts, sandblasting and anodizing them black to match the look of the lens. The blades are stainless steel with laser-welded pegs. 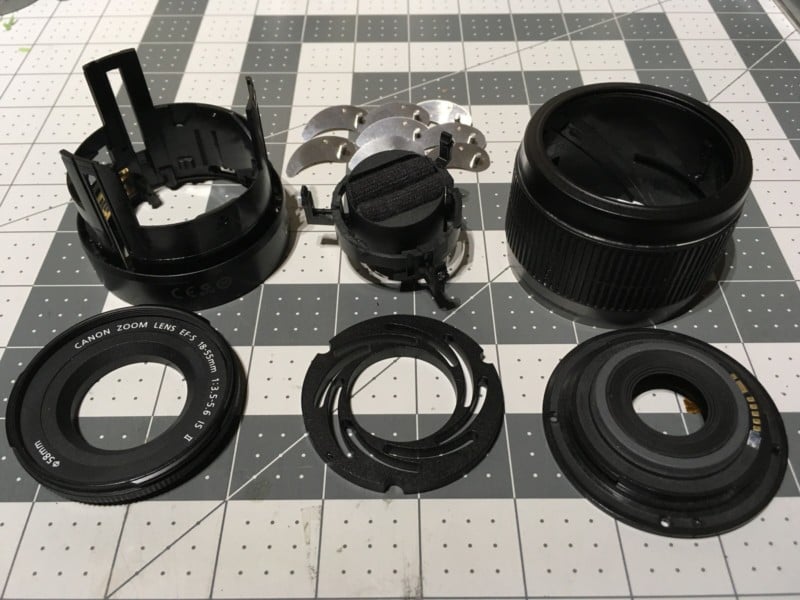 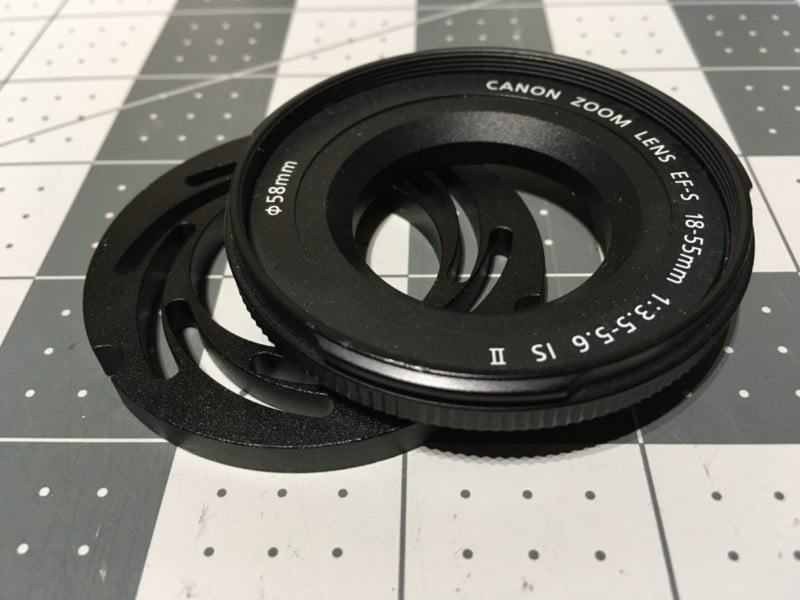 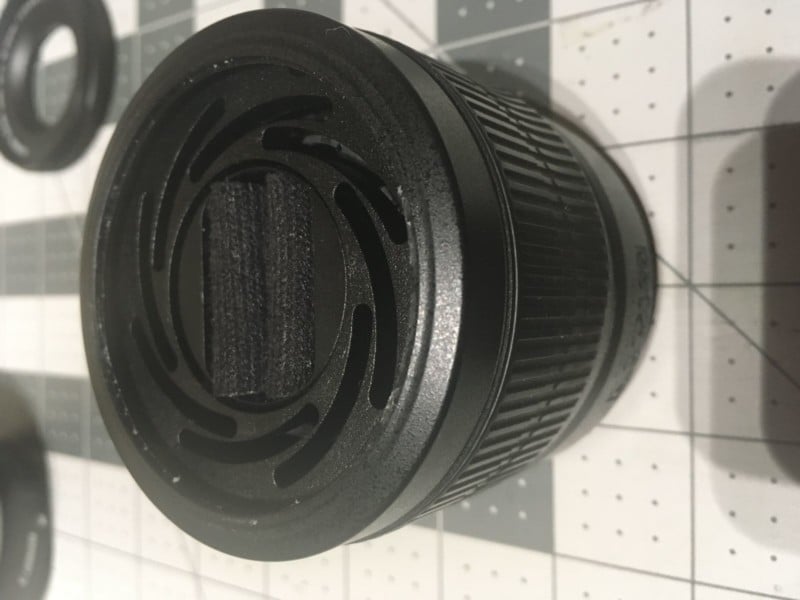 “Designing these took a lot of patience but the practicality of making blades out of such thin metal ended up being the real challenge,” Zabloski says. “Overall I’m really pleased with how the prototype has turned out and I hope that I can help make some proposals for people interested in photography and design a little bit more memorable.” 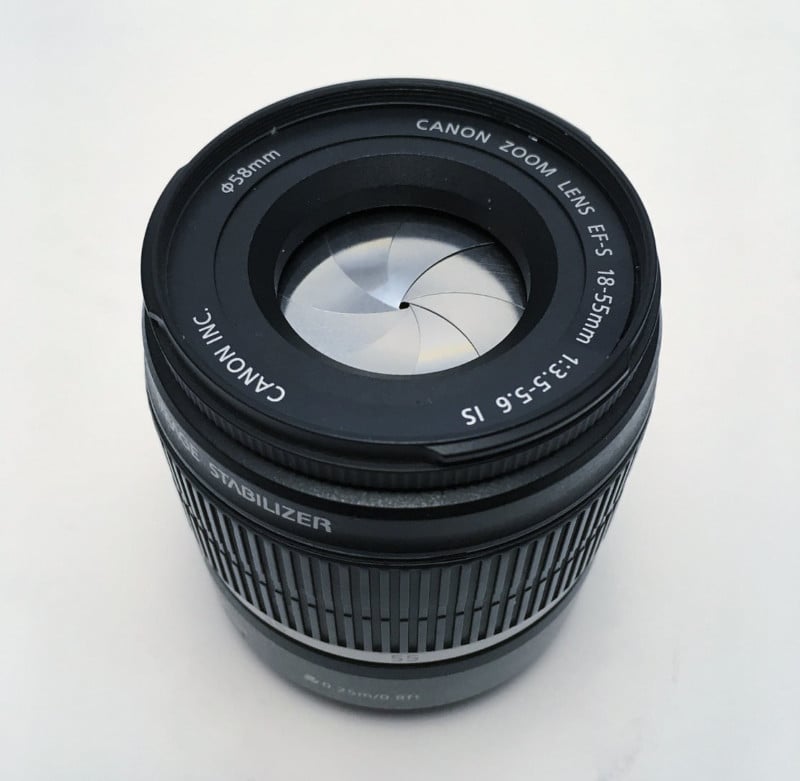 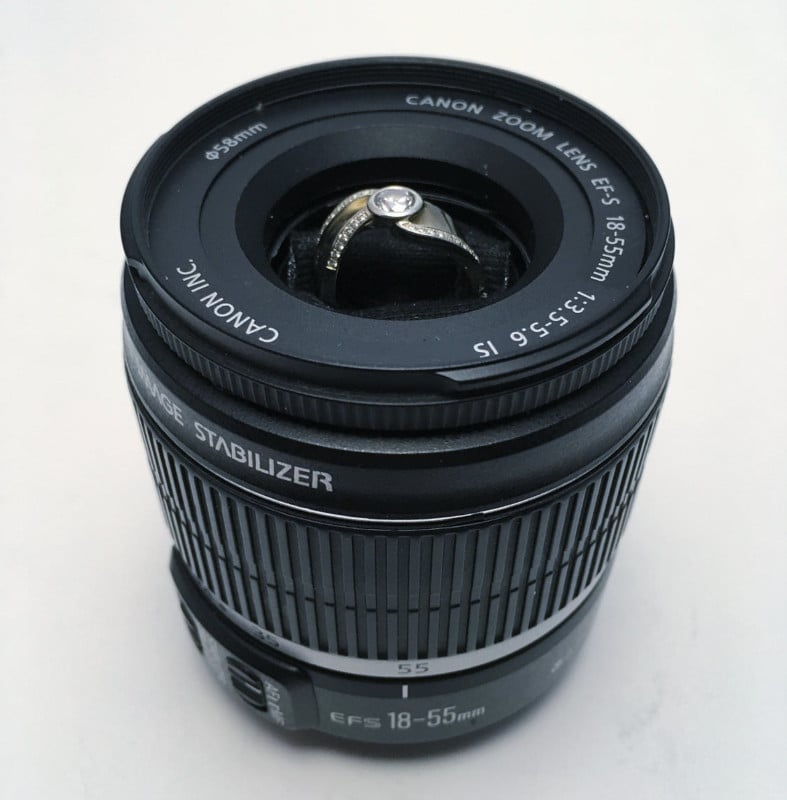 And yes, the lens mount is still there, meaning you can keep the lens ring box mounted to your Canon camera when you pop the question. 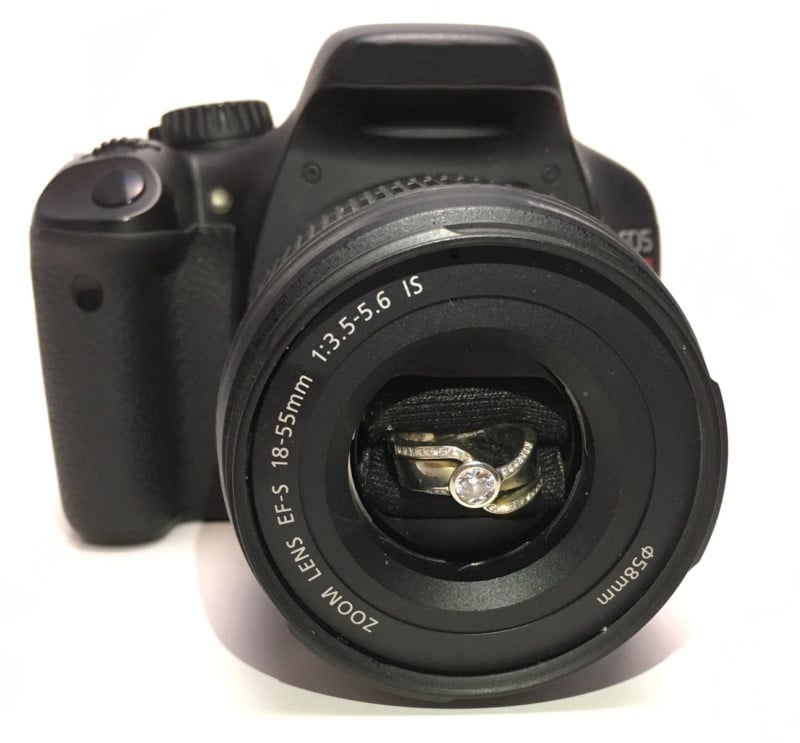 Zabloski’s new Focus camera lens ring box will be available for C$189 (~$144) starting in September 2018 through the Kelo Designs website.