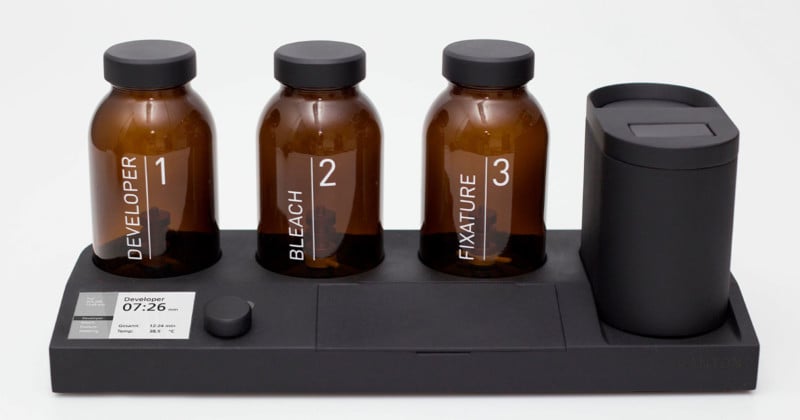 One of the barriers to entry for people interested in trying film photography is the challenge of getting film processed. Finding a convenient lab can be tricky and pricey, and developing at home can be messy and laborious. Designer Thomas Müller thinks he has come up with a solution: an automatic film processing machine called the Kanton DX35.

The Kanton DX35 takes everything photographers use in the darkroom for film processing and shrinks it down into a tabletop machine that’s about the size of a laptop. 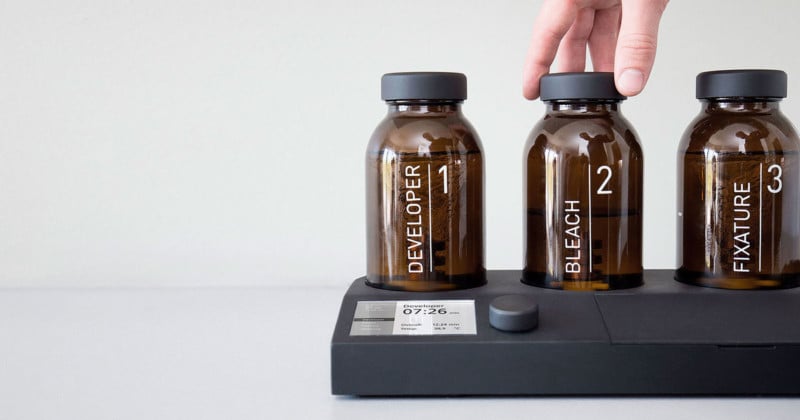 It’s a machine designed to support every step of the film development process without the photographer ever needing to be in the dark. 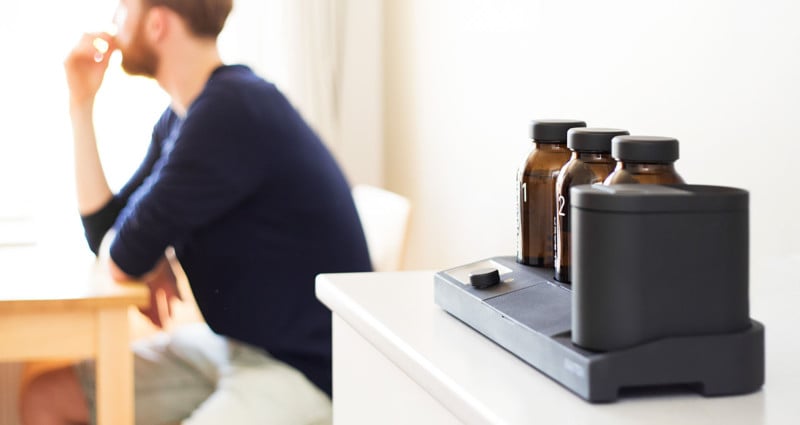 After shooting 35mm or 120 film, a photographer simply loads the film into the special film container used by the machine, which handles unwinding the roll in complete darkness. 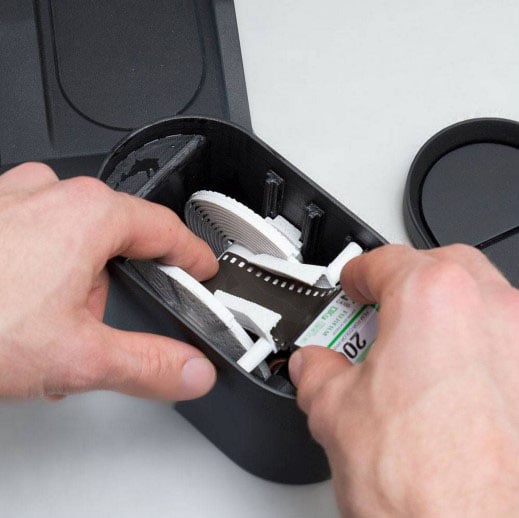 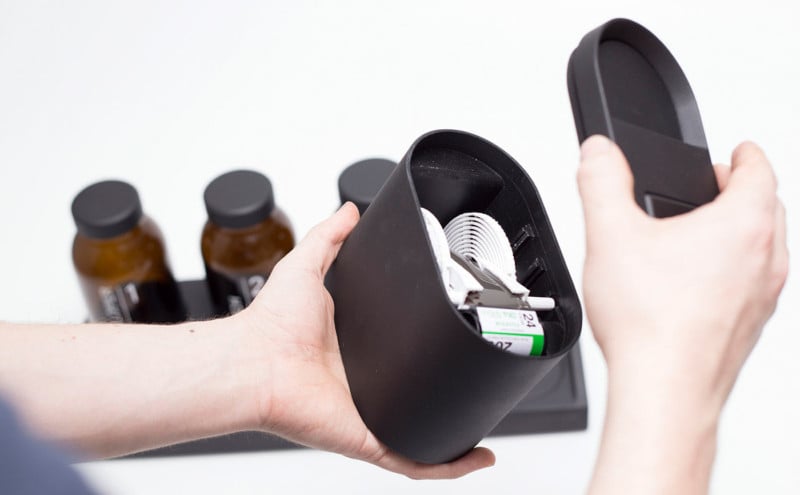 Settings and controls are configured/operated through a dial and screen in the bottom left corner of the machine. 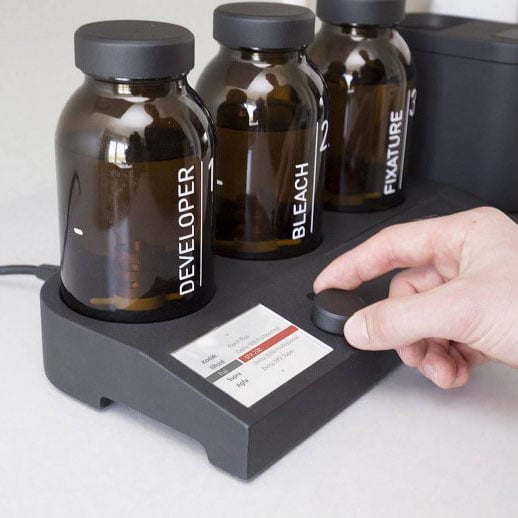 After specifying the type of film you’re developing, the photographer starts the system and is guided through the process.

The photographer pours each chemical into the film container, and a countdown on the screen shows how much time is remaining the bath is done. The Kanton DX35 precisely controls the temperature of each bath and handles film agitation for consistent results. Once each step is done, each chemical is poured back into its bottle before the user moves onto the next one. 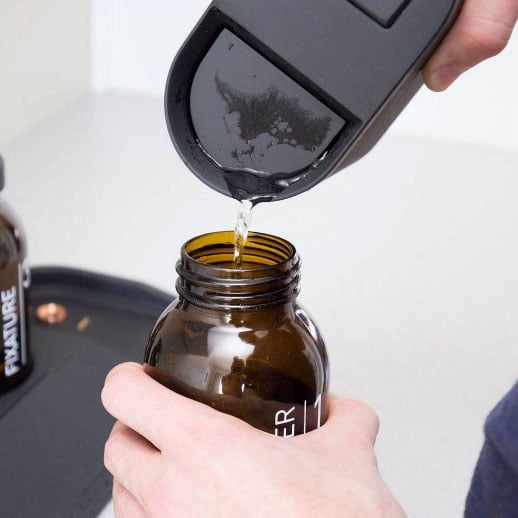 After all the baths are completed, the photographer can remove the developed film from the tank and digitize the photos. Here’s a step-by-step look at the Kanton DX35 process: 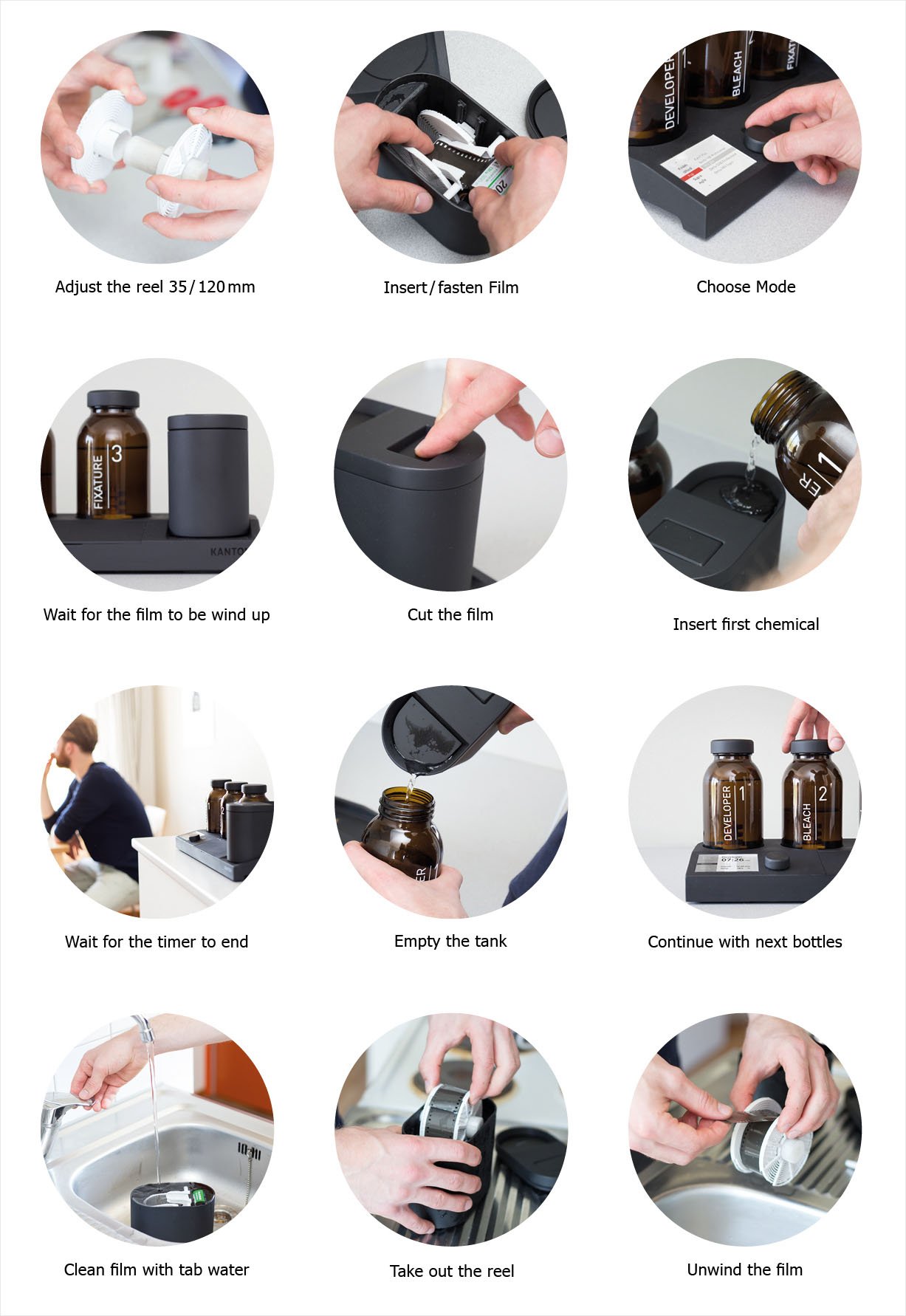 Here’s Müller description of his machine and his motivation for creating it:

Analog photography is getting more popular again nowadays at the same time as professional film services keeps disappearing. The only alternative is developing the negatives at home which can be time consuming and unreliable in the outcome, especially when it comes to color negatives. There is still an undeniable feeling to analog images which makes them worth preserving in a digital era. Having faced the struggle of using DIY solutions on my own I developed a device which precisely heats both film and chemicals while making a bulky dark room unnecessary. It consists of a base station with heating elements, the user interface, three clearly labeled bottles and a developer tank. The film can be put inside the tank during bright daylight and is winded onto a reel inside automatically thus simplifies the developing process tremendously. The project is still ongoing while I am in contact with possible investors.

Müller’s design was a winner at the 2017 Core77 Design Awards.

The Kanton DX35 is only a concept design for now, but you can sign up for updates through Müller’s website to be notified if he takes any further steps toward bringing the machine to market.

There are also other machines out there that may not be as elegant as the Kanton DX35, but they’re real and functional. One of them, The Filmomat, makes things even easier for photographers: it pumps each chemical bath in and out of the film processing take, resulting in a truly “set it and forget it” type of system. The Osiris F1 is another auto film processor that was set to launch in 2016 but has gone strangely quiet since.

(via Thomas Müller via Yanko Design)

This Underwater Short Film Was Shot on a Bare iPhone