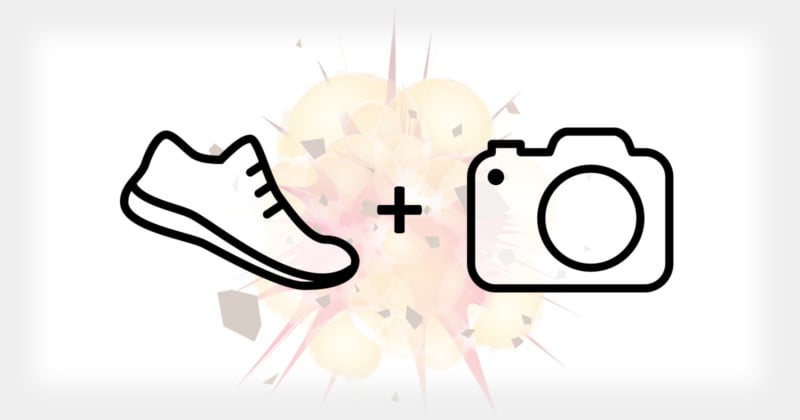 A man in Wisconsin turned himself into police after a stealthy shoe camera he was planning to shoot “upskirt” images with exploded on his foot during testing at home.

According to the Madison police department, the 32-year-old man had purchased a shoe camera to secretly shoot while pointing up women’s skirts — a felony offense in the state since 2015 that is punishable by up to 3.5 years in prison and a $10,000 fine.

While trying out the camera first at home, the battery exploded and the man’s foot went up in flames.

“When the explosion happened, he got treatment for minor burns, then disclosed what happened to his mentor, a clergyman,” Officer David Dexheimer tells the Wisconsin State Journal.

The man heeded his clergyman’s advice, went to the police station, and turned himself in while reporting a “sex offense.” Here’s how Police Chief Michael Koval documented the strange incident on the department’s daily blog:

5:24pm. Officers at the West Police District station were contacted by a subject (32-year-old HM) who wanted to turn himself in to police. The subject reported he had purchased a shoe camera that he intended to use to take “upskirt” videos of females, but the camera battery had exploded prior to obtaining any video, injuring the subject’s foot. The subject was counseled on his actions and released from the scene as no illicit video had been taken. Investigation continuing.

But since the man hadn’t actually captured any illegal photos or videos with the camera, he wasn’t charged with any crime and was released. Police say that investigation into the case is ongoing.

Visual Self Harm: Images I Don’t Want to See