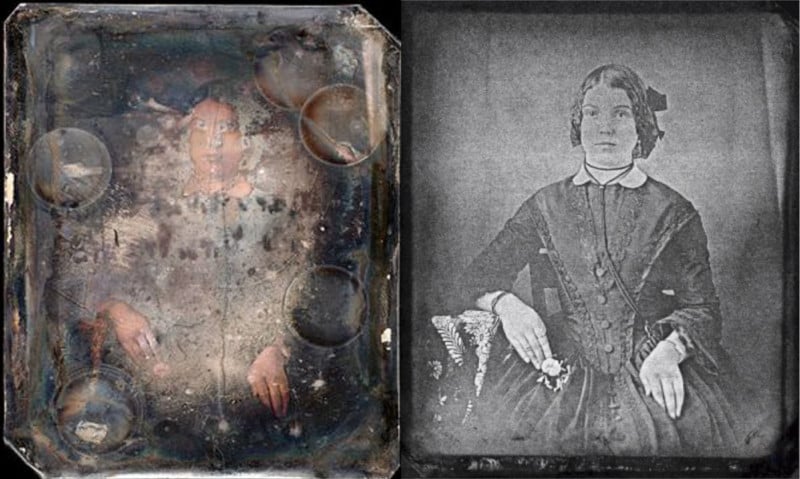 There’s a new photo recovery technique that may help humanity recover some of the world’s oldest photographs that were previously considered to be damaged beyond repair.

Over time, the original photos on these plates faded away (sometimes completely) due to years of tarnish and grime building up on the surface. But even though the surfaces of the plates have been obscured, the mercury particles still remain.

By using its special X-ray imaging in a scanning process that takes 8 hours per plate, the scientists were able to identify where mercury is distributed on each plate, recovering the original photos even when no trace of them can be seen.

The team tested their technique on two plates obtained from the National Gallery of Canada — portraits of a woman and a man — and produced remarkably clear digital versions of the original photos.

“The image is totally unexpected because you don’t see it on the plate at all,” Kozachuk tells CLS. “It’s hidden behind time. But then we see it and we can see such fine details: the eyes, the folds of the clothing, the detailed embroidered patterns of the table cloth.”

“When we were able to get such resolution of those images beneath the tarnish, it was shocking. We were all thrilled with the outcome,” Kozachuk tells the London Free Press.

Trying to physically clean a tarnished plate can result in permanent damage and unsatisfactory results, so it’s hoped that this new non-destructive technique may go on to be used by photo restorers to uncover images lost to history.

Photos of Divers with Massive Schools of Fish