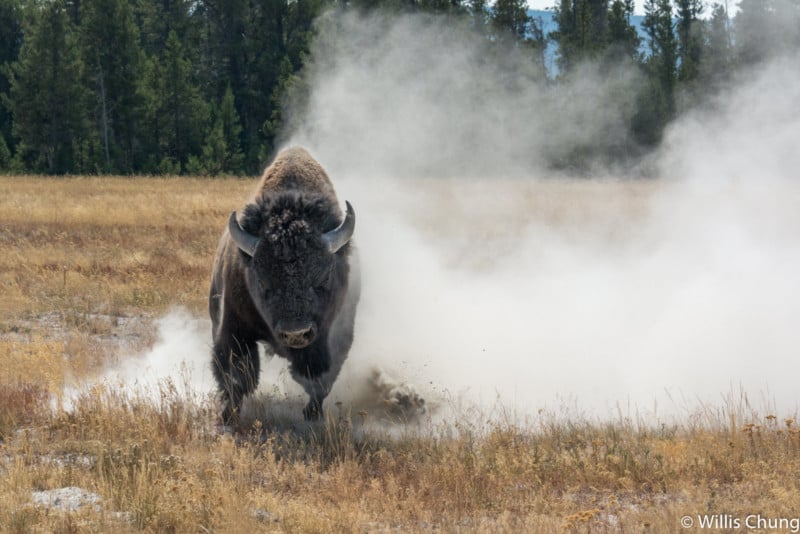 Photographer Willis Chung was shooting in Yellowstone when he came across a solitary bison bull in the plains. As he walked parallel to the animal, photographing it from a safe distance (a minimum of 25 yards), the bison began charging at him.

Chung, a 56-year-old doctor based in Denver, Colorado, says the bison was returning to the hills from the meadows after the mating season was wrapping up on August 24, 2016, when the encounter occurred. It started with Chung photographing the bison for over 90 minutes as it walked through the grass and wallowed (rolling around vigorously to scratch themselves) in the dirt. 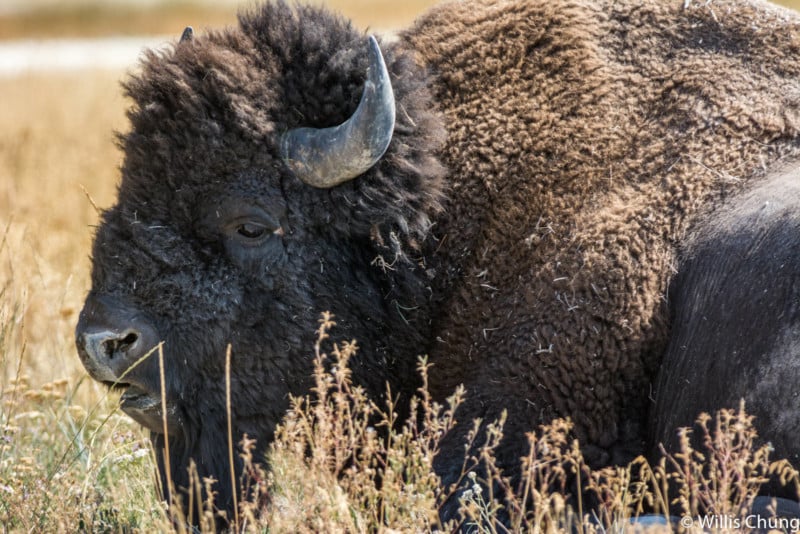 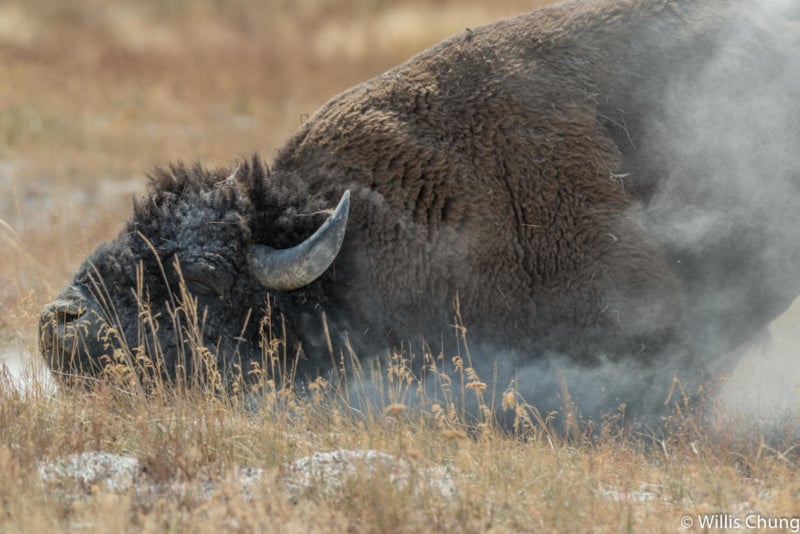 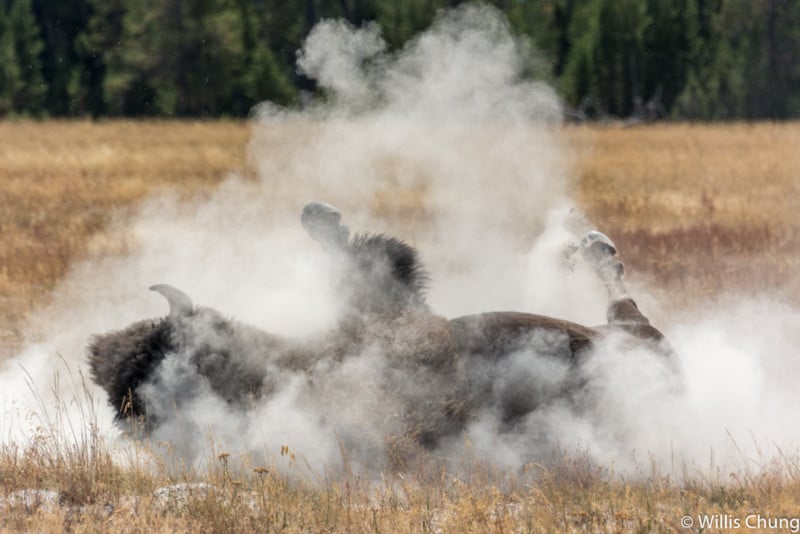 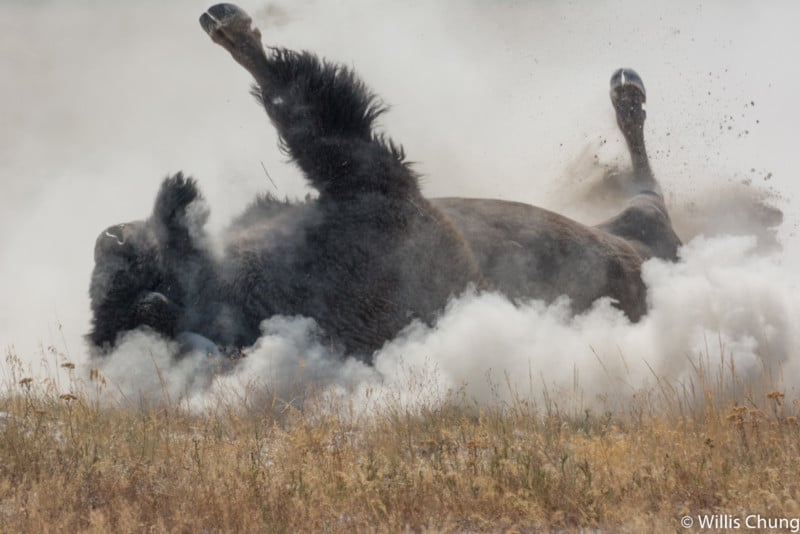 “I am not inconspicuous as I move and work, with a Nikon 300mm f/2.8 VR attached to a Nikon D800e body on a Gitzo 3 series tripod with a Wimberly gimbal head,” Chung tells PetaPixel. “I was set up with my tripod and 300mm with the D800e getting head and shoulder photos as the bull wallowed. I went to my handheld D7100 with 28-300mm f/3.5-5.6 to get full body photos as the bull lay down for a second wallow.”

But after a few more rolls, the bison suddenly rocked to its feet, snorted, and began charging at Chung. 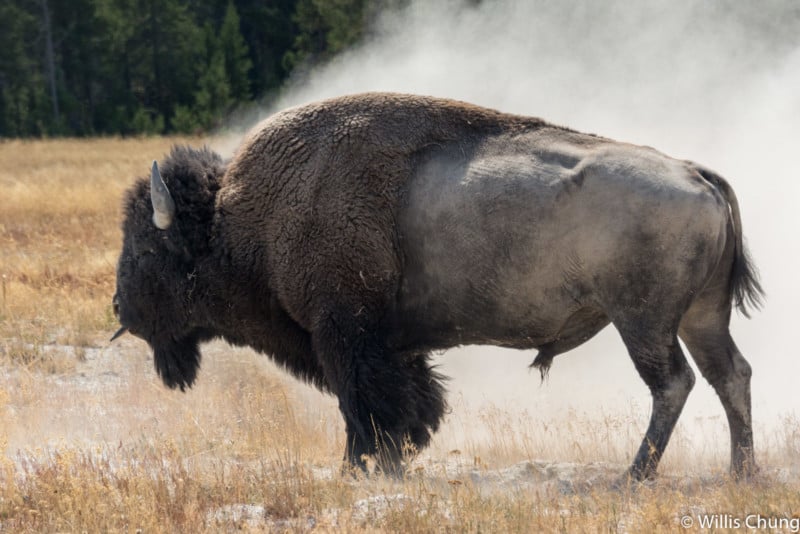 “Although they may appear relatively docile, bison’s can become very aggressive when disturbed and have the ability to run at over 30mph,” The Daily Mail reports.

“I had anticipated this situation and had done some research on Google,” Chung says. “I knew my best choice was to head 90 degrees away from the bull’s path, constantly changing my direction to keep moving perpendicular to the bull’s path.

“I took a quick handheld photo with the D7100 on a mild telephoto setting, and went to my left, yelling ‘Yea ha!’ at the top of my voice and opening my arms wide to look bigger. The bull steered off to the right, and I continued to the left as we made a circle around the camera and tripod I had decided to leave behind.”

Thankfully, it turned out the bison was curious about Chung’s camera gear than about Chung — perhaps it wanted to review the photos Chung had taken of it. 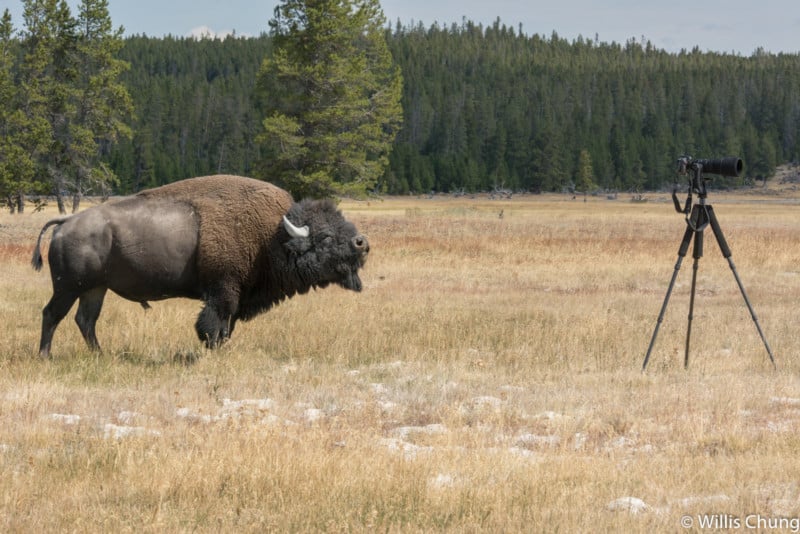 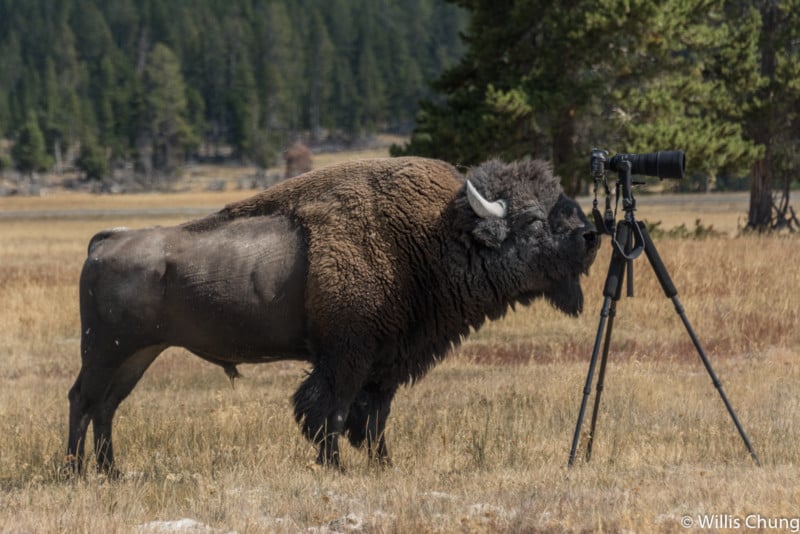 “After looking at me once, the bull very carefully approached the rear of the camera on the tripod and sniffed the shoulder strap hanging from the camera,” Chung says.

Then, after another sideways glance at Chung, the bull seemed satisfied and continued walking toward his original destination. 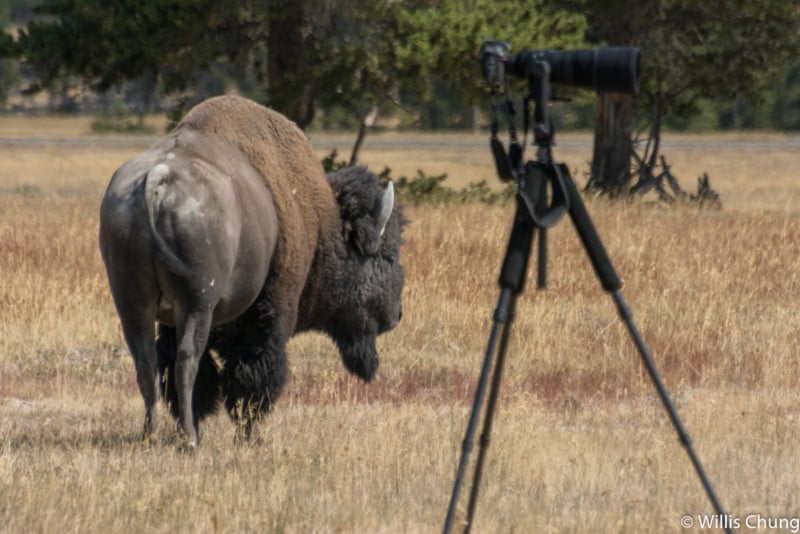 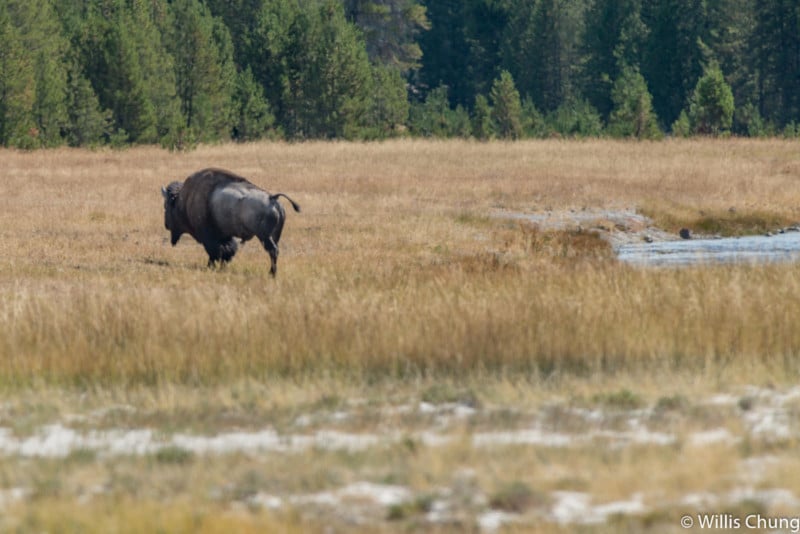 “[I]t was never my intention to become an object of curiosity to the bull!” Chung says. “Making sure I wasn’t going to be perforated was my chief priority for a little bit. Once I got to a decent distance I was a bit shaky. I settled down once it was clear that the bull wasn’t interested in me.”

And despite receiving the scare, Chung says he’s happy to report that his pants stayed clean and dry through the encounter.

Image credits: Photographs by Willis Chung and used with permission