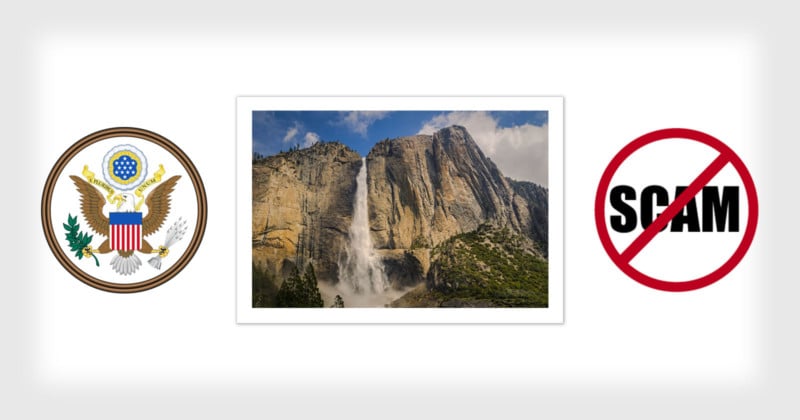 This post is about a photo print purchase that sounded like just like a scam, and I blame “Nigerian Prince” 419 scammers for almost having missed a real sale. But my photos now hang in a US embassy.

Note: (Read as: The Announcer from the old TV Series, Dragnet) “Ladies and gentlemen, the story you are about to see is true. The names have been changed to protect the innocent.”

I’m sure we’ve all received an email from a Nigerian Prince who desperately needs our help to inherit millions of dollars from her deceased military uncle. We are promised rich rewards as long as we help them by paying the bank transfer fees.

The photo print sale scam has been working its way around the Internet. This is where someone reaches out to a photographer through their website asking to buy a bunch of photo prints and to ship them to an international destination. The scam was relatively simple; they were never really interested in the artwork as much as getting the photographer to pay some exorbitant fees for shipping and importing them to the international destination.

The scammers would tell the photographer they need to use a specially designated shipping company. Unfortunately, the shipping company was fake and as soon as the photographer paid the fees, all contact would cease and the scammers were now long gone with the money. Sadly, a friend of mine recorded a video/warning of his experience after he fell victim to this exact scam.

In this case, I clearly recall when I got the first email; I was teaching a weekend photo workshop in a location that was known for having very little cell service. After shooting at the only location that had cell service, I remember quickly scanning my inbox and finding an email which briefly said something along the lines of being interested in purchasing many large prints and sending them to Afghanistan. At that point, having already known of this ploy, my brain said, “Yeah, right; SCAM!” I promptly deleted the email and joked with one of the workshop participants about someone had just tried to scam me.

Then something strange happened: a few days later my (home) office phone line rang at 4:00 am. I’m not sure why, but I hopped out of bed and answered the call. In a very thick foreign accent a gentleman says, “Hello, my name is Nasher. I am calling from Afghanistan. I want to make sure you received my email. I will resend, and please make sure to respond soonest.”

As soon as I hung up, my very first thought was that these were some pretty persistent and inventive/aggressive scammers to be calling me and asking me to make sure I respond to their email.

When I turned on my computer later that morning, there was an email saying they wanted to purchase 6 large photographic prints approx 40×60″ each for placement at the U.S. Embassy in Kabul, Afghanistan. (Again I thought, “Yeah, right.”) If nothing else, I had to give these scammers some credit, since that was a pretty inventive hook.

But unlike the previous scam, this email didn’t have lots of major red warning flags, and there were a few interesting aspects worth noting. First, the shipping address was a place in New Jersey. Second, the email address had a .gov suffix. Well, email addresses can easily be spoofed, and a quick look on Google maps showed a rural highway with a gas station and a nondescript warehouse. (Brain: “Yup; most likely a scam.”)

However, I decided to go along by providing a quote for the prints to see where this might lead. They did ask that I include shipping costs in the quote, which I thought odd, knowing how the scam works, since it meant I could possibly use my own shipping service. My guess was the scam might be tied to some unexpected ‘Import Fees’ that would be assessed later.

I mentioned I would need payment in advance, and because it was an international sale, a 30-day hold to make sure funds were cleared — not just available — before I could process the order. To that end, I was told, “No, the Gov’t doesn’t work like that. We require the prints in hand before we can process payment.” Well, that didn’t sound good, knowing the cost to produce a half-dozen 40×60″ prints. At this point, a few of my photo friends and family members were now also telling me, “It’s a SCAM!”

To make matters worse, I was told I had to get a ‘special registration number’ from a (possibly spoofed) website that required entering all of my personal and business information, as well as to provide my bank account information to the people in Afghanistan. (Brain screaming: “Aw, Hell no! This has got to be one hell of a SCAM.”)

I could/should have just dropped the whole thing right then, but something prompted me to investigate further when I noticed that an email had been cc’d to three other people, all of whose email addresses ended with the .gov suffix. I mean, that right there got me a bit more curious.

So, how do I convince myself this isn’t just an elaborate scam?

I then went back to Google Maps to take a closer look at the shipping address via the Street View, at which point I noticed the very nondescript warehouse was flanked by some pretty high-profile video security cameras. (Brain: “Hmmm, that’s interesting…”)

I then investigated the site that they wanted me to register with, known as SAM, in which having the special registration number is legitimately a prerequisite for doing business with the government.

Ok, the green flags are starting to pile up, but sending my bank info Afghanistan was still a big “Nope.” Despite friends telling me it was still a scam, and knowing at worst I could lose the cost of producing the prints, my gut was starting to tell me this was on the up and up.

But just in case it still all turned out to be a scam, I decided to protect myself a bit more by opening an entirely new bank account that would be used solely for the purpose of this sale. I would give them an account number that had no money in it and was not connected to any of my other accounts. When they (hopefully) did pay, I could leave the check it that account for several months to make sure the payment was legitimate.

When it was confirmed for me that the warehouse in New Jersey was the main staging point for materials being sent out to all the embassies, I decided to proceed with the order. I wound up working with a company in Chicago called Artmill that provided proof and finished prints as well as documenting all of the packaging for shipping that would handle the rigors of international travel. 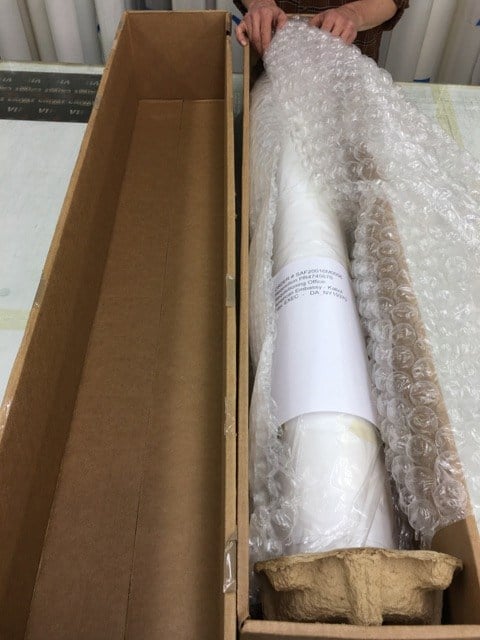 Once everything was done and the prints had shipped, I soon received the full payment for my quote deposited directly into my newly established bank account.

Several weeks later when following up, I learned that the prints had never arrived and couldn’t be found in their warehouse — despite having a signed delivery receipt — e.g., the closing shot from Raiders of the Lost Ark. After a few days of searching, the box was found and the prints were finally delivered to the US Embassy in Kabul, Afghanistan.

Initially, it walked, talked, and smelled like the classic Photo Print Purchase Scam, but in the end, it wasn’t. However, I still blame the Nigerian scammers because I almost tossed this sale in the proverbial (email) garbage can. The saving grace in both of these potential scam instances was a careful examination and investigation of potential the warning signs weighed against the seemingly green flags. Being vigilant is key to making sure you’re not being taking advantage by scammers or missing out on a sale to a real client.

P.S. Earlier this year, I WAS also targeted by a real photo scammer.

About the author: Gary Crabbe is an award-winning commercial and editorial outdoor travel photographer based in Pleasant Hill, California, just outside San Francisco. The opinions expressed in this article are solely those of the author. Crabbe is also an award-winning author, photo editor, and workshop instructor. You can find his work on his website, Facebook, Twitter, and Instagram. This article was also published here.

Image credits: Not scam image by Anecdoteak and licensed under CC BY-SA 3.0

MIOPS Capsule360: The World’s ‘Most Compact and Versatile Motion Box’